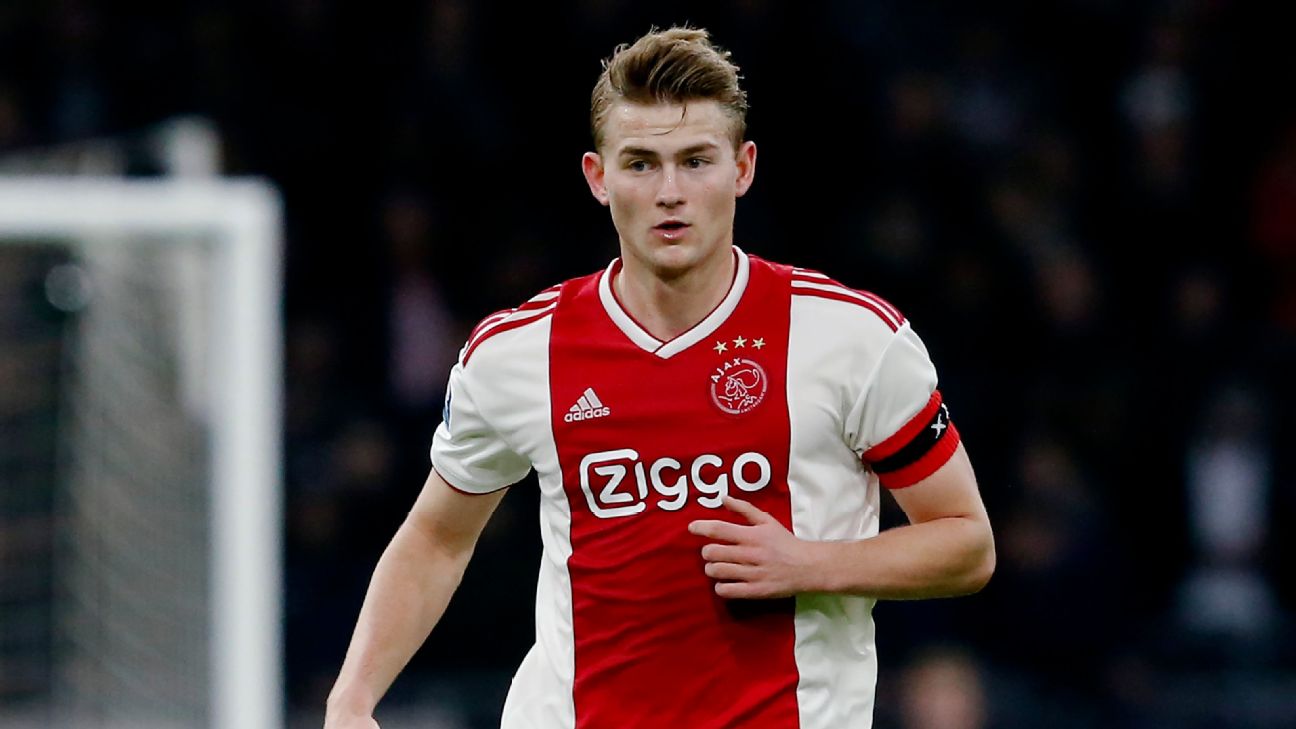 Barcelona are optimistic that they will win the race to sign Ajax defender Matthijs de Ligt this summer, sources close to the club have told ESPN FC.

De Ligt, 19, is keen to move to Camp Nou, where he would join up with Ajax teammate Frenkie de Jong, who will move to Barca this summer for an initial €75 million.

Despite Barca’s optimism, though, sources have also told ESPN FC that there is still work to be done to get the De Ligt deal over the line.

Barca believe they have the cash to fund a move for De Ligt despite already committing to pay big money for De Jong, but the club’s rising wage bill dictates that there will also have to be sales this summer if they land the Netherlands international.

Club president Josep Maria Bartomeu has upped his involvement in the negotiations, as he did to help secure the signing of De Jong in January. Bartomeu even said last month that signing De Ligt “is on the table.”

Bartomeu’s excellent relationship with Ajax is aiding talks between the two clubs but the obstacle which is slowing down a potential transfer is the negotiations with Mino Raiola, De Ligt’s agent.

Raiola hopes to make a huge commission by moving the defender on from Ajax but Barca do not want to pay it — not to him or to any other agent.

Barca believe De Ligt’s desire to follow De Jong to La Liga will end up helping them in their aim.

The Spanish champions are well covered in the centre-back positions. Gerard Pique and Clement Lenglet have been in great form this season, while Samuel Umtiti has just returned from injury. Jean-Clair Tobido, a January signing, is also tipped to have a big future in the game.

Thomas Vermaelen, though, will leave for free in the summer and Barca do not plan on exercising an option to make Jeison Murillo‘s loan deal permanent, creating space for one new defender.