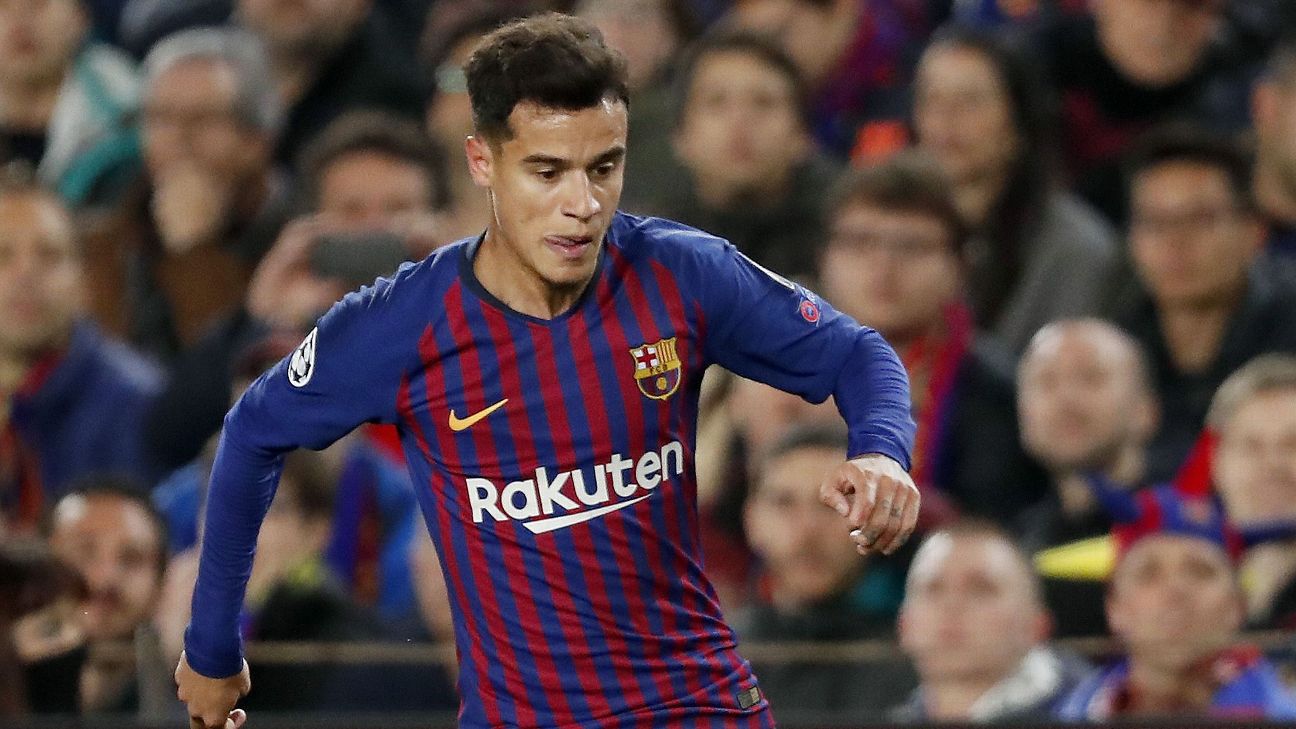 Barcelona are open to selling Philippe Coutinho should they receive a bid upwards of £90 million, despite the Brazil international’s desire to stay, sources have told ESPN FC.

Coutinho has been in and out of the starting lineup this season, and was even booed by his own supporters during a 3-1 victory over Rayo Vallecano. The 26-year-old has been linked with a move away and while there have been no official bids, there is interest in the midfielder.

“Barcelona do not have a firm offer from any club at this point, but some have expressed an interest in the player,” a source at the club told ESPN FC. “Key people, who are either directly or indirectly linked with various clubs have been following the situation closely.”

Manchester United and Chelsea are among the sides linked with a move for Coutinho.

He is hoping to be given a longer run in the first team before the end of the campaign. In 41 matches this season, he has contributed nine goals and five assists –and he has generally struggled to live up to his price tag since his £105m move from Liverpool in January 2018.

Despite his issues on the pitch, it is understood Coutinho is considered a popular member of the team.

“He is generally a very happy player who enjoys training, but when he goes onto the pitch, something happens and it doesn’t go well,” the source added. “He has more than enough quality to be a starter and we hope he regains his confidence.”