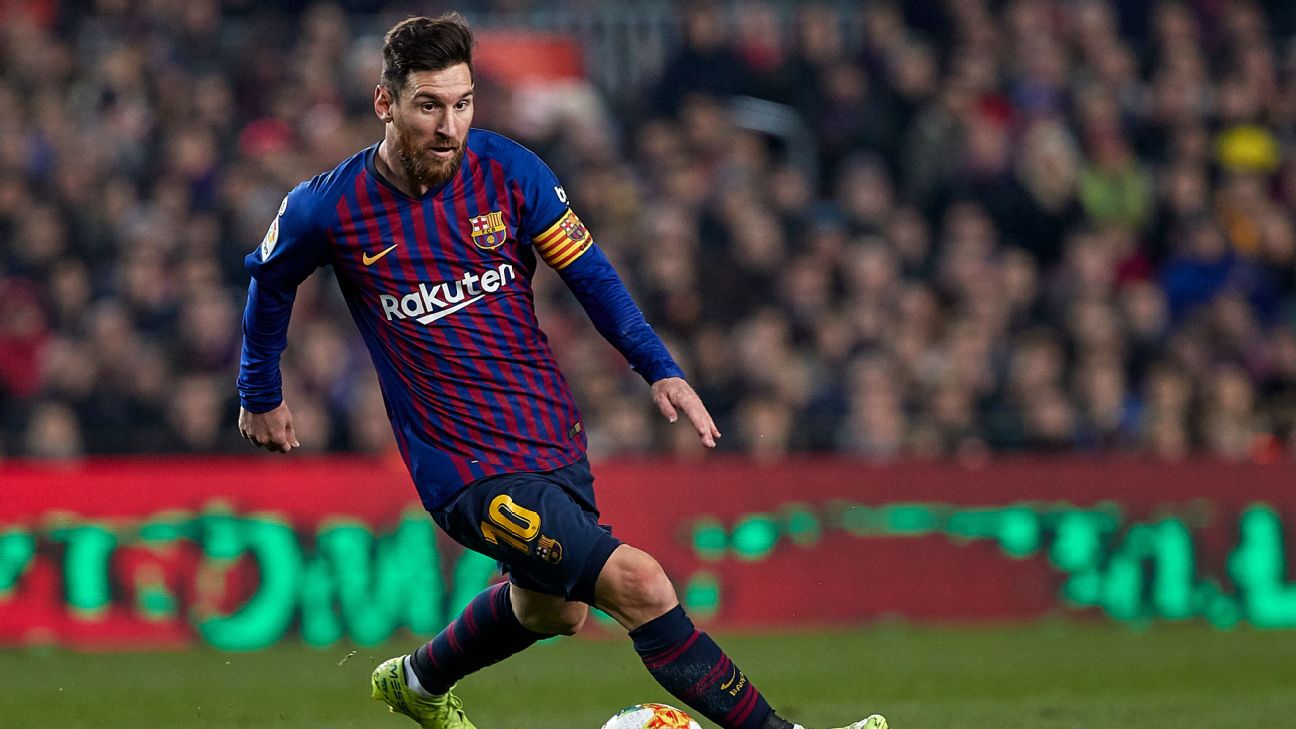 Lionel Messi and Ousmane Dembele have both passed fitness tests and been named in Barcelona’s squad for Sunday’s game against Athletic Bilbao at San Mames.

Messi, who only played the final 30 minutes of Wednesday’s draw against Real Madrid, has been included despite an ongoing thigh problem. Dembele, meanwhile, returns following three weeks on the sidelines with an ankle sprain picked up in the win over Leganes last month.

Barca boss Ernesto Valverde said Messi will start against Athletic if he is feeling fully recovered from the injury he suffered against Valencia last Saturday.

“The other day we didn’t want to risk him from the start [against Madrid] in the Copa [del Rey],” Valverde said in a news conference on Saturday. “It is a similar situation this weekend.

“It will depend on him and how he feels. He is good, but let’s see what he tells me. If he’s 100 percent, he will start. If he’s not, we will have to make a decision.”

France international Dembele, who has scored or assisted eight goals in his last 10 outings, is less likely to start after missing the last five games. Leaders Barcelona will definitely be without left-back Jordi Alba and midfielder Arthur. The former is suspended and the latter is out for a month with a hamstring injury.

“In Arthur, we lose a player that gives us control of the game,” Valverde said. “We have options [to replace him].

“There is no one exactly like him, but we have [Carles] Alena, Arturo Vidal and [Philippe] Coutinho. But replacing a player like Jordi is always a problem.

“There is no natural [replacement in the first team] but we have alternatives. We could use a right-back there, a left-footed centre-back or a B team defender.”

Barca could open up an eight-point lead at the top of the table with a win in Bilbao after Real Madrid beat Atletico on Saturday to leapfrog their city rivals into second place.