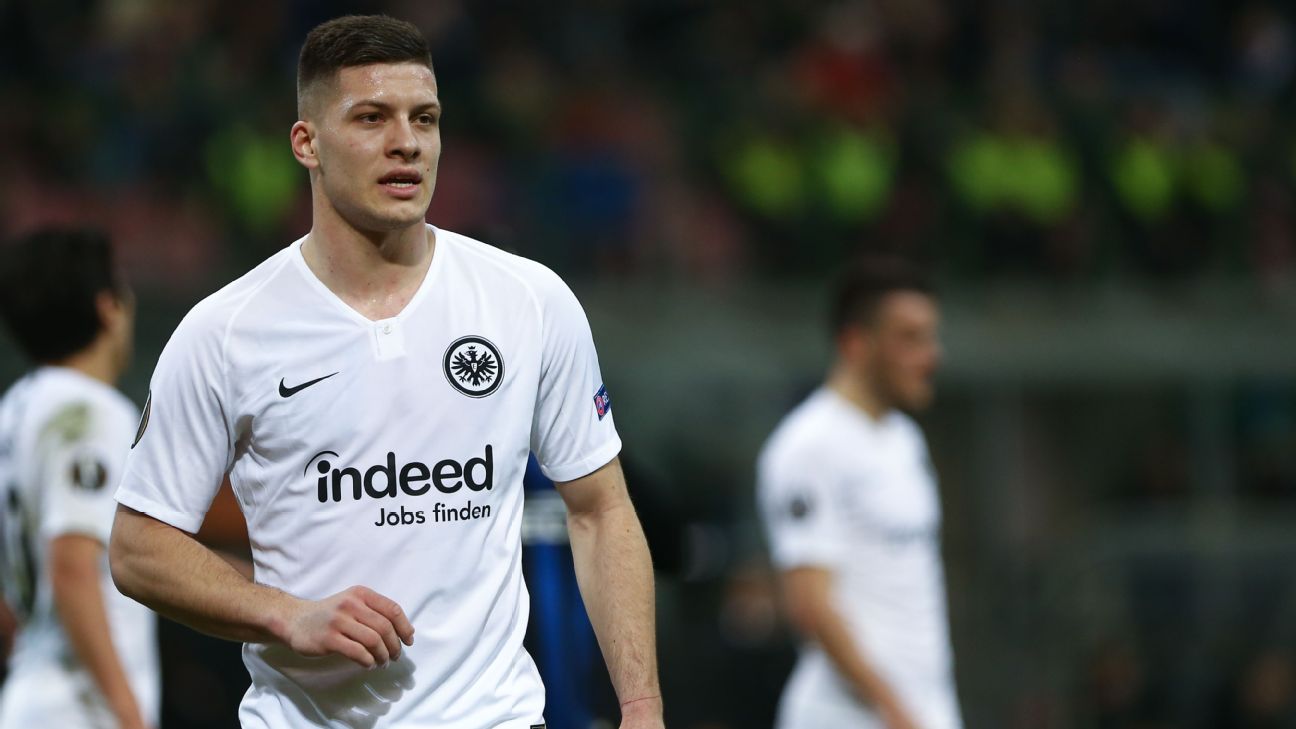 Barcelona have watched Luka Jovic over 20 times but will face stern competition from Bayern Munich if they decide to make a move for the Eintracht Frankfurt forward, sources have told ESPN FC.

Jovic, 21, is one of the attackers Barca are following as they eye a long-term replacement for Luis Suarez, who is 32. Manchester United’s Marcus Rashford, who is out of contract in 2020, is another option but the Catalans liken their chances of landing the England international to dating Cindy Crawford.

Barca have ramped up their coverage of Jovic in recent weeks. Goran Vucevic, the club’s scout in Germany and the Balkans, and Bojan Krkic, the Stoke City player’s father, have done the majority of the scouting to date but they have passed the responsibility up the chain in recent weeks.

General manager Pep Segura, sporting director Eric Abidal and his assistant Ramon Planes were all present to see Jovic score the winner when Frankfurt knocked Inter Milan out of the Europa League at the San Siro before the international break.

The three were left impressed by the striker’s work rate and eye for goal and Abidal took the decision to watch him again for Serbia during their recent fixtures against Germany and Portugal — he scored against the former but didn’t feature against the latter.

There was a time when Jovic’s behaviour raised some questions during his early years at Benfica — who still own him — but he has matured in Germany since becoming a father.

Fali Ramadani, Jovic’s agent who lives on the Spanish island Mallorca, has been in contact with Barca. The forward wants to move to Camp Nou but no one at the club or in the player’s camp is prepared to make public comments at this stage.

If Barca do decide to make a move for Jovic this summer, they know they will face fierce competition from German champions Bayern.

Bayern find themselves in a similar position to Barca, who are looking for Suarez’s heir. The Bavarians are keen to recruit someone who can fill Robert Lewandowski‘s boots.

Niko Kovac, the Bayern coach, is desperate for the club to move for Jovic. It was Kovac, as Frankfurt manager in 2017, who was behind the signing of the Serbia international on a two-year loan deal from Benfica.

Frankfurt have until May 31 to pay the €6 million fee which would allow them to make that loan move permanent. Benfica would then receive 20 percent of any fee over €6m if Frankfurt were to sell Jovic immediately.

Benfica would like to have a more active role in any potential negotiations but there is nothing they can do if the German side exercise their right to sign Jovic on a full-time basis.