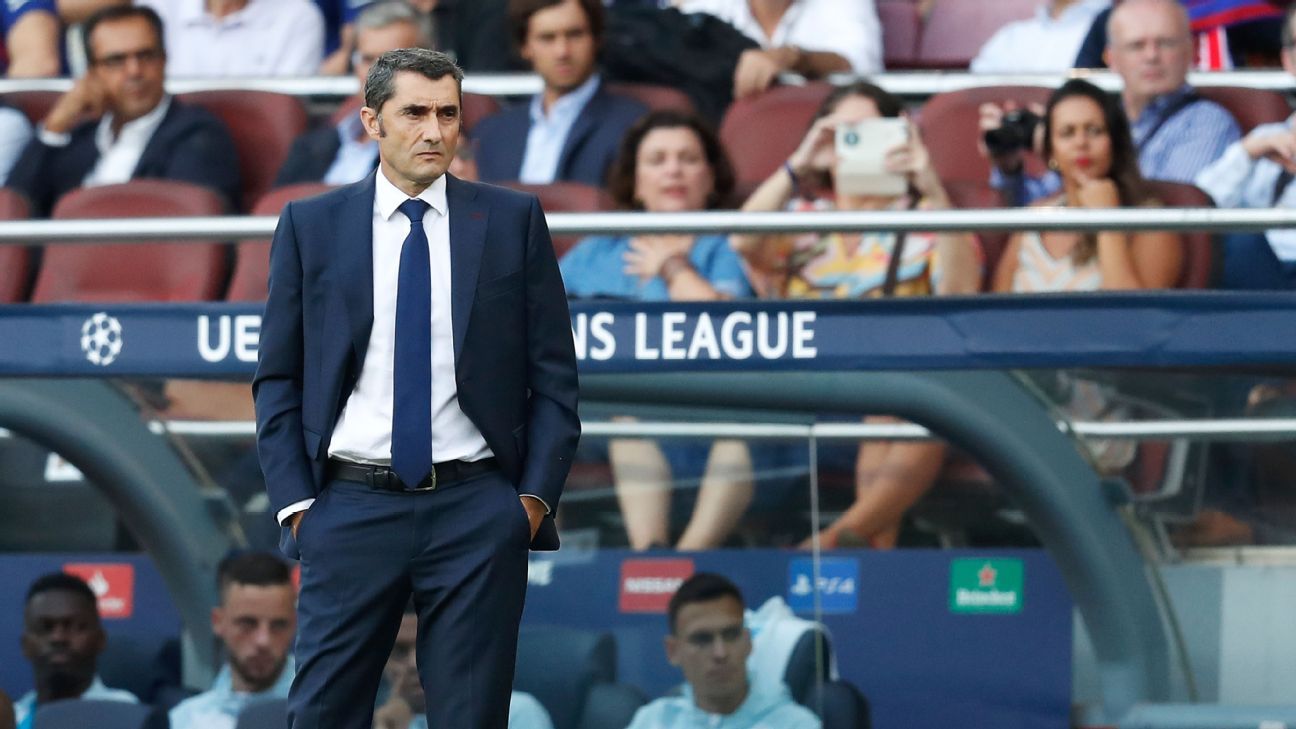 Barcelona manager Ernesto Valverde said his team is prioritising winning La Liga over the Champions League, while warning the European cup competition can “betray you” in 15 minutes.

The Catalans are 10 points clear of second place Atletico Madrid, whom they host on Saturday, and begin their Champions League quarterfinal tie with Manchester United on April 10.

And Valverde said the sustained challenge of competing over an entire season makes winning La Liga the true mark of how Barcelona judge success ahead of Tuesday’s midweek match against 17th placed Villarreal.

“Historically when Barca have won the Champions League, they’ve won La Liga too,” Valverde said in a news conference on Monday.

“I know that’s a competition which the fans love, the players and everyone, but the Champions League can betray you in any game, in 15 bad minutes.

Barcelona know a 26th La Liga title is within reach if they continue their winning ways regardless of what the chasing pack do, and Valverde said he expects stiff competition in all his team’s remaining matches.

“There are nine games to go and if we win six, we are champions,” Valverde said. “In the final games of the season the teams at the bottom always take a lot of points.

“We don’t have to look further than the games this week, Celta, Huesca, Rayo, they’re all going to do everything they can and we must be prepared for these type of games.”