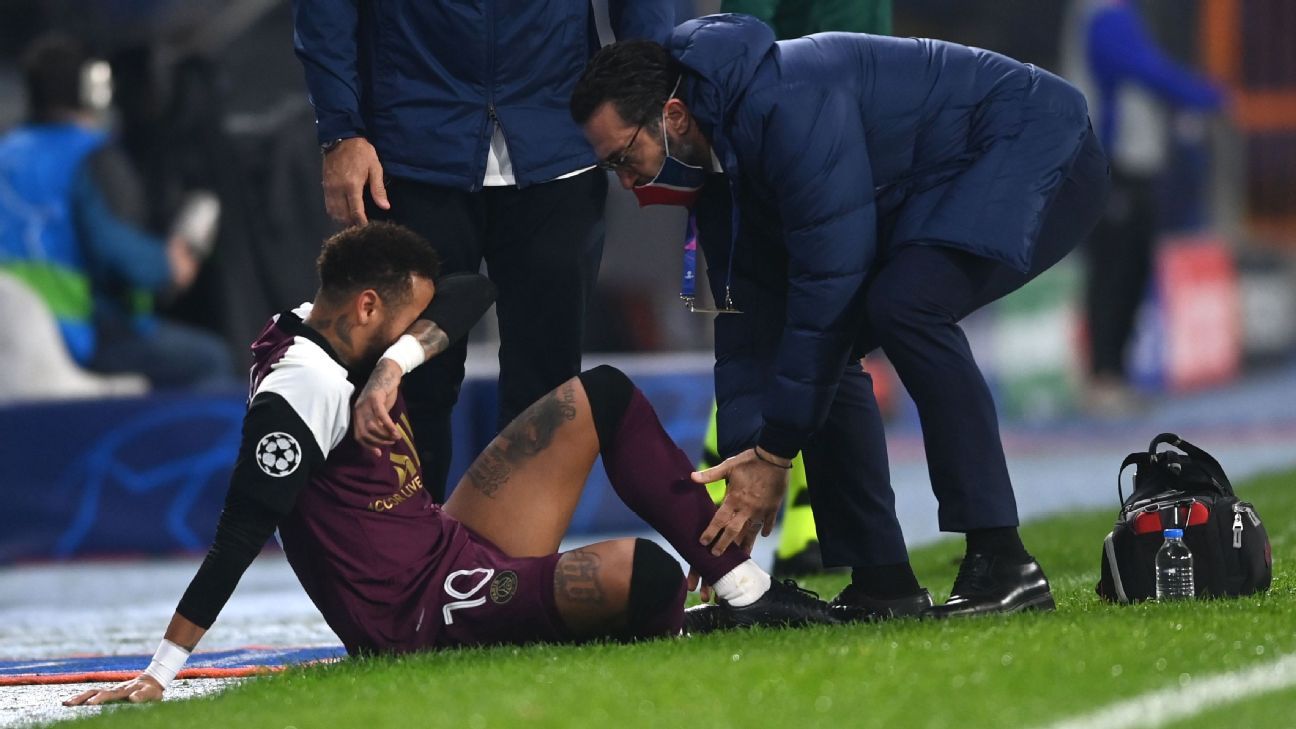 Paris Saint-Germain and Brazil star Neymar is expected to miss almost four weeks of action after suffering a groin injury against Basaksehir in the Champions League earlier this week, sources have told ESPN. The Brazilian had a scan which revealed a small tear in his left adductor.

Neymar has been ruled out for for PSG’s Ligue 1 games against Nantes and Rennes as well as a Champions League clash against Leipzig next week. He is also expected miss Brazil’s World Cup qualifiers against Venezuela and Uruguay on Nov. 14 and 17, respectively.

“We are sad because he has a small adductor injury. I don’t think it is possible that he plays with Brazil. If he plays, that means he is not injured and that’s a bad message. The news for me is that [he] will return after the break,” said PSG manager Thomas Tuchel at his Friday news conference.

PSG have informed Brazil boss Tite and his medical staff of the situation, sources told ESPN. Neymar has also been in contact with the national team and has yet to be officially announced out of the squad.

Neymar’s likely return would be in PSG’s Ligue 1 match against Monaco on Nov. 20. However, he wants to be involved with Brazil as he is chasing Pele‘s Selecao goal-scoring record. Neymar, currently on 64, recently overtook Ronaldo and stands only 13 behind the three-time World Cup winner who finished his Brazil career with 77.