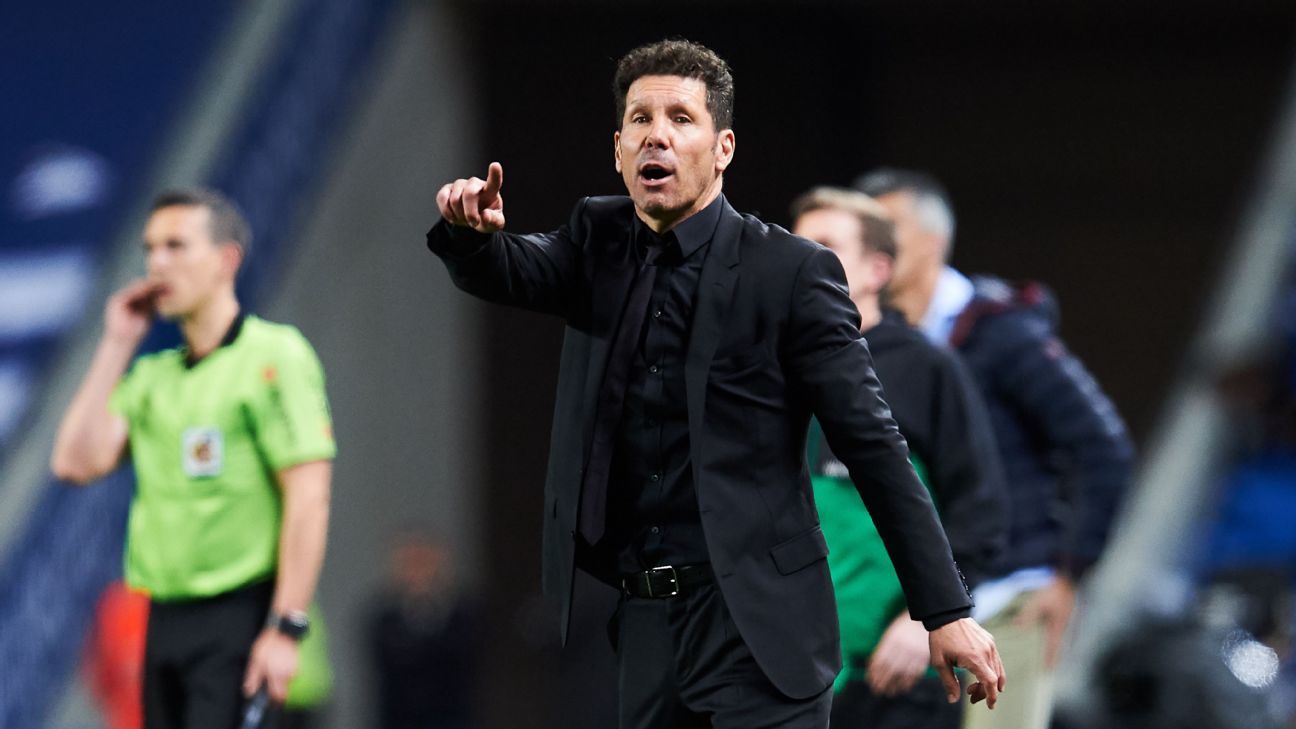 It means Simeone will be able to take his place on the bench for next Tuesday’s return game in Turin — with UEFA having decided the Argentine was guilty of “improper conduct” but that the offence only merited a €20,000 fine.

Simeone reacted to Jose Gimenez firing Atletico in front by turning to his own team’s fans behind the bench and grabbing his crotch in jubilation — amid delirious scenes at the Wanda Metropolitano.

“I wanted to show our fans that we have balls, a lot of balls,” Simeone said when asked about the gesture at the postmatch news conference.

However, he later apologised for making the gesture.

This is not the first time that Simeone has been in trouble with UEFA, having received a four game sideline ban for insulting the referee during last season’s Europa League semifinal first leg at Arsenal — which meant he missed his team’s 3-0 victory in the final against Marseille.

An on-pitch altercation with Real Madrid defender Raphael Varane towards the end of extra-time as Madrid beat Atletico 4-1 in the 2014 Champions League final also saw UEFA give Simeone a one-game ban which he served in the following season’s competition.