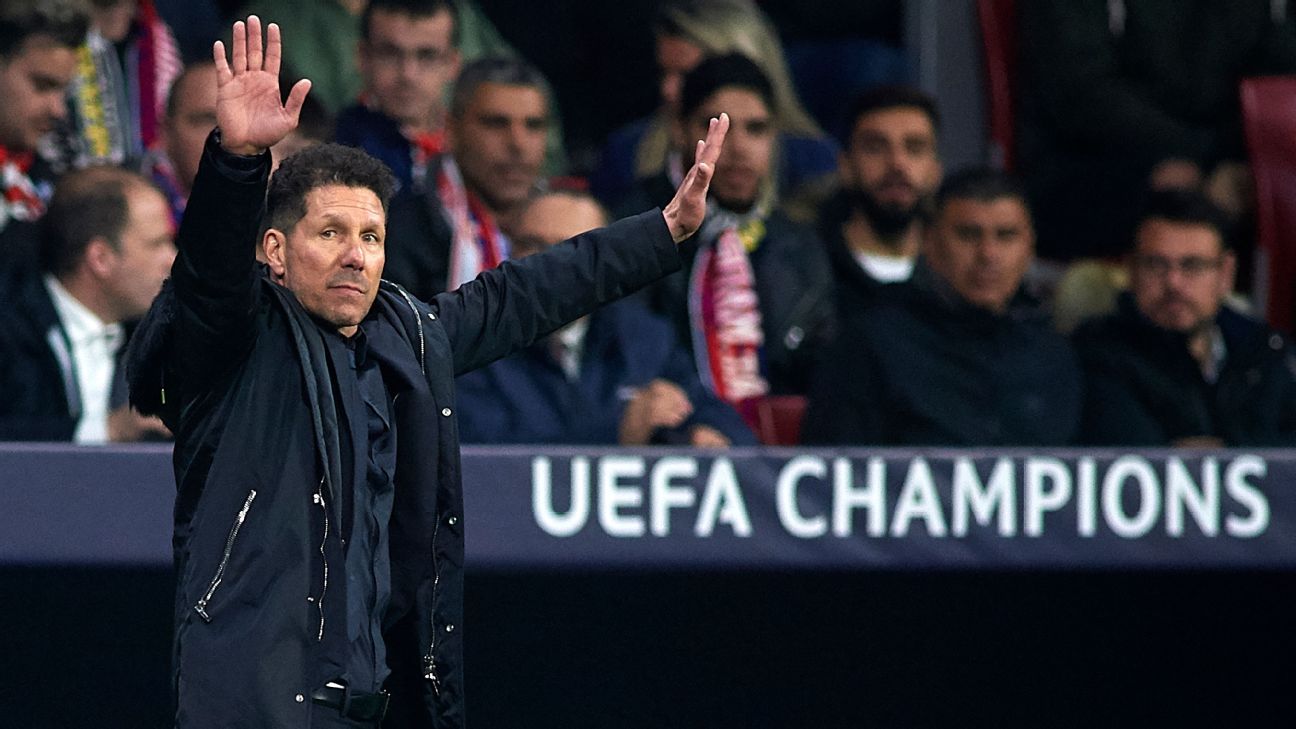 UEFA has charged Atletico Madrid coach Diego Simeone with improper conduct for an obscene gesture after his team scored against Juventus in the Champions League.

After Atletico defender Jose Maria Gimenez scored the first goal late in a 2-0 win on Wednesday, Simeone turned to his team’s fans and made the gesture.

UEFA says its disciplinary panel will judge the case at a later date. Simeone could be banned from a future game.

The second leg in Italy will be played on March 12.

Juventus coach Massimiliano Allegri also faces an improper conduct charge for his team being late on the field for kick-off.