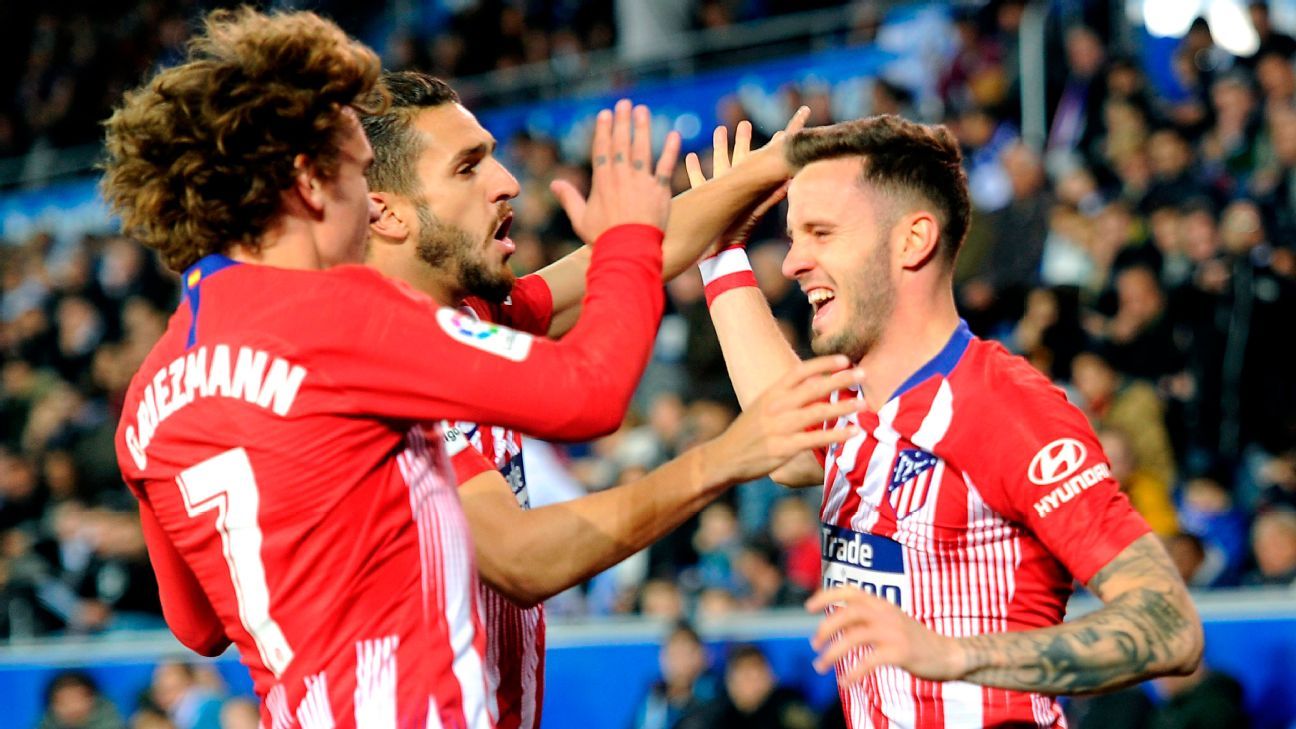 Atletico Madrid thrashed Alaves 4-0 on Saturday to keep alive their faint hopes of winning the La Liga title as they stayed 10 points behind leaders Barcelona in second place in the standings.

Diego Simeone’s side dominated at Mendizorroza and triumphed with goals from Saul Niguez, Diego Costa, Alvaro Morata and Thomas Partey.

Costa’s strike was the pick of the bunch, a curling effort in off the far post from outside the area, until Thomas struck a sublime shot into the top corner from distance.

Hosts Alaves, fifth in the table, spurned the chance to climb into the Champions League qualifying positions by overtaking fourth-placed Getafe, who earlier lost 2-0 to Leganes.

“Today we were excellent, tactically from the start we were superb, we were on our game,” Saul said. “We have to fight, that’s all there is to it.

After Champions League elimination by Juventus and defeat by Athletic Bilbao last weekend, Atletico were back to their ruthless best.

Saul drilled home the opener at the near post in the fifth minute after Antoine Griezmann found him on the left of the box.

The former Chelsea forward was taken off with an injury but Morata, on loan from the same London club, extended Atletico’s lead in the 59th minute after being sent through on goal by substitute Thomas Lemar.

The French winger impressed and set up a chance for compatriot Griezmann, who lobbed Fernando Pacheco but saw the ball strike the post.

The goalkeeper could do nothing about Thomas’s missile which rounded off an impressive win for Atletico, who face Girona on Tuesday before taking on Barcelona next Saturday.

“We were up against a side whom you have to start well against and when they scored a couple early on it made it hard for us, they have a lot of quality in attack,” said Alaves defender Rodrigo Ely.

“When Atletico play as well as they do you have to start well and we didn’t. We have to forget about this game, it’s a learning curve.”