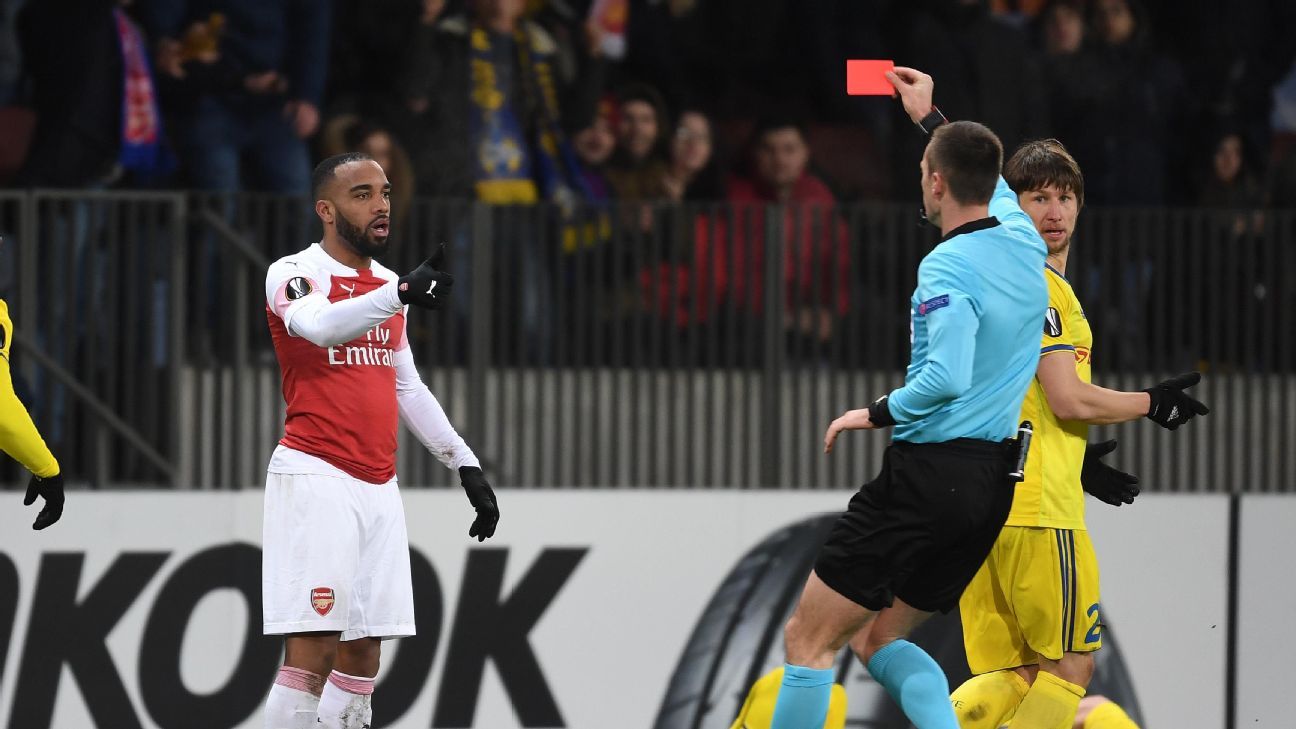 Arsenal pressured the Belarusian club — who hadn’t played a competitive match since Dec. 13 — early in the match but BATE weathered the storm and began to take advantage of the Gunners’ lapse defending.

BATE got the game’s lone score in the 45th minute when Maksim Stasevich delivered a perfect volley off a set-piece to Dragun for a emphatic header over Arsenal goalkeeper Petr Cech.

Alexandre Lacazette seemingly pulled it back for the visitors in the 55th minute with a near-post shot but was ruled offside.

Lacazette’s late sending off completed an evening to forget for the Premier League side. The French forward was shown a straight red card in the 85th minute for lashing back in frustration at Aleksandar Filipovic with his elbow, catching the Serbian defender in the face.

Following the match, Arsenal manager Unai Emery said he wasn’t worried about the result and trusted that his players would be able to turn the tie around in the second leg.

“I trust in our players and I trust in our stadium and supporters,” Emery said. “There are two matches. Tonight’s match is important but we can’t [be knocked out in it], we are going to play a second match next week.

“I trust in our work to prepare for the next match and to have a different result at Emirates Stadium.

“I respect [BATE] and I know about them because we watched matches they played. An organised team, defensively a good team and good at transitions. We worked to stop them in these actions but they scored one goal and in the transitions we worked well to stop another situation defensively for us.

“Then in the attacking moment we had the chances, more than them, but the goalkeeper and the last action for us was not efficient. But we did our all to win the match.

“It’s the first 90 minutes. I know it’s more difficult here as we [didn’t] take a better result, but the next match at the Emirates we are going to continue our work today and I want to work to take better attacking moments with more efficiency and to win the match.”

BATE will travel to London for the second leg at the Emirates Stadium on Feb. 21.

Information from the Associated Press was used in this report.