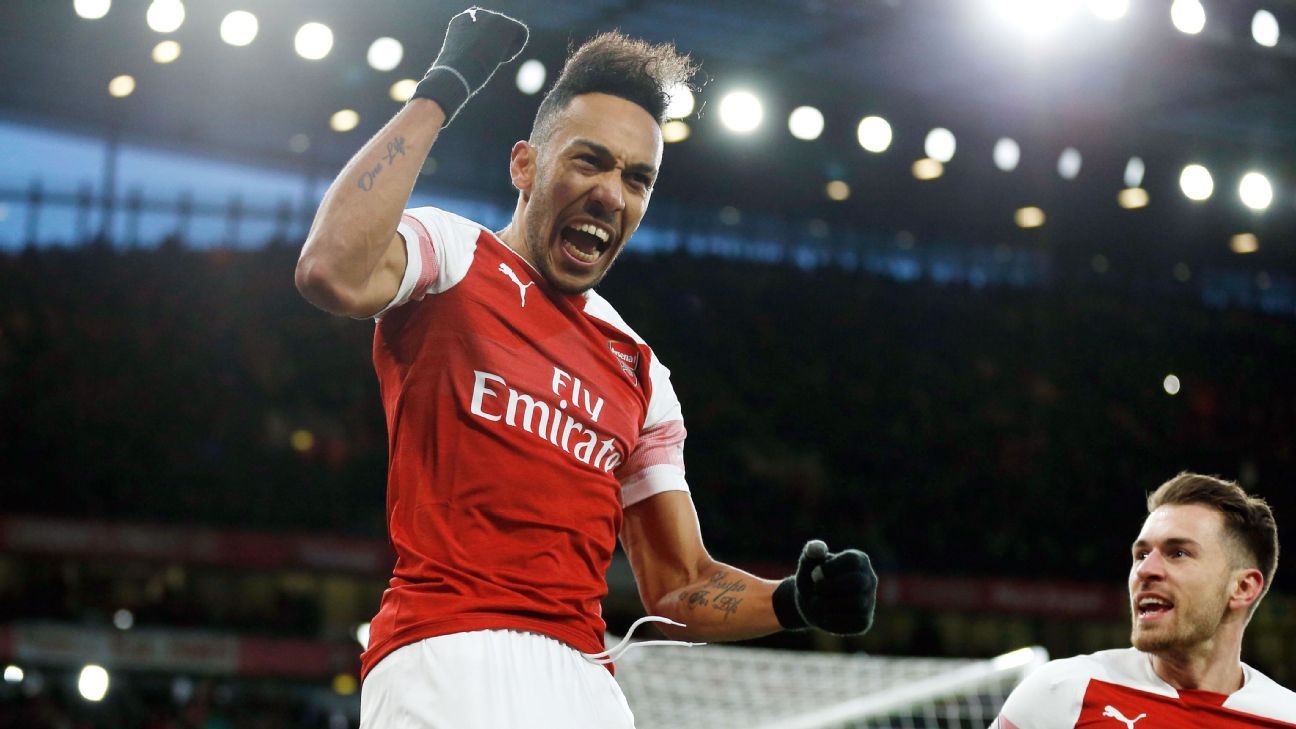 Xhaka opened the scoring after 12 minutes when David De Gea appeared to be deceived by his swerving long-range shot, with Aubameyang sealing the points from the spot after the break.

Lacazette’s strike partner Aubameyang was soon into the action, shooting over, but United clicked into gear and hit the bar when Luke Shaw found Romelu Lukaku.

Paul Pogba threatened when Ashley Young crossed but, with 12 minutes gone, United were behind thanks to an uncharacteristic lapse by De Gea.

There seemed little obvious danger when Xhaka picked up possession around 25 yards out, but the midfielder’s shot left the United keeper standing as it bent into the corner.

Back came United as the open start continued, Fred’s strike beating Bernd Leno but coming back off the post, and at the other end Aaron Ramsey scooped over after a neat build-up.

Lacazette’s powerful shot cannoned to safety off Chris Smalling as the home side looked for a second before Pogba curled an ambitious long-range strike into Leno’s gloves.

Arsenal threatened on the half-hour, Aubameyang fizzing the ball across goal, but United responded as Lukaku tried to find Fred after Leno had blocked his shot but the home side cleared.

Shaw and Marcus Rashford combined down the left but the latter’s cross was cut out before it could find Lukaku, and with half-time seconds away Diogo Dalot’s cross was cleared before Rashford could get a touch.

Nemanja Matic flighted a threatening ball towards Lukaku in the opening moments of the second half but Leno raced out to clear, and Rashford lashed over.

Rashford threaded a pass through to Lukaku, who was denied by Leno, and the England striker then whipped a 25-yard free kick wide of the far post as the United pressure grew.

Leno gathered after Pogba slipped a pass towards Rashford, but after 68 minutes Arsenal broke to win the decisive penalty when Lacazette was adjudged to have been brought down by Fred.

Aubameyang — who had seen his late spot kick saved in the 1-1 draw at Tottenham last weekend — sent De Gea the wrong way to double Arsenal’s lead after 70 minutes.

Solskjaer responded by bringing on Anthony Martial for Dalot and going to a 4-3-3 formation, but Arsenal almost put the game beyond doubt moments later when Lacazette skimmed a shot wide.

A frustrated Pogba went into the book for bringing down Xhaka as the game began to drift away from United, and Arsenal made a change as Mesut Ozil made way for Alex Iwobi.

Denis Suarez came on for Aubameyang and United replaced Matic with Mason Greenwood as the game entered its final 10 minutes before Arsenal almost added a third on the break when Iwobi’s cross was scrambled clear of danger.

As the Gunners saw out the remaining minutes with rain beginning to lash the Emirates, Lacazette was replaced by Eddie Nketiah and Kolasinac went into the book before Rashford missed United’s last chance, heading too close to Leno.