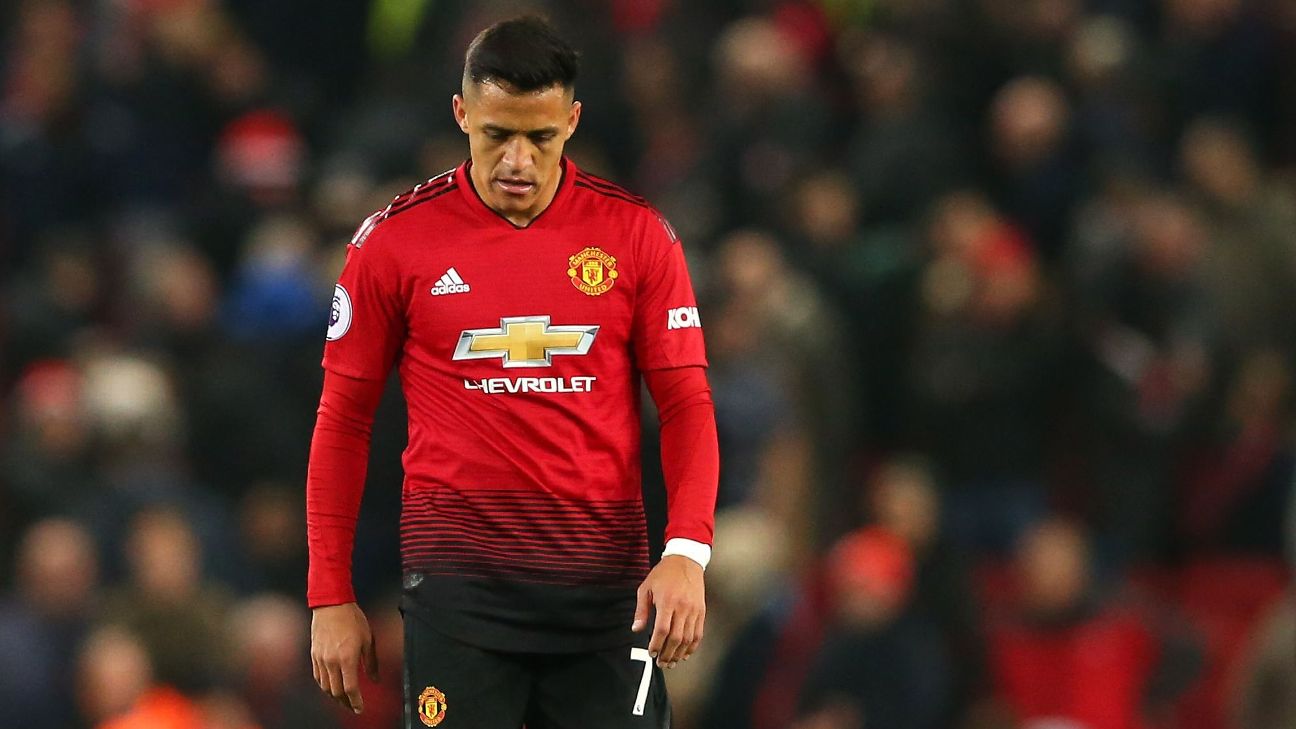 When a BBC Radio Leicester reporter commented about Alexis Sanchez to his co-commentator during Sunday’s game against Manchester United, it wasn’t about the Chilean international’s ability as a player, but the size of his wages.

That is the main talking point when it comes to the 30-year-old, particularly as Sanchez has not played a full game since United faced Leicester on the opening day of the season. He is becoming better known for his vast salary, which makes him one of the highest-paid players at the club, than for what he does when he actually gets onto a pitch.

While other players have surged in confidence and form under caretaker manager Ole Gunnar Solskjaer, Sanchez has yet to show those signs and, more than a year after he signed from Arsenal, he has still to find his feet at Old Trafford.

Injuries have played their part and limited him to 886 minutes this season (Nemanja Matic has played 2,578), but he is being judged over a longer period, and the evidence available — including just five goals in 35 games — makes it clear that he has underwhelmed.

Given that Sanchez has a contract until 2022, when he will be 33, he has time to come good. However, it is implausible to think he will stay another four years if he is not producing the match-winning moments that his talents provided for his previous club.

At Leicester on Sunday, Sanchez made his first league start under Solskjaer but barely made an impact and was replaced after 67 minutes by Anthony Martial, who deserves to start ahead of him. Sanchez gave possession away too often and looked frustrated as he took his gloves off before sitting on the United bench.

His wages are, in part, because he benefited from circumstances when he moved to Manchester in January 2018. He was available on a free, meaning there would be no transfer fee. What should a mid-contract and in-form Sanchez have been worth at the age of 29? £50 million?

He was a versatile, world-class player who had starred in Serie A, La Liga and the Premier League. Moreover, Manchester City’s interest meant an auction situation developed involving two of world football’s richest clubs, while Arsenal were under no pressure to sell the man who had been their top scorer in two of the previous three seasons.

The result was that Sanchez came to a United side worried that City were streaking ahead. Signing a player they coveted killed two birds: They got a top player and prevented City getting one.

There was logic to that reasoning, and I cannot recall United fans who did not want Sanchez to sign. The images of him playing “Glory Glory Man United” on the piano — yes, it was him — went viral, after which everyone settled down and waited for him to improve a team that needed improving.

It did not happen, though. There have been moments — his finish from a tight angle at Arsenal recently was superb — but nothing like the consistency needed to shine at United. Sanchez has not only been hit by injury and lack of form, but has also endured a break-up with his long-term partner as he struggled to settle in Manchester.

He has trained hard, tried hard and earned praise for his attitude from Solskjaer. He is fast, could never be accused of being lazy, always tries to produce a pass and really wants to impress. He also has the backing of fans but, so far, falls into a category of South American players who, for whatever reason, did not find their feet consistently.

Diego Forlan, Angel Di Maria, Radamel Falcao and Juan Sebastian Veron were fantastic footballers who tried hard and integrated better than Sanchez has with his teammates, but found more success elsewhere. Sometimes clubs fit players, and sometimes they do not, but it is too early to write Sanchez off, and United have no intention of selling him; they hope that, like other players, he can come good.

The main issue concerns his best position. At Barcelona, his job was simple: Stretch the game and get the ball to Lionel Messi. Sanchez would take risks and beat players to do that, but his game has changed since he left Camp Nou, and he has become less emboldened. For United, he has played on the left and right and as a central and secondary striker. Both of his goals this season have come as a striker.

If he is to be cut some slack — he is not going to put his own case forward since he rarely talks to the media — then it is to say that it takes time to adapt to a new team and that playing for Jose Mourinho was not easy. Sanchez was admonished for losing possession under his former boss, and while that is something he did too much, at least Solskjaer encourages his players to be bolder, attack-minded and less fearful.

A productive Sanchez, added to Martial, Marcus Rashford, Paul Pogba and Jesse Lingard, would make for a fearful strike force. At least he is fit, and he should be judged more accurately after five or six starts. However, dressing rooms are fiercely competitive places, and Sanchez is hardly a social convener at Carrington.

Given his status, talent and earnings — professional players love to know who gets paid what — he should be a main man, not a peripheral figure. He was bought to be a star; while people will not talk about money if he performs, they will talk about little else if he continues to flounder.