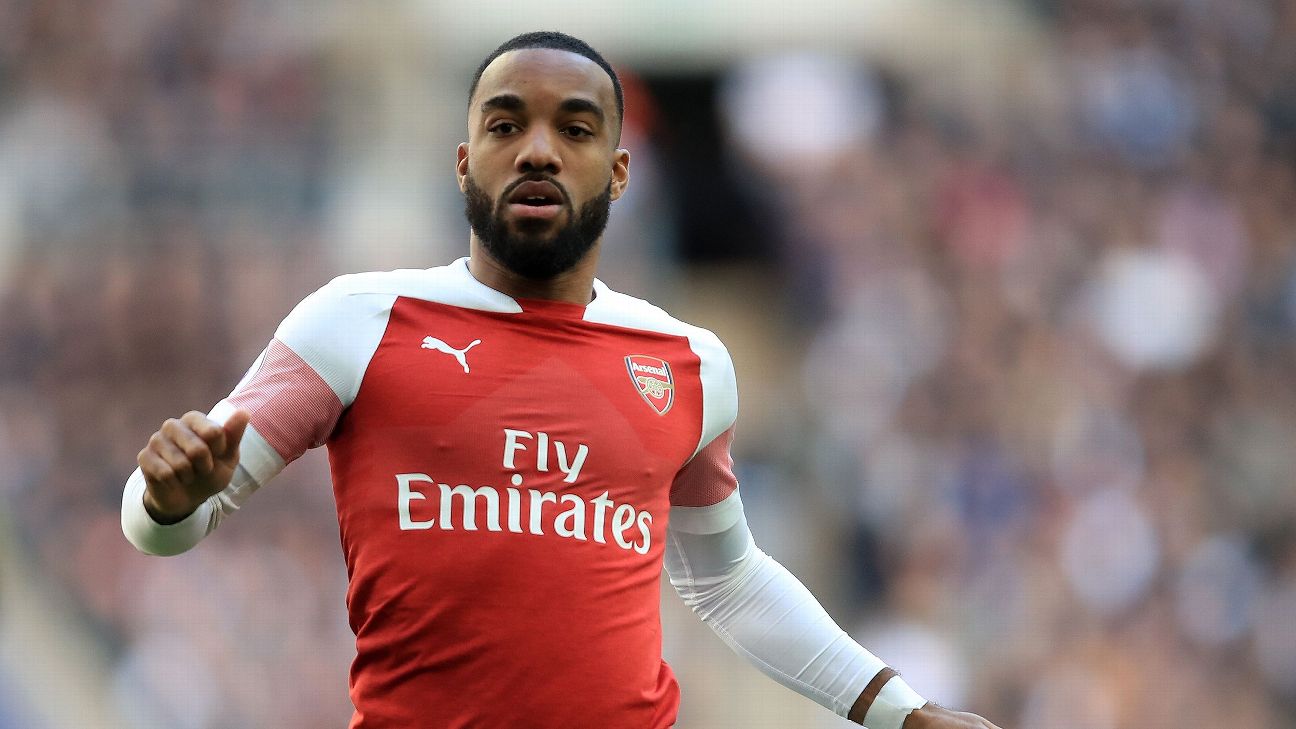 Alexandre Lacazette will be available for Arsenal’s UEFA Europa League round-of-16 second-leg clash against Rennes on Thursday after he saw a three-match ban reduced.

The French forward was sanctioned after receiving a red card for a foul on BATE Borisov defender Aleksandar Filipovic in the first leg of their round-of-32 tie in February.

UEFA initially ruled the foul constituted serious rough play but Arsenal have successfully appealed against the ban, which has been reduced to two games.

“The appeal lodged by Arsenal FC has been partially upheld”, UEFA said in a statement confirming Lacazette had already served both games of his sanction.

Lacazette, 27, saw a goal ruled out in Borisov before seeing red for swinging an elbow at Filipovic in the closing stages.

That meant he missed the second-leg against BATE and Arsenal’s 3-1 defeat in Rennes in the first leg of the round of 16.

The result leaves Arsenal with a mountain to climb at the Emirates Stadium as they bid to return to the latter stages of the tournament.

Defender Sokratis Papastaphopoulos will be missing for Arsenal after he was dismissed for two yellow cards in Rennes.