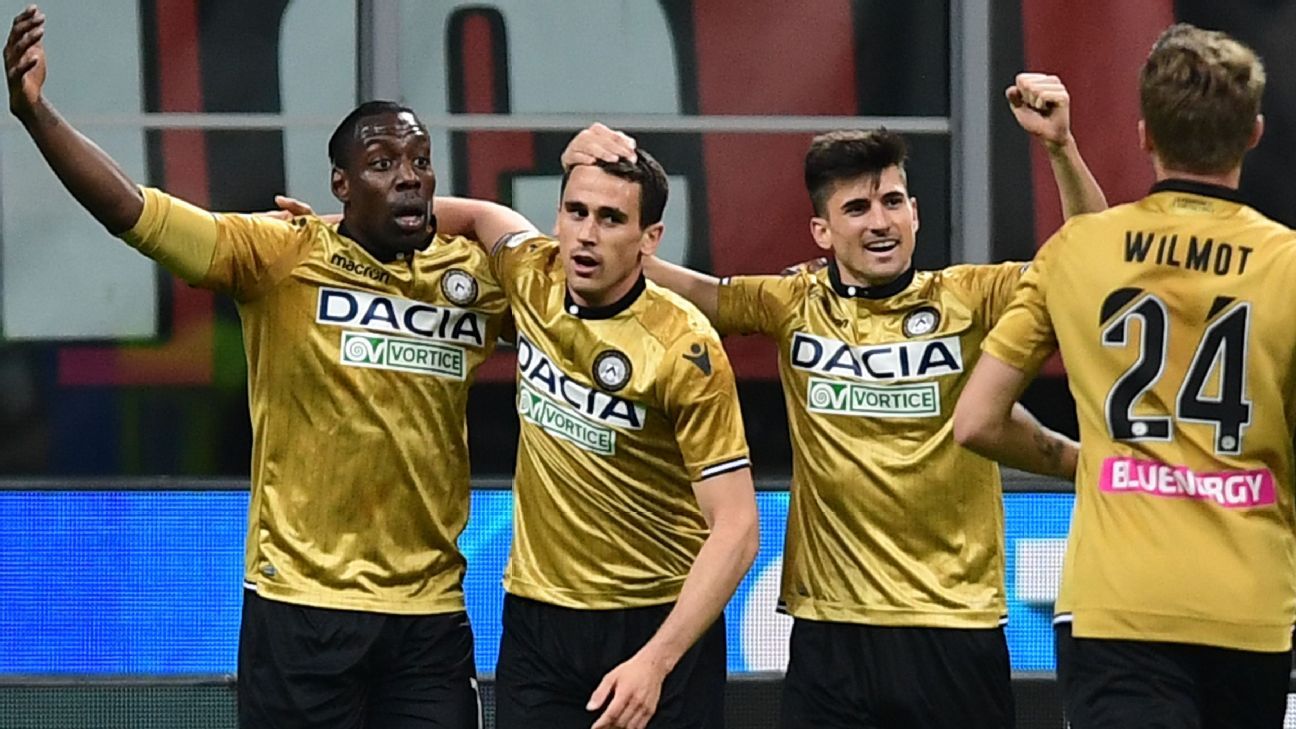 Lowly Udinese held AC Milan to a 1-1 draw at San Siro on Tuesday, equalising on the counter-attack from an opposition corner to hand another setback to Gennaro Gattuso’s team.

Milan, beaten in their last two Serie A games, struggled to create chances and lost both goalkeeper Gianluigi Donnarumma and midfielder Lucas Paqueta to injury in the first half but went ahead in the 44th minute.

Patrick Cutrone’s cross into the middle was met by Krzysztof Piatek whose first shot was saved at point-blank range by Juan Mussu but the Pole headed in the rebound for his 20th Serie A goal of the season.

Milan nearly added a second when a corner was missed by goalkeeper Mussu but Nicholas Opoku cleared the ball off the line and started a lethal counter-attack.

The ball was swept out to Seko Fofana on the left and he squared to Kevin Lasagna who fired past Pepe Reina from 12 metres in the 65th minute.

Milan are fourth, the lowest of the Champions League slots, with 52 points but with Lazio four behind with two games in hand. Udinese are 15th with 29 points, four clear of the relegation zone.