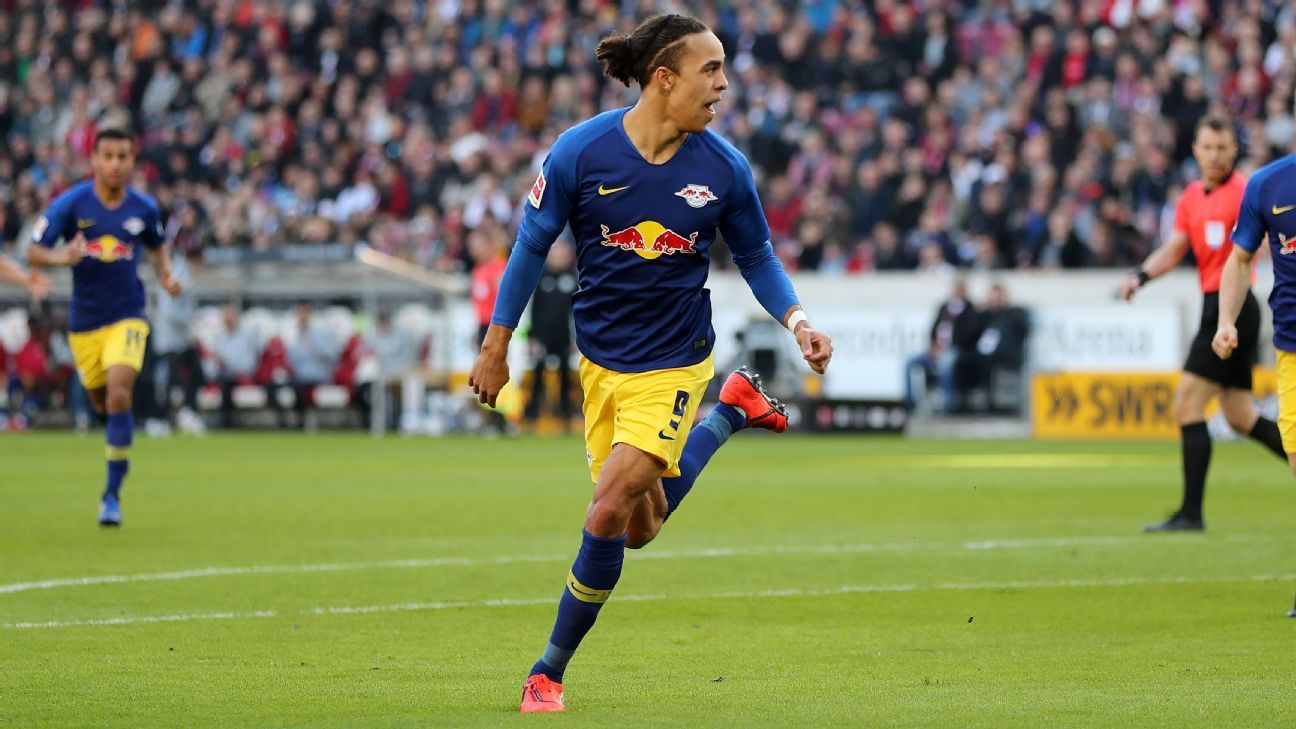 RB Leipzig’s Yussuf Poulsen scored twice as they beat VfB Stuttgart 3-1 in the Bundesliga on Saturday to move within a point of third-placed Borussia Moenchengladbach.

The 24-year-old Dane scored twice in a game for the fifth time this season in the Bundesliga to take his tally to 12 league goals so far.

He opened the scoring in the sixth minute and added Leipzig’s third in the 74th, after Marcel Sabitzer had put them ahead again following Steven Zuber‘s equaliser for Stuttgart in the 16th.

Leipzig are on 41 points, with Gladbach, who are in action at Eintracht Frankfurt on Sunday, on 42.

Bundesliga leaders Borussia Dortmund, who are top with 50 points, are in action on Monday against Nuremberg. Champions Bayern Munich are two points behind in second place after their 3-2 comeback win over Augsburg on Friday.

VfL Wolfsburg climbed to fifth on 35 points after a 3-0 victory over Mainz 05 while Werder Bremen’s 40-year-old forward Claudio Pizarro scored with a free kick just before the final whistle to secure a dramatic 1-1 draw with Hertha Berlin.

Werder, who stretched their unbeaten run to five games this year courtesy of Peruvian Pizarro’s third goal of the season, are 10th.