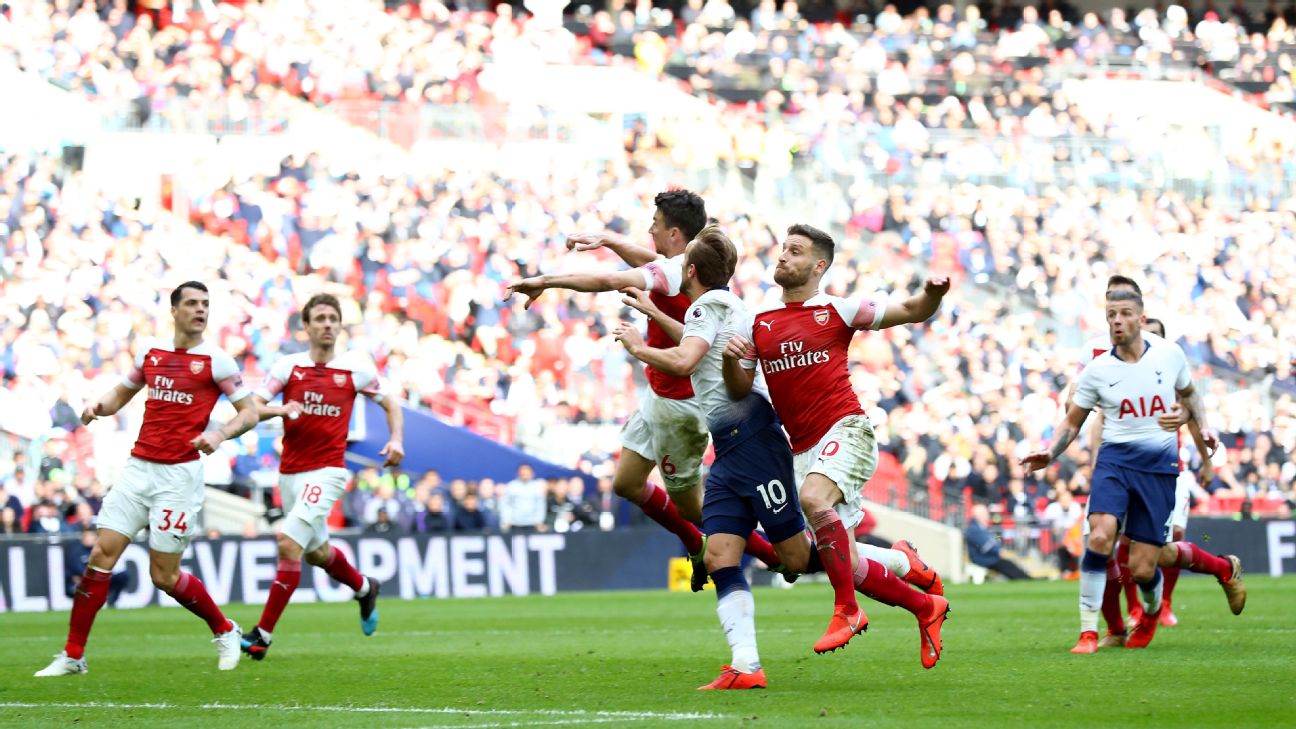 Harry Kane was Tottenham’s saviour in the North London derby on Saturday, dispatching a 74th-minute penalty after he had been bundled over in the box by Shkodran Mustafi to earn a 1-1 draw.

However, replays showed that Kane was in front of the last defender when the initial free kick was played into the penalty area before the England captain was fouled. So should he have been flagged offside?

The International Football Association Board (IFAB), football’s lawmakers, appeared to tweet out the answer to this exact scenario less than two weeks ago.

A player in an offside position is moving towards the ball and is fouled in the penalty area before playing the ball or challenging an opponent for the ball.

A question asked: “A player in an offside position is moving towards the ball with the intention of playing the ball and is fouled in the penalty area before playing the ball or challenging an opponent for the ball. What is the decision?”

To which IFAB replied: “It is a penalty kick. The foul is penalised as it has occurred before the offside offence.”

This all seems quite straightforward, so why the controversy?

It seems, quite simply, that no one — and this includes referees — is really quite sure how to interpret the law.

Key to the interpretation is not whether Kane was in an offside position when the ball was played, but if he at any point challenged for the ball before he was fouled. If he did not, then the referee is correct to give a spot kick even if the player was offside when the free kick was taken.

Kane was in an offside position, he was moving towards the ball with the intention of playing it, and he was fouled before playing or attempting to play the ball (Mustafi pushed him before he could jump for the ball). Therefore, the foul is penalised and in this case that means a penalty was the correct decision.

Of course, others will argue that Kane was gaining “an advantage by being in the offside position,” which also features in the offside law, but this relates to collecting the ball from a rebound from the post or an opposition player. Gaining an advantage does not come into play for the position of a player on a general offside decision.

The Professional Game Match Officials Limited (PGMOL), the body in charge of match officials in English football, and the Premier League Match Centre, which provides dialogue to the media to help clarify or explain decisions by match officials, said that Kane should have been flagged offside. This is the information that was relayed to television viewers in the UK on Saturday.

Keith Hackett, previously the general manager of PGMOL, tweeted: ”In this situation he is NOT active and the foul is penalised” and “this incident is covered in the Laws and [match referee] Anthony Taylor’s application of Law was spot on.”

But former Premier League referee Mark Halsey said: “I have spoken to active officials tonight they all say offside, obviously we have a problem with interpretation, simplify law.”

Another former official, Chris Foy, said in his Daily Mail column: “When the free kick was floated into the box Kane was offside and assistant Gary Beswick’s flag should have gone up when the England striker became involved in active play … The bottom line is that it should not have been a penalty.”

Former ref Peter Walton, now a pundit for ESPN, told BT Sport: “You can see here Kane is in an offside position which is missed by the officials. The offence that came first was the offside and therefore the penalty should not have been given.”

We have seen such a decision judged by the video assistant referee — and a penalty was given.

Just last month, when Schalke played Manchester City in the Champions League, Fernandinho was penalised for pulling back Salif Sane inside the area and VAR did not overturn the referee’s decision even though replays showed Sane was likely offside when the ball was played.