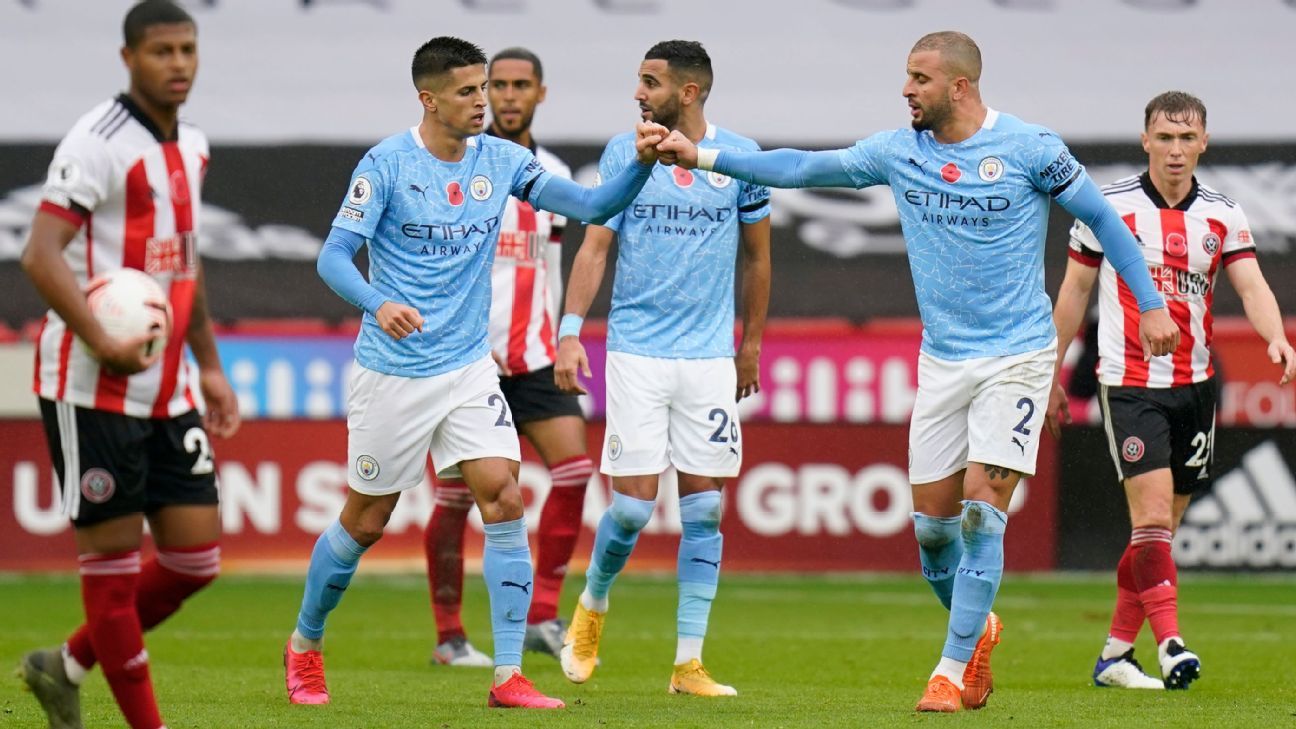 Manchester City managed to hold on to a 1-0 victory at Sheffield United on Saturday.

Kyle Walker‘s first-half goal against his former club was enough to secure the three points for Pep Guardiola’s side.

City climb up to seventh in the table while Chris Wilder’s side continue their winless run and remain in the bottom three.

City dominated from the first whistle and Ferran Torres was twice denied by goalkeeper Aaron Ramsdale early on.

The visitors went ahead after 28 minutes when Walker unleashed low drive into the bottom corner.

With 20 minutes to go, John Lundstram missed United’s best chance to equalise after his close range shot went over the bar.

The hosts failed to register a single shot on target throughout the 90 minutes.