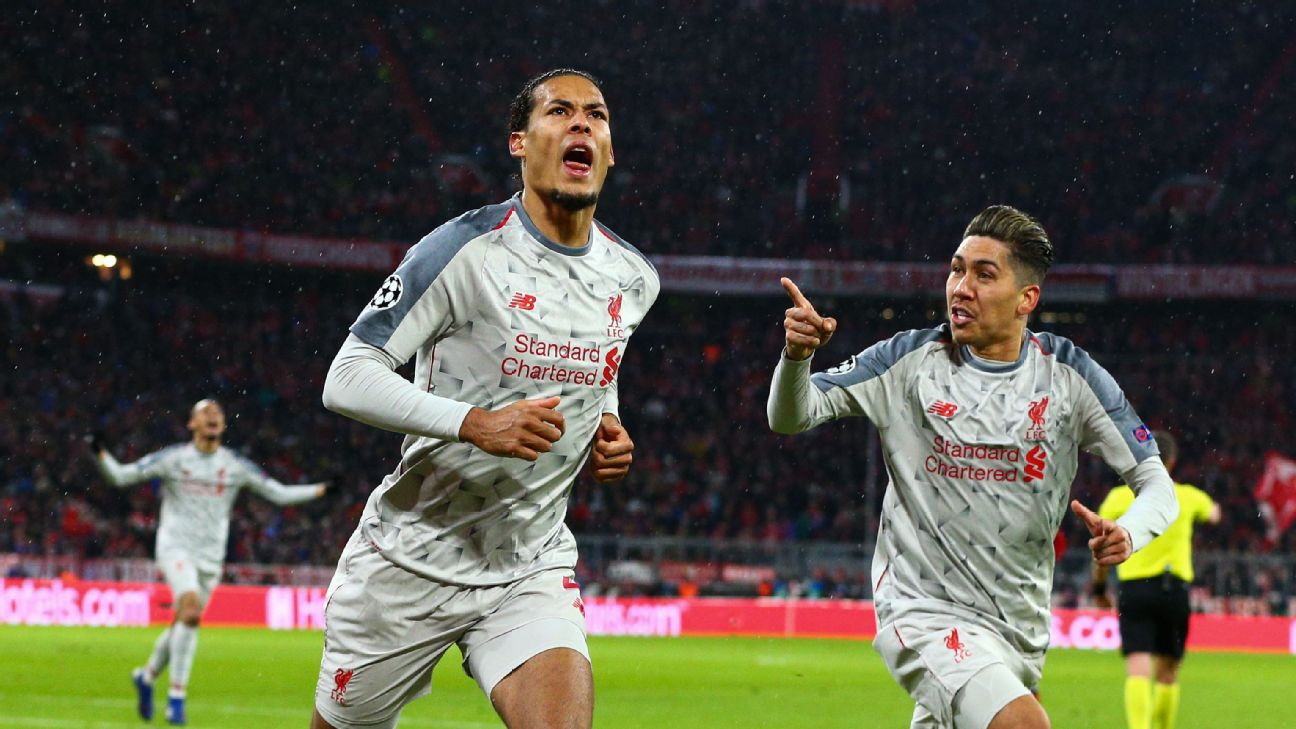 The Premier League drama has yet to reach its final reel, but the stars of the show are already campaigning for the individual awards. Who are the leading nominees for football’s version of the Oscars?

It seems ridiculous, but no defender has won the prestigious Footballer of the Year title, as decided by the writers, since Liverpool’s Steve Nicol in 1989. That run could be ended by another Anfield man, Virgil van Dijk. His vital goal in their Champions League defeat of Bayern Munich only underlined how much of a colossus he has become for Jurgen Klopp’s team, the rock on which the whole edifice is built.

Liverpool were probably a little more exciting last season, but van Dijk is the main reason they are far more effective this time around, thanks to his sense of calm, his authority in defence and his leadership skills. From being watchable also-rans in the league, van Dijk has made them serious contenders.

Manchester City, of course, deserve to be represented among the nominations. From their winning machine this term, you would pick Sergio Aguero — on course for his best City goal return — and Fernandinho, who might be the fittest and most savvy 33-year-old out there.

Like Van Dijk at Anfield, Fernandinho provides the vital steel to blend with all that silk around him. But there might be an even stronger case for the vastly improved Raheem Sterling, who has hit 19 goals and provided so much threat. I don’t buy into the accusations that the media don’t give Sterling fair coverage; his excellence this season has been well-documented.

Manchester United’s laboured pre-Christmas form rules out any of their players, despite the consistency of Luke Shaw and marked improvement of Marcus Rashford and Paul Pogba in recent months. Meanwhile, Chelsea’s Eden Hazard might be the most talented player in the country, and this might be his farewell campaign in England since Real Madrid’s new (again) coach, Zinedine Zidane, is a big fan. Hazard can be enigmatic, but he has been a match-changer often enough to make the shortlist.

At Spurs, Harry Kane continues to be the torch-bearer, and he would be in contention along with teammate Son Heung-Min, whose dash and verve have helped keep Tottenham knocking at the door. Across North London, Arsenal’s Pierre-Emerick Aubameyang is in the race for the Premier League golden boot and deserves consideration as well.

Of the new boys, I would pick Bournemouth’s elegant playmaker David Brooks, Newcastle’s midfield discovery Sean Longstaff, West Ham’s anchor Declan Rice, the exciting Leicester winger Harvey Barnes and Crystal Palace right-back Aaron Wan-Bissaka. All of them should be in contention for Young Player of the Year, along with Liverpool’s outstanding right-back Trent Alexander-Arnold.

But my Footballer of the Year, if the vote were today, would be Van Dijk. Regardless of who wins the title, he looks to be the single most valuable player for any club in England and worth every penny of the £75 million Liverpool paid for him.