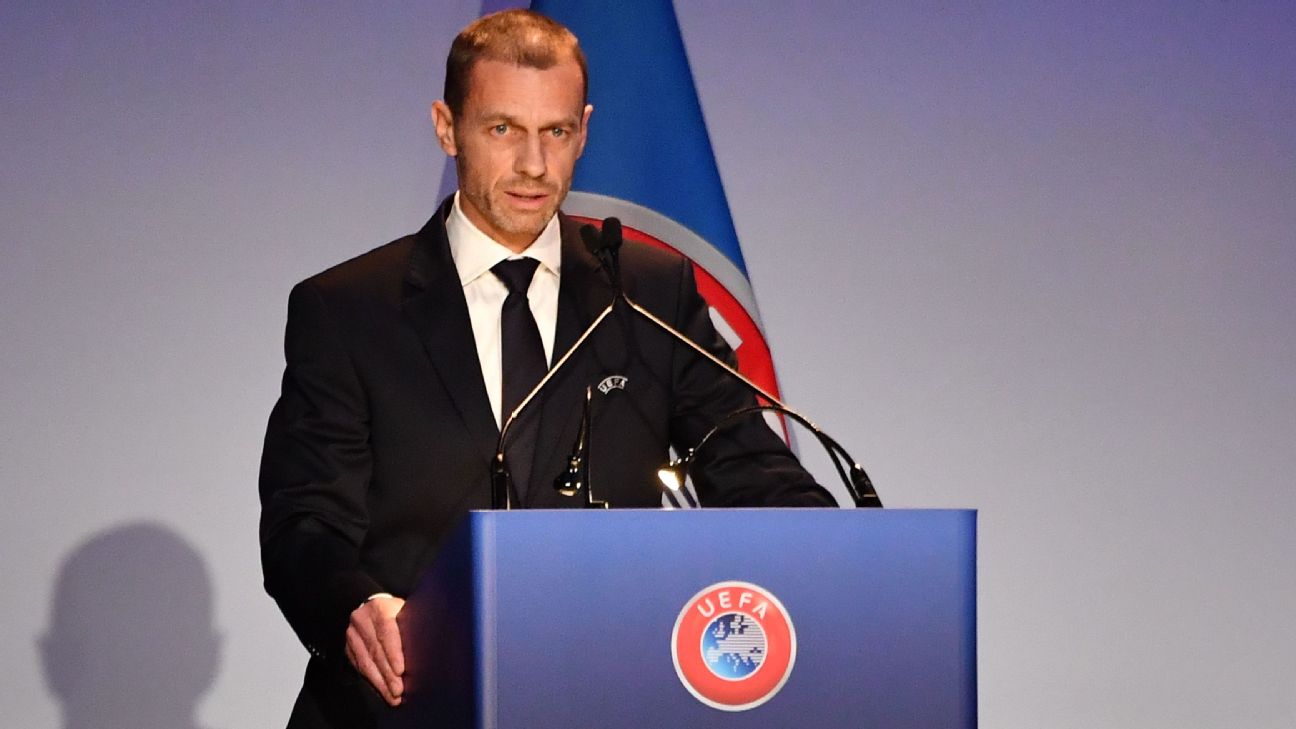 LONDON — UEFA president Aleksander Ceferin said he felt”ashamed” at the frequent incidents of racist abuse throughout European football during his opening speech of the governing body’s new anti-discrimination conference.

Last week, Ceferin described the racist abuse directed at England players during their Euro 2020 qualifier against Montenegro in Podgorica “a disaster,” while UEFA confirmed on Monday that Dinamo Zagreb will play their next home European match behind closed doors due to racist behaviour by their fans.

And speaking at the start of UEFA’s first #EQUALGAME Conference at Wembley on Tuesday, Ceferin did not hold back in his condemnation of football’s ongoing problems with racism and broader discrimination.

“Today I’m ashamed,” he began. “I’m ashamed to be here with you. I’m simply ashamed that today in 2019 we have to organise a conference that promotes diversity.

“It’s 2019. How can that happen? I’m ashamed that here in Europe not a weekend goes by without a discriminatory act taking place in a football stadium, amateur level or professional level.

“I’m ashamed to see extremist movements use our sport as a vehicle for their messages of hate and intolerance. A stadium must not and must never be a forum in which people are allowed to express their sickening fascist nostalgia. I’m ashamed to see lone individuals utter racist, sexist and homophobic insults without realising the devastating effect and symbolic significance of their words.

“I’m ashamed to see bananas thrown on the pitches. To hear monkey noises in the stands or to see a photo of Anne Frank photoshopped by so-called supporters. The people who do these things each in their own way trample on human dignity. They bring shame not only to football, but to the human race.

“I’m ashamed to see the public authorities in some countries simply failing to react. It is worrying to see certain leaders playing down these incidents when they occur in their own countries. They seem to think a stadium is a suitable place where people can go to vent their feelings and express their unhappiness and misunderstanding of the world around them.”

Following on from Ceferin’s speech, FA chairman Greg Clarke called on European football’s governing body to lower the threshold at which incidents of racist abuse are dealt with on and off the pitch.

“The [UEFA three-step] protocol asks the referee to stop the match if ‘racist behaviour is of a strong magnitude and intensity’,” Clarke said. “I don’t now think that is good enough and we should take this opportunity to revisit these thresholds.

“The young men and women who take to the field representing our clubs and countries not only deserve, but should be entitled, to play their football in a safe environment entirely free from racial abuse.

“There should be no judgement call on whether something is of a strong magnitude. Racism is racism.”

Clarke added that the FA is reviewing its processes for spectator misconduct and how clubs are sanctioned in consultation with the Premier League and Football League.

“I also worry that there is an undue burden on the player to report incidents themselves,” he added. “We all know what racism looks like.

“We should see how we can better report incidents through the UEFA match delegate or through employing specific spotters and take the weight off the players’ shoulders and act ourselves. We have a duty to protect them; the responsibility should not be on them to instigate action.”

Ceferin concluded his address by suggesting that UEFA will go to greater lengths to combat racism and wider discrimination in football in the future.