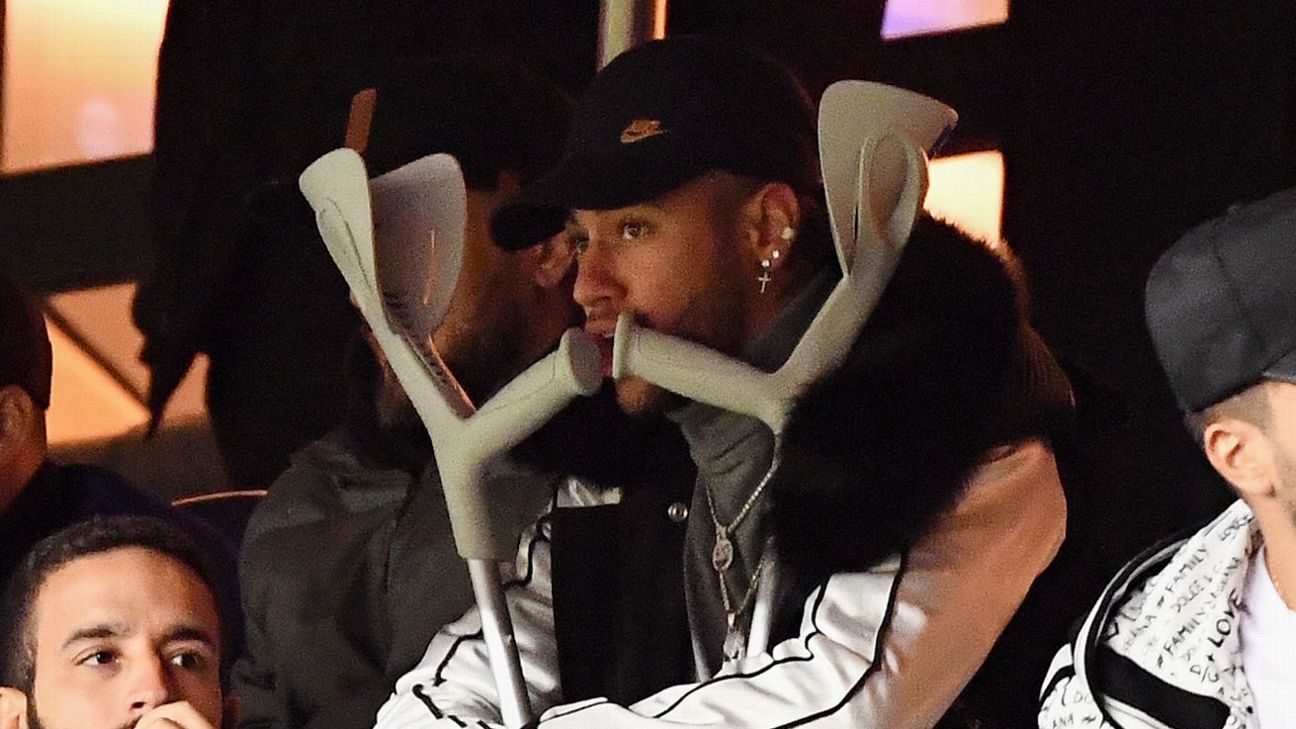 Neymar is the subject of a UEFA investigation following comments made on social media after Paris Saint-Germain’s defeat against Manchester United in the Champions League round of 16.

The Brazil international had hit out at the video assistant referee (VAR) after United had been awarded a late penalty following a review for a handball.

“This is a disgrace,” Neymar wrote on Instagram. “Four guys who know nothing about football watch a slow-motion replay in front of the television.

“It was nothing! What can [Kimpembe] do with his hand while his back is turned? Go f— yourselves!”

European football’s governing body added information in respect of this investigation will be made available in due course.

Meanwhile, sources have told ESPN FC that Neymar is recovering ahead of schedule following the fractured metatarsal he suffered in January.