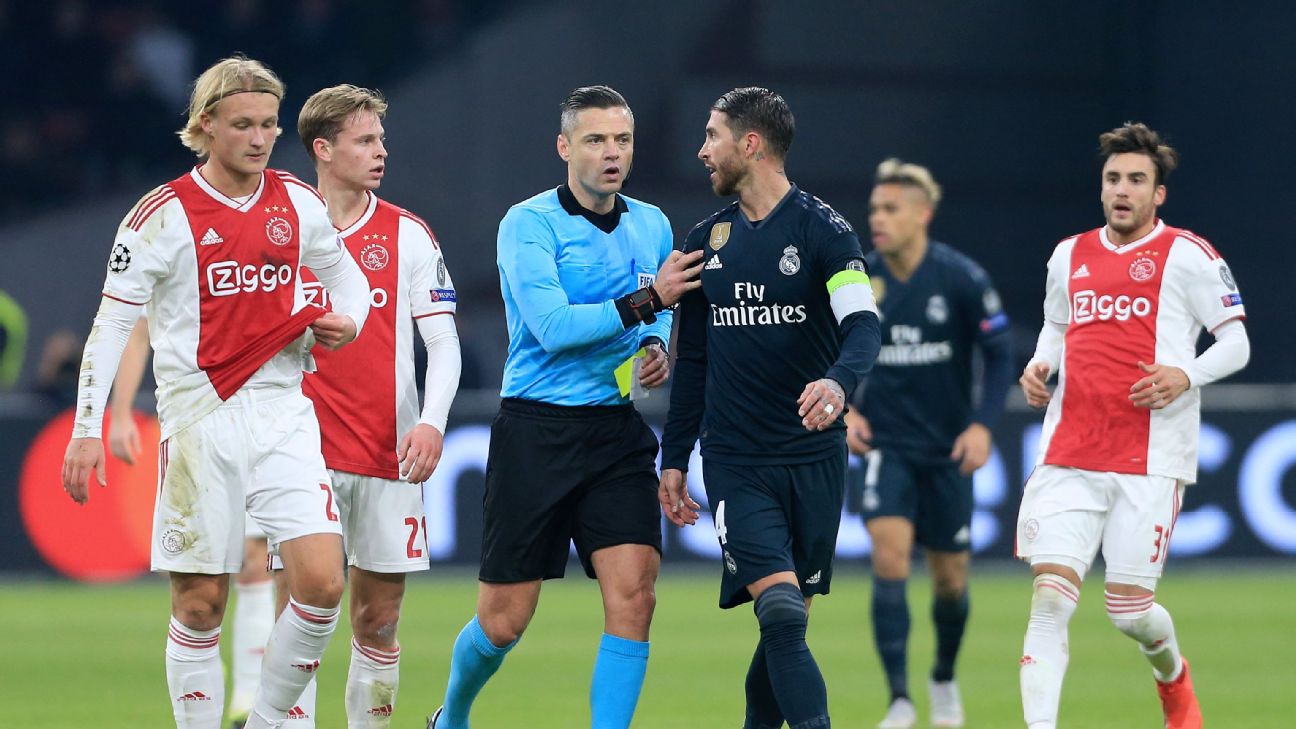 NYON, Switzerland — UEFA has formally charged Real Madrid captain Sergio Ramos with deliberately getting a yellow card to control the timing of a Champions League ban.

UEFA said its disciplinary panel will judge the case on Thursday.

Ramos risks an additional suspension from the first leg of the quarterfinals if Madrid advances from the round of 16 against Ajax.

He provoked a 90th-minute yellow card — his third of the competition — after Madrid took a 2-1 lead in the first leg in Amsterdam two weeks ago.

That foul triggered a one-game ban to be served in the second leg at home, when Madrid is heavily favored.

Ramos reportedly acknowledged his intentions in a post-game interview, then retracted it on Twitter.