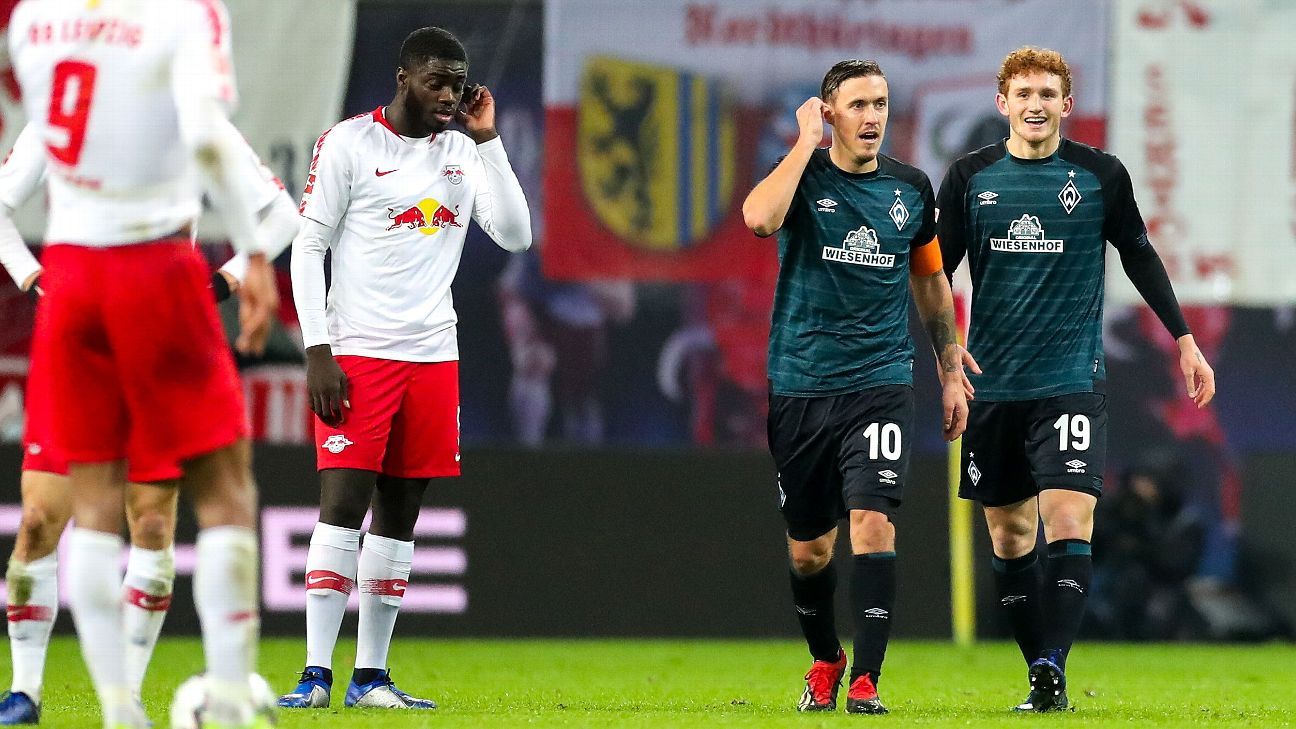 United States forward Josh Sargent scored again though it wasn’t enough as Werder Bremen were caught out by a late goal and fell at Leipzig 3-2.

Sargent, the young American who scored on his debut with his first touch against Fortuna Duesseldorf last weekend, again made his mark in his third match when he fired in off the left post after fellow substitute Yuya Osako timed his pass perfectly in the 77th minute.

The visitors fought back from two goals down after first-half goals for Leipzig from Lukas Klostermann and Timo Werner.

Max Kruse — at fault for Werner’s goal — atoned when he pulled one back and Sargent equalised for Bremen.

This time, however, there was no Hollywood ending as Portuguese defender Bruma fired in Leipzig’s winner in the 87th. The home side consolidated fourth place.