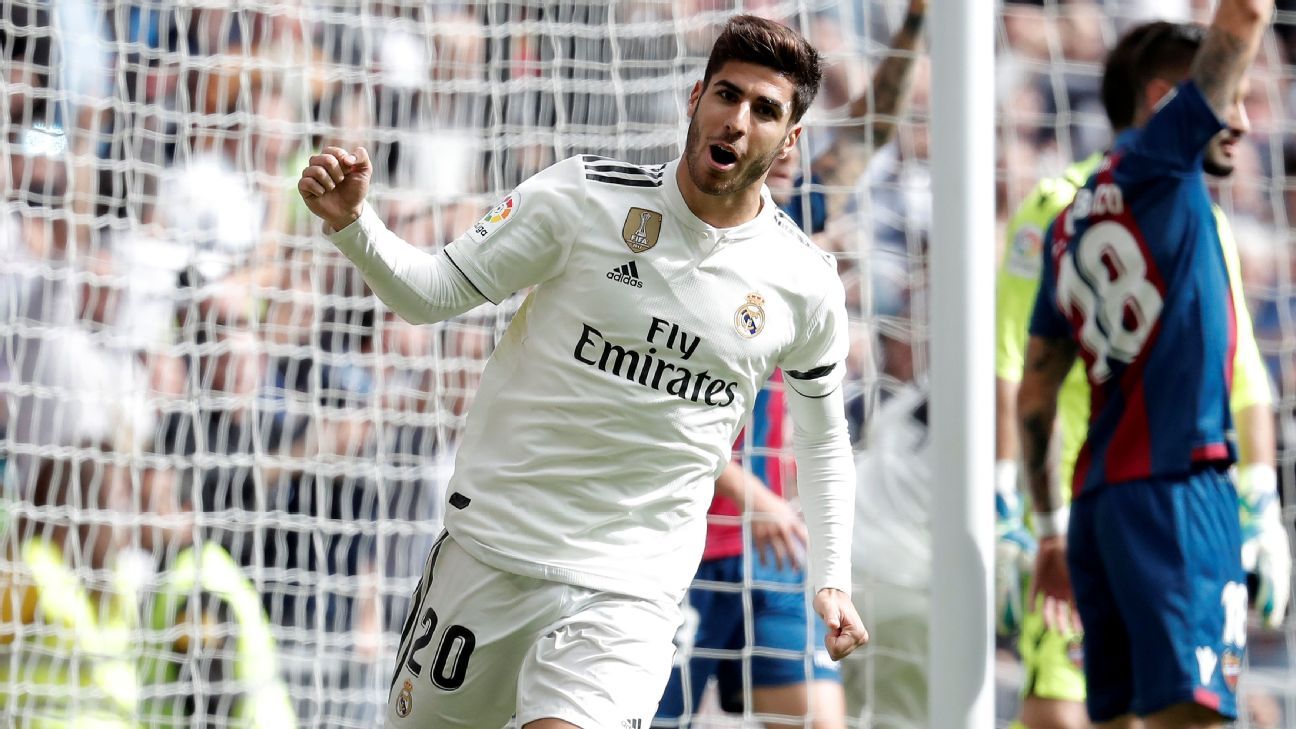 In a further blow to Jurgen Klopp’s plans for world domination, the Mirror says returning Real Madrid boss Zinedine Zidane appears to have squashed any chances of Liverpool — or anyone else for that matter — signing midfielder Marco Asensio.

Asensio had been out of form under previous bosses Julen Lopetegui and Santiago Solari, and Madrid had seemed keen to offload the 23-year-old, but Zidane appears to get the best out of Asensio. And since the Frenchman’s return to the Bernabeu, Zidane has stated he sees Asensio as “fundamental to the team.”

Asensio has already won two Champions League trophies under Zidane’s tutelage, and he played the full 90 minutes in Zidane’s second game of his return against Celta Vigo.

Regular visitors to this column will have noticed Ajax whiz kid Matthijs de Ligt hogging the headlines, with the 19-year-old centre-back linked with a variety of top clubs on an almost daily basis.

Well, it looks as though his future is edging close to a resolution, with Barcelona president Josep Maria Bartomeu travelling to Holland to seal a deal for the starlet, according to The Sun.

This news will disappoint, among others, Klopp, who had been looking to partner de Ligt with compatriot Virgil van Dijk. Barcelona have reportedly made a bid of £51 million in the hope of snapping up another Ajax star, having already added Frenkie de Jong to the ranks in January.

Bartomeu has already revealed that de Ligt is on Barca manager Ernesto Valverde’s transfer wish list, saying the Netherlands international’s name is “on the table.”

Rodriguez and Queiroz have reportedly been talking while on international duty and Queiroz believes that Rodriguez would see more first-team football in Italy.

Rodriguez’s future at Bayern Munich is uncertain, with many reports suggesting that he is set to return to parent club Real Madrid at the end of the season following the end of his two-year loan spell.

Rodriguez scored a hat trick for Bayern before the international break, but he has been linked with a move in the summer all season.

– Juventus are reportedly contemplating replacing their entire back line. With Alex Sandro expected to leave in the summer, Marcelo remains the preferred replacement at left-back. However, Juve are also eyeing up moves for Alex Grimaldo and Emerson Palmieri, according to Calciomercato.

– Speculation continues about the future of French striker Antoine Griezmann, but Barca defender Samuel Umtiti has fuelled rumours of a move to Camp Nou after telling Marca there is plenty of room for his compatriot in Barca’s strike force.