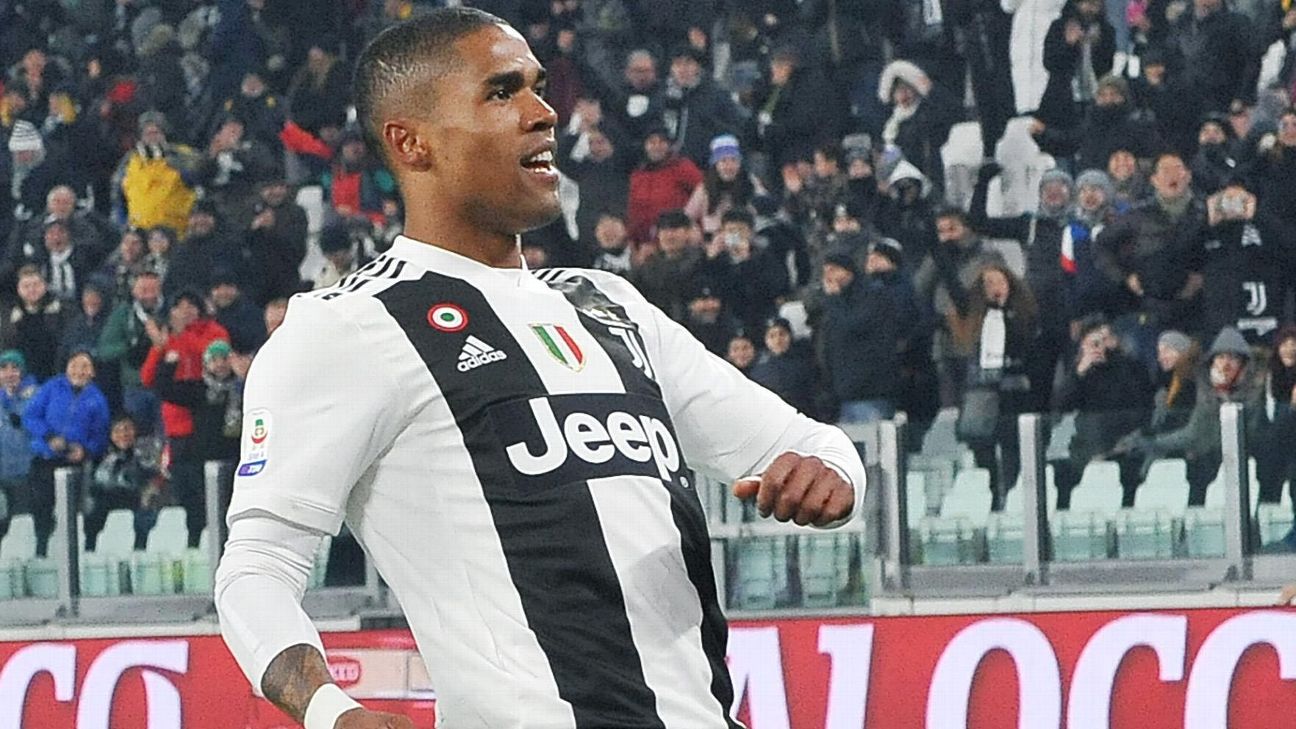 United and City to fight PSG for Costa

Paris Saint-Germain have joined the fight with the two sides of Manchester to compete for the signing of Juventus winger Douglas Costa, CalcioMercato reports.

Since permanently signing for Juventus, Costa has managed just the one goal in 17 appearances, in a season plagued by injuries.

That record hasn’t put some of Europe’s top clubs off from keeping a keen eye on the Brazilian, though. Both Manchester United and Manchester City have reportedly had long-standing interest in the player, but contact has since been made between the player’s agent and Antero Henrique, sporting director at PSG.

All of this indicates that Costa is going to have some big options to choose between come the summer.

James to stay at Bayern

James Rodriguez could be looking forward to another season in the Bundesliga, as Bayern Munich are preparing to buy him fully at the end of the current campaign, according to CalcioMercato.

Rodriguez was sent on a two-year loan to the German champions ahead of the 2017-18 season following underwhelming performances for Real Madrid — a club he had joined after showing impressive talent at the 2014 FIFA World Cup for Colombia.

Bayern had the opportunity to buy Rodriguez out-right for €42 million earlier in the season, but a difficult relationship with the club’s sporting director reportedly halted progression.

That appears to have been sorted since then, meaning the rumoured interest from Juventus could amount to nothing, although that may change should Rodriguez end up returning to Real Madrid at the end of his loan spell.

Maja to end up with the Gunners?

Prolific London-born striker Josh Maja has indicated that he would one day love to play for his local side Arsenal, according to The Sun.

Maja’s excellent form at Sunderland earned him a move to Ligue 1 with Bordeaux in January, but when asked about his future, the forward admitted: “I support Barcelona and Arsenal, because they’re my local team. Of course, I’d really like to play in the team with which I grew up.

“It would be great. It’s clear the Premier League is one of the best in the world, with the best teams.

“I hope to play there one day, but for now I’m with Bordeaux. I want to succeed here and we’ll see about the rest later.”

- The Sun speculates that Wilfried Zaha could be on his way to Manchester United thanks to the Ole Gunnar Solskjaer-Cardiff City connection. Zaha worked with Solskjaer at the Welsh club, and continues to be linked with a move away from Crystal Palace.

– Yahoo Esportes has reported that Arsenal are finalising a deal for Brazilian striker Gabriel Martinelli. The 17-year-old currently plays for Ituano, but a verbal agreement has been reached, meaning all that’s left to do is for Martinelli to get an EU passport.