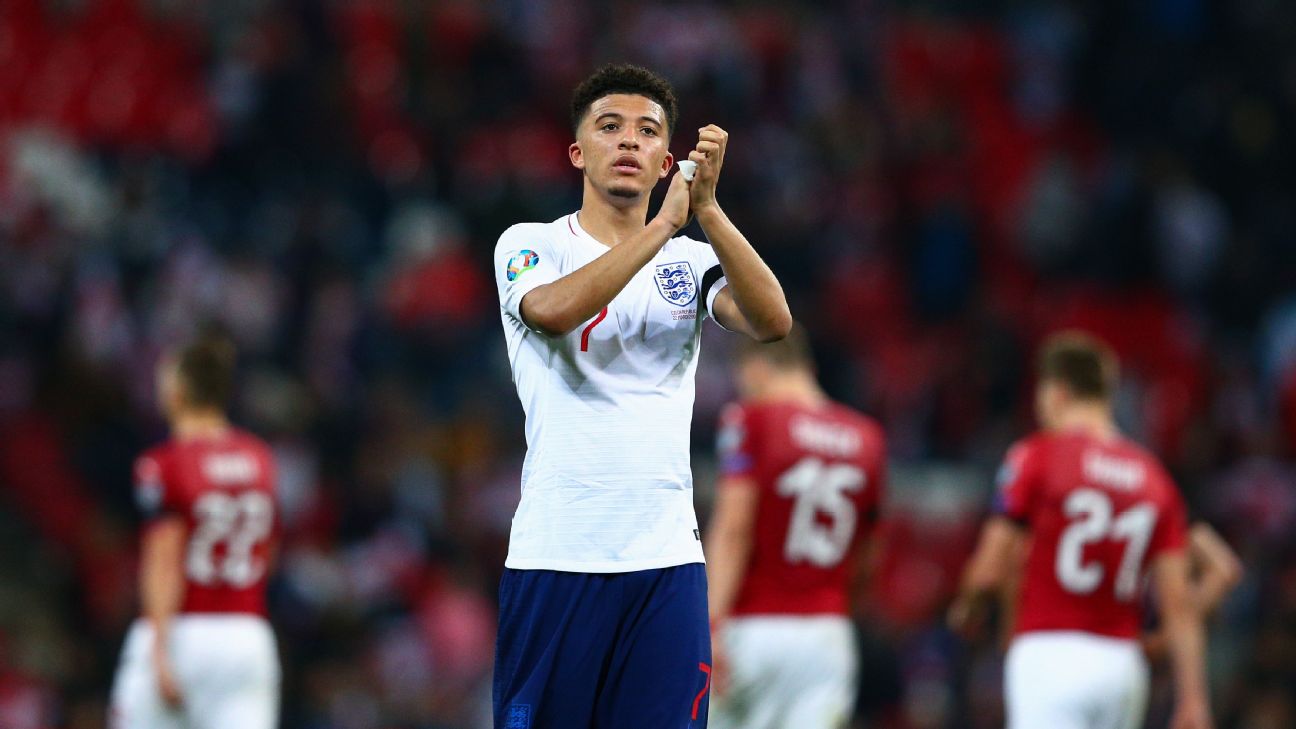 Jadon Sancho continues to hog the headlines as some of Europe’s biggest clubs are getting ready to fight for his signature this summer. Manchester United have been interested in the Borussia Dortmund youngster, who had an assist in his winning first senior start for England against Czech Republic, for months, and have now made formal contact over a summer deal, The Sun reports.

But it’s not going to be all plain-sailing to bring Sancho to Old Trafford, because as well as interest from French giants PSG, Dortmund are not looking to lose their hot prospect any time soon. Just last week, Dortmund sporting chief Michael Zorc said: “We are definitely planning for next season with him.”

Whether those plans will change should the sum of £70 million be submitted may be put to test over the coming months.

Tottenham Hotspur will look to get rid of both Kieran Trippier and Serge Aurier in the summer, according to The Sun.

Trippier is priced at around £20m, says the report, and Everton are thought to be interested in bringing the Englishman to Goodison Park for that sum ahead of next season. Trippier has struggled with injuries with Spurs this campaign, one of which Mauricio Pochettino said originates from participation in the 2018 World Cup with England.

As for Aurier, Spurs signed him for £23m from PSG in August 2017, but it is understood that Crystal Palace’s Aaron Wan-Bissaka or Max Aarons of Norwich would be preferable options for the Spurs boss.

Gunners in double swoop for Barella and Kessie

With Aaron Ramsey on his way out of the Emirates Stadium and on a plane to Juventus this summer, the Gunners have identified two potential replacements, says CalcioMercato.

The players in question are 22-year-olds Franck Kessie of AC Milan and Nicola Barella from Cagliari. Neither have been as fruitful this season in terms of goals and assists as Ramsey, however Kessie has scored four times, the same number as the departing Welshman.

Roma forward Edin Dzeko will leave the club should they fail to qualify for next season’s Champions League, due to the club’s reduced wage budget, CalcioMercato reports.

A salary of €4.5m per season means that the Bosnian is the club’s highest earner, so they may be willing to part ways with him should offers from Inter Milan or West Ham United come in this summer.

The transfer fee will be dependent on whether Roma do qualify for the Champions League, of course, but it’s currently estimated at €30m.

– Arsenal’s tough-tackling midfielder Granit Xhaka insists that his club “does not have to be the last stop” of his journey, amid rumours that Borussia Monchengladbach are lining up a move for the player. “I’m very ambitious, I want to take the next step,” he told Tagblatt.

– Also on his way out from the capital could be Danish playmaker Christian Eriksen, who is high on the list of players Zinedine Zidane is keen to acquire for Real Madrid this summer. Madrid may have to fork out as much as €70m, CalcioMercato understands.

– Ander Herrera may be leaving The Red Devils on a free transfer in the summer, as PSG are set to offer a £150,000 per week contract for the midfielder, according to The Sun. However, ESPN FC sources said on Friday that the Spaniard would like to stay on with Man United.