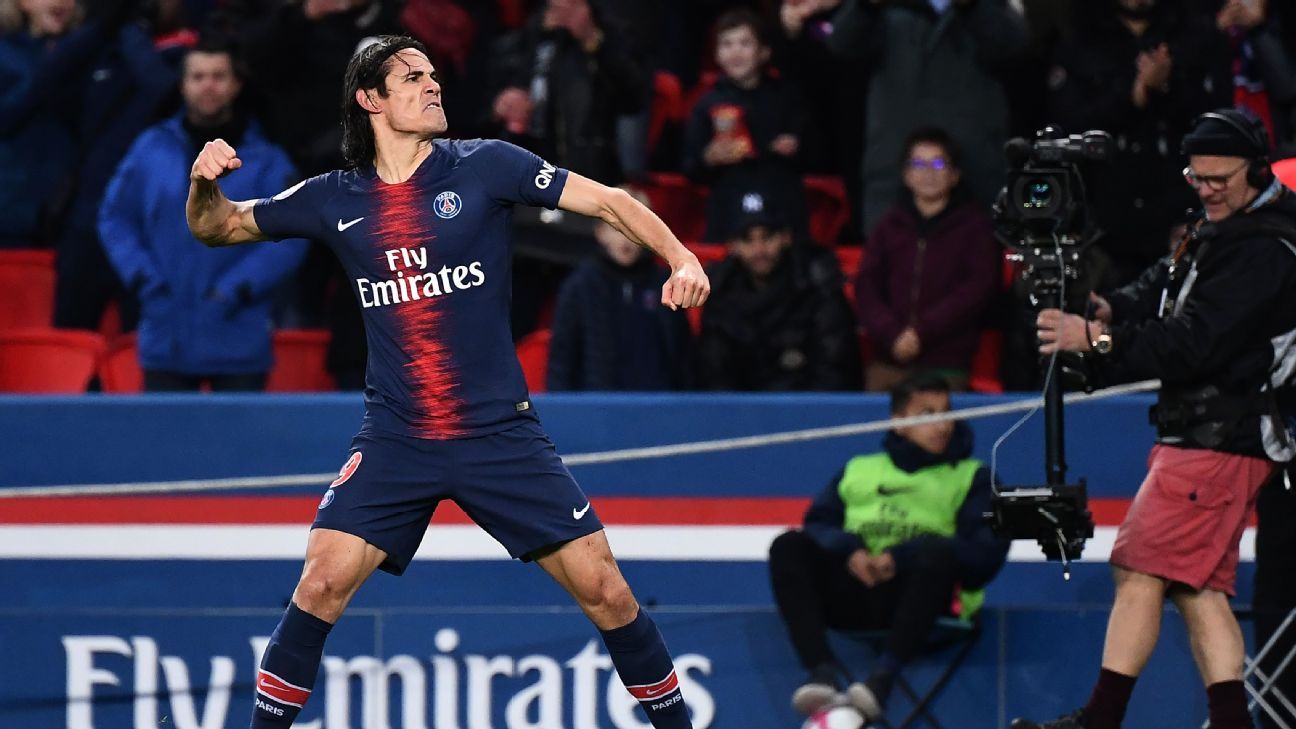 Chelsea are considering a £50 million bid for Paris Saint-Germain striker Edinson Cavani, according to a report in the Daily Express.

The 31-year-old Uruguay international would be the perfect fit for Maurizio Sarri’s high-octane style, and is one of the best strikers in the world when it comes to work rate.

Chelsea will also be attracted to his talent and experience, hence the high fee quoted despite the fact the player will turn 32 next month.

Alvaro Morata, who scored twice in an FA Cup victory against Nottingham Forest on Saturday, is likely to leave the club this month, and Cavani would be the perfect replacement, but his quality also means that PSG will be reluctant to let him go.

Anderson to give Tottenham a lift

The 22-year-old centre-back, who is attracting a lot of interest in Serie A, would cost £36m and add depth to the Spurs back line.

Mauricio Pochettino could lose Toby Alderweireld in the summer despite the fact the Belgian defender has signed an extension to his contract.

Replacing him in advance with the big Dane would allow a bedding-in period in the second half of this season, as was the case with Lucas Moura last year.

However, they might have to wait until the summer, when they will have competition from Inter, but Sampdoria are already looking for replacements.

According to the Daily Mirror, Premier League side Everton are monitoring Atalanta defender Gianluca Mancini.

The report says that the club are in the market for defensive reinforcements, and from their performance against Lincoln City in the FA Cup, it’s easy to see why.

The 22-year-old Italian is highly rated by his current club, who want him to sign a contract extension, and by other Serie A sides including Inter Milan and Roma.

The Merseyside club might test Atalanta with a bid this January, but he’s likely to make a decision on his future in the summer.

Paris Saint-Germain’s American forward Timothy Weah will join Celtic on loan until the end of the season, per French outlet L’Equipe.

Weah is the son of Liberia president and onetime Ballon d’Or winner George Weah, and is one of the most promising players to come through for the United States in recent years.

Current club PSG obviously value him highly, too. They will make sure he signs an extension to his current contract before he leaves, and there is no option for the Scottish champions to make the deal a permanent one at the end of the loan.

Weah can operate in a number of attacking roles, and he will add depth to the Celtic squad in the absence of Leigh Griffiths, but will be expecting regular game time.

Manchester City had been in the race for the defender, but the Independent are reporting that Barcelona director of football Eric Abidal has played a big part in convincing the Frenchman to join the defending La Liga champions. The 19-year-old midfielder-turned-defender will look to follow in the footsteps of his compatriot.

With Cesc Fabregas set to leave Chelsea this month, Sarri will look to Cagliari midfielder Barella to fill the gap in his squad. Cagliari would demand £45m for the talented Italian, according to the Telegraph.

Having seemingly missed out on Fabregas, Milan will now turn their attention to Tielemans of Monaco (the club Fabregas looks headed for), according to Gazzetta Dello Sport.

Chelsea are looking to overhaul their striking options this year and could start as early as January, and the Telegraph reckons that £32 million would be enough to bring in the experienced Argentine.

The Turkish wonderkid is a target for Jurgen Klopp’s side, according to reports from Aksam in Turkey. The £27m-rated attacking midfielder would be a versatile addition for the title challengers.