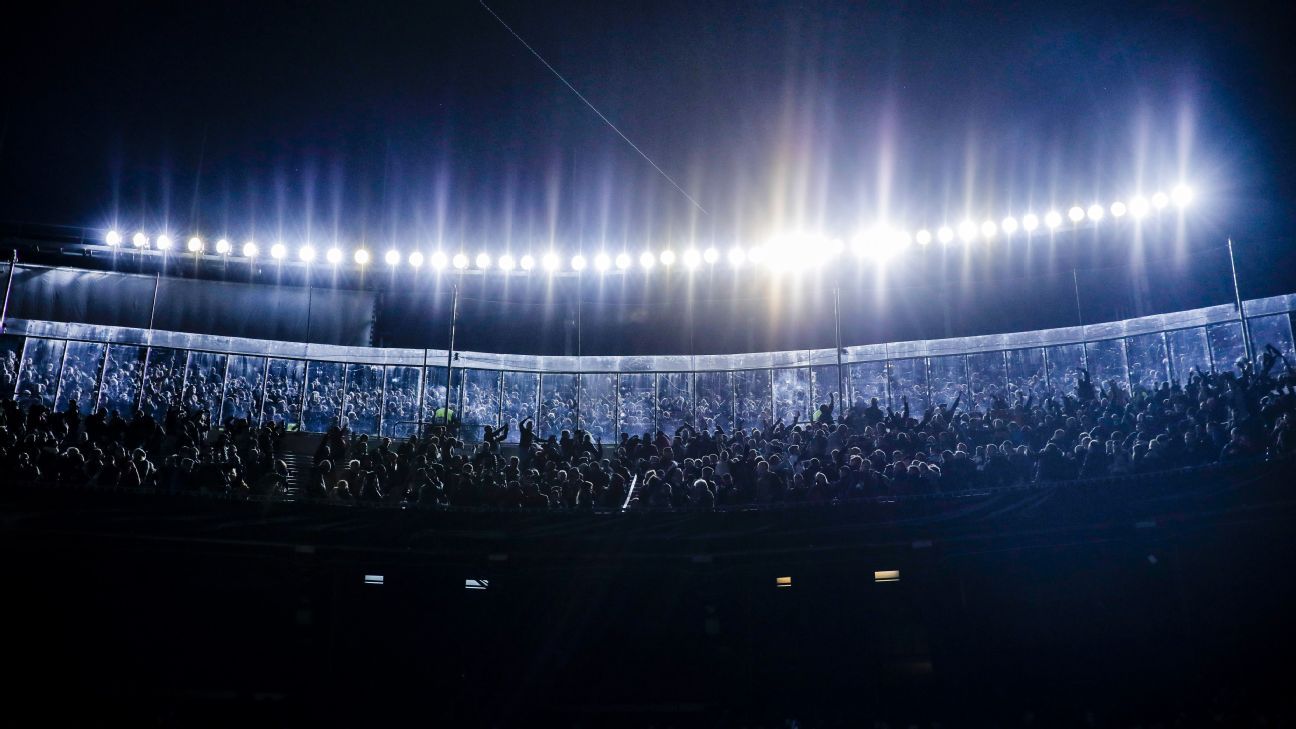 The Tottenham Hotspur Supporters’ Trust has called on UEFA to take action after Spurs submitted a report containing accounts from fans who allege they were assaulted by Barcelona security staff in December.

After Tottenham’s 1-1 draw against Barca at Camp Nou, which secured the north Londoners’ place in the Champions League round of 16, video footage emerged appearing to show stewards striking out at Spurs supporters with batons, seemingly without provocation.

Tottenham said at the time that the reports were of “great concern” and that they would be “contacting the relevant authorities.” After gathering accounts from their fans, the club submitted a full report to UEFA last month.

Martin Cloake, co-chair of the Supporters’ Trust, told ESPN FC: “We know things move very slowly in official football circles but we’d like to see a bit more urgency in dealing with the very serious issues raised about the treatment of visiting fans to Barcelona.

“The accounts we received show there is not just a risk of people being seriously injured, but that people are sustaining serious injuries at the hands of security forces who seem able to act with impunity. This is not a new problem in Spain and the game’s authorities have a responsibility to ensure fans can visit stadiums in safety.

“With European competitions now resuming, we expect to hear that concrete measures are being taken to ensure that this kind of incident does not happen again, and that the people responsible for assaulting our fans are made accountable.”

When contacted by ESPN FC, UEFA said it was not in a position to confirm whether or not it has opened an investigation on a specific case, or to discuss possible sanctions since these are decided on a case-by-case basis.

In April 2018, Chelsea submitted a formal complaint to UEFA regarding the treatment of their travelling supporters by stewards and Spanish police before and after their Champions League tie against Barcelona.