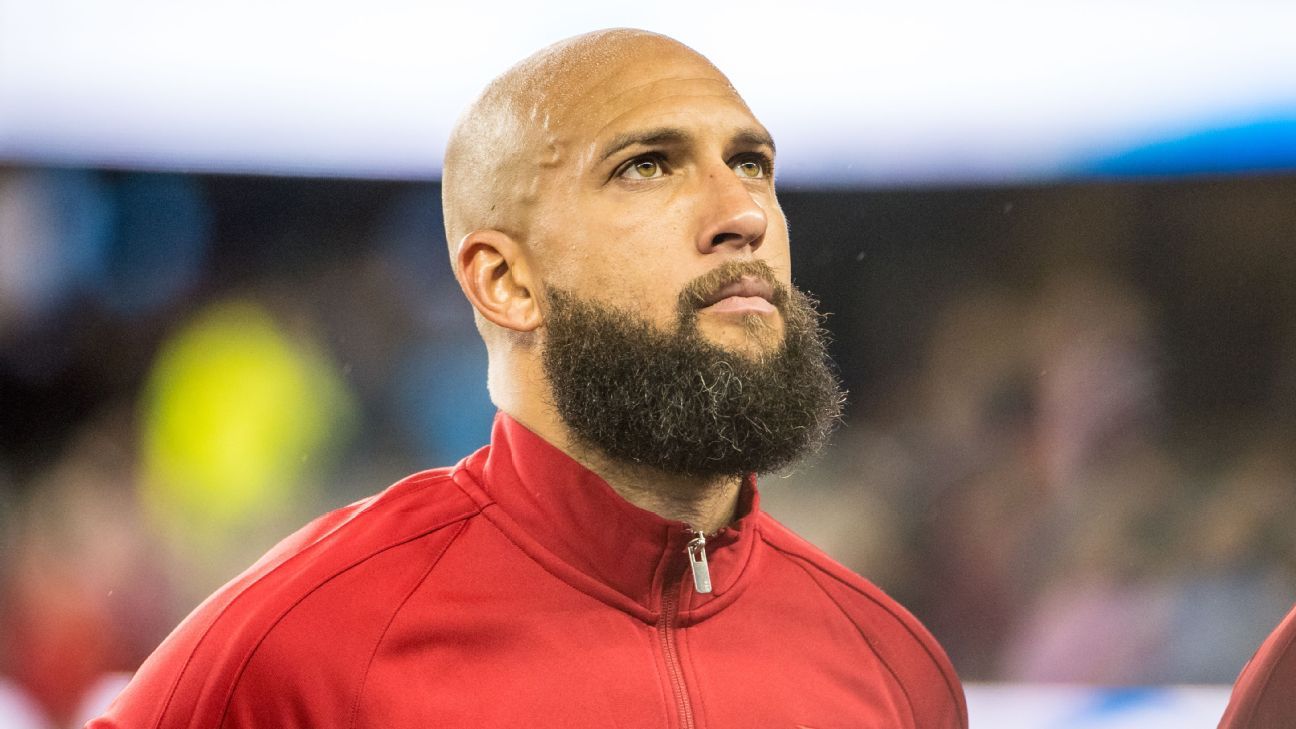 Tim Howard has announced that he will retire from professional soccer at the end of the 2019 MLS season.

I’m greatly looking forward to kicking off the 2019 MLS season, as it will be my LAST. There will be plenty of time for sentiment later. For now, I am going to enjoy every minute. And as I’ve always done, compete hard and help lead the Rapids with the sole purpose of winning. pic.twitter.com/QWuCcy7gW2

Howard, 39, will go down in U.S. soccer history as one of the country’s all-time greats, a considerable feat given the regularity with which the country has produced top-class goalkeepers.

The North Brunswick, New Jersey, native began his professional career in 1997 with the North Jersey Imperials of what is now the United Soccer League. He moved to the New York/New Jersey MetroStars of MLS the next year, spending parts of six seasons with the club before securing a transfer to Manchester United in 2003.

Howard endured an up-and-down tenure during his three seasons with the Red Devils. He was initially the starter, and was the hero in United’s Charity Shield triumph over Arsenal. But a series of uneven performances, including an error that resulted in United being eliminated from the UEFA Champions League against Porto, saw him lose his starting spot to Roy Carroll. Howard rebounded, and won a winner’s medal later that season in the 2004 FA Cup final against Millwall. He was also named in the Professional Footballers’ Association Best XI that year.

Howard eventually lost his spot to Carroll and later Edwin van der Sar. As a result, Howard went on loan to Everton for the 2006-07 season, with the loan made permanent in February 2007. He went on to become a mainstay for the Toffees, making more than 400 league and cup appearances over 10 seasons. In 2016, he returned to MLS, where he has spent the past three campaigns with the Rapids, making 57 league and playoff appearances.

Howard excelled at the international level as well. He made 121 appearances for the U.S. national team and was part of three World Cup sides. At the 2014 World Cup, Howard delivered a stellar performance in the 2-1 round of 16 defeat to Belgium, making 15 saves. He was also part of two Gold Cup-winning sides in 2007 and 2017. Howard was part of the team that failed to qualify for the 2018 World Cup, but he remains one of the top players the U.S. has produced.