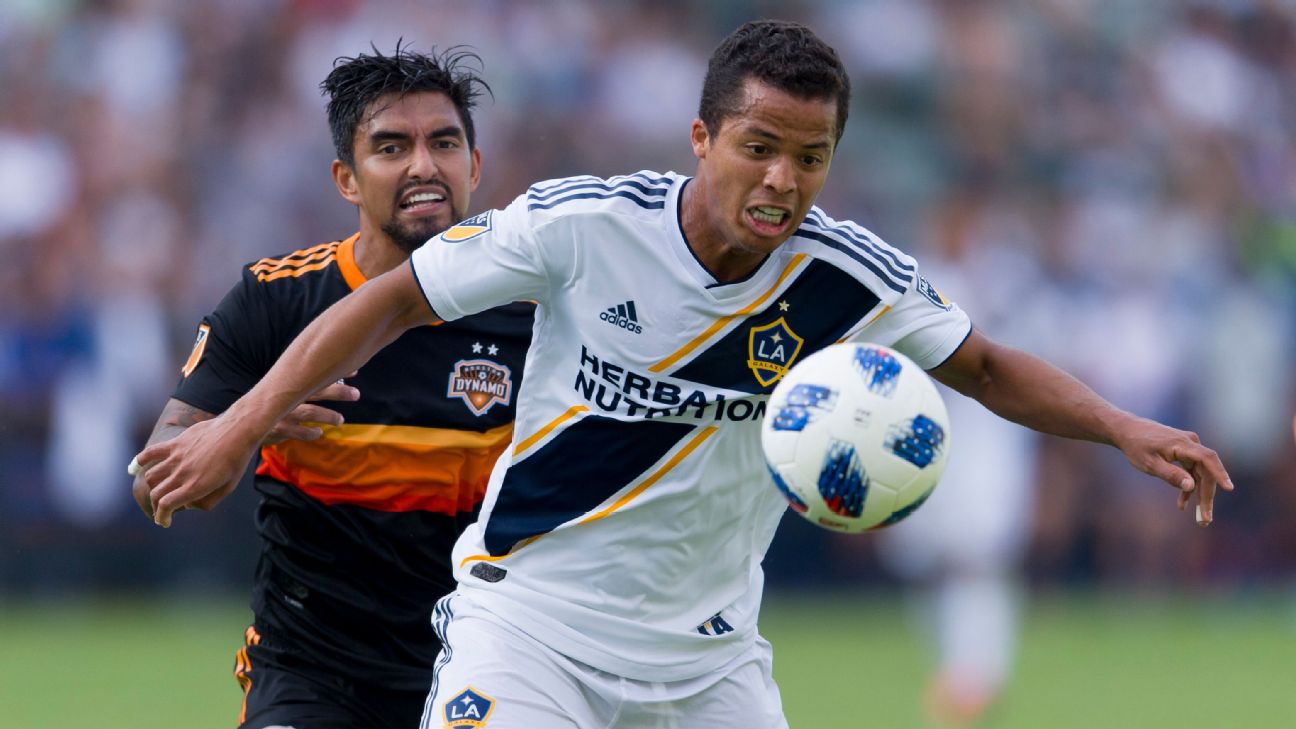 In the end, Major League Soccer’s roster rules worked, when it came to the March 1 news that the LA Galaxy had exercised their option to buy out the remainder of Giovani dos Santos’ contract, but a new debate is just beginning. Is it time for the league to loosen its restrictions on how teams spend their money?

Let’s review. Ahead of the deadline on March 1 for roster compliance, the LA Galaxy faced a dilemma. They had four Designated Players — Zlatan Ibrahimovic, Romain Alessandrini, Jonathan dos Santos and Giovani dos Santos — on their squad but league rules state they can only have three players whose “total compensation and acquisition costs exceed the Maximum Salary Budget Charge.” With Ibra (courtesy of an offseason contract extension), Alessandrini and Jonathan dos Santos all secure in terms of their futures with the Galaxy, Giovani was the odd one out. While he’ll still get paid — he was on a guaranteed contract, after all — there will be a considerable blow to his ego after he essentially drew the short straw and is now a man without a club.

As for the Galaxy, the team is compliant but has been forced to let go of a talented, albeit mercurial, player.

“It was the right thing,” one team executive said regarding the outcome. “I’m mildly surprised,” another said.

The result validated comments from MLS commissioner Don Garber, who said last week that “there’s going to be no exceptions for any team,” when it came to roster compliance. But did the outcome take place because of the league’s rules or in spite of them? It can be argued that it was a bit of both.

Without question, this was a situation of the Galaxy’s making, especially after they redid Ibrahimovic’s deal in the offseason. But it also highlights the absurdity of some of the league’s roster rules, with General Allocation Money (GAM) and Targeted Allocation Money (TAM) just two of the unique mechanisms used to keep teams in check. So long as the Galaxy can stay under the cap, what difference does it make how they spend their money?

The Galaxy were forced to deal with realities, however. In the run-up to last Friday’s roster compliance deadline, Galaxy GM Dennis te Kloese confirmed what had been widely reported for weeks: The team was attempting to restructure dos Santos’ deal so he would no longer count as a DP. There were concerns around the league that getting him to a salary of $1.53 million, the maximum salary in which Targeted Allocation Money (TAM) could be used to buy down a player’s cap to a non-DP level, would have violated at least the spirit of the league’s roster rules.

(Some would argue that the letter of the rule was violated in 2018, when Zlatan Ibrahimovic’s salary was officially $1.5 million to go with three other DPs.)

A restructuring also would have likely meant dos Santos giving up guaranteed money, something the MLS Players Association was no fan of.

One source with knowledge of the situation said dos Santos and his family ultimately opted to take the buyout rather than a restructured deal. Another source said that a one-year deal for less money was discussed but ultimately abandoned. The Galaxy and dos Santos will now try to find the player a new club, but there was another impediment. Had the Galaxy and dos Santos moved forward with a redone contract in which guaranteed money would have been left on the table, the MLSPA would have stepped in and filed a grievance on dos Santos’ behalf, whether he wanted them to or not. If that grievance were upheld, it would have created significant competitive issues in that the Galaxy’s roster would have been out of compliance after the season had already started.

“We were made aware of the situation [regarding the restructuring],” MLSPA general counsel Jon Newman said via telephone. “We voiced our concerns to the league office and let them know that if Gio gave up guaranteed money with no consideration in return, we would file a grievance under the CBA. Ultimately, we have no issue with him or any other player entering into a voluntary buyout.”

Yet the dos Santos saga raises questions going forward, namely regarding how teams spend money on players, and it’s clear that there is a divide among clubs on how to proceed.

It’s a split that has two components. One is philosophical: MLS has gotten this far by opting for slow and steady growth, though it appears to be accelerating. Why change — or so the thinking goes. But there are some teams beginning to separate themselves from the chasing pack in terms of the revenue they generate. A team such as Atlanta United, which is averaging 53,000 fans per game and raking in the local sponsorship revenue generated by such crowds, is going to be more willing to spend, making it nearly impossible for the Colorados and New Englands of the league to catch.

Organizations such as Toronto FC, the LA Galaxy and the Seattle Sounders are creating some distance as well, though not as much as Atlanta. That makes it easier to spend money on not only salaries and transfer fees but also infrastructure. The fact that Atlanta spent a reported $17 million transfer fee on Pity Martinez — a league record — speaks to its financial heft.

The dos Santos episode also makes it worth examining the league’s roster rules. MLS is now in its 24th season. One would think that at this stage, the front offices would have a fairly good idea of what works and what doesn’t — and if they don’t, well, that’s their fault. But the league, through its byzantine rules, still has an unhealthy level of oversight on matters such as who can earn TAM-level wages and who can’t. The absurdity of the system was highlighted last year when Sporting Kansas City engineered a trade with D.C. United, in which $140,000 was swapped for $100,000 in GAM.

MLS has long sought to ensure that teams don’t bid against one another for players, almost to the point of obsession. But is that still needed in a salary-cap world?

“We definitely think fewer roster restrictions on teams in terms of how money is spent is better,” said Newman, though whether this is a hill the MLSPA wants to die on in terms of its ongoing CBA negotiations remains to be seen. But given the league’s emphasis on being more of a selling — and one would presume buying — league, a simplification of the roster rules would be one way to help MLS reach that goal by making deals less complicated and by allowing teams more flexibility to spend cap space how they please.

With three new franchises in Nashville, Miami and Austin coming soon, the debate about the league’s roster and spending rules is only going to heat up.