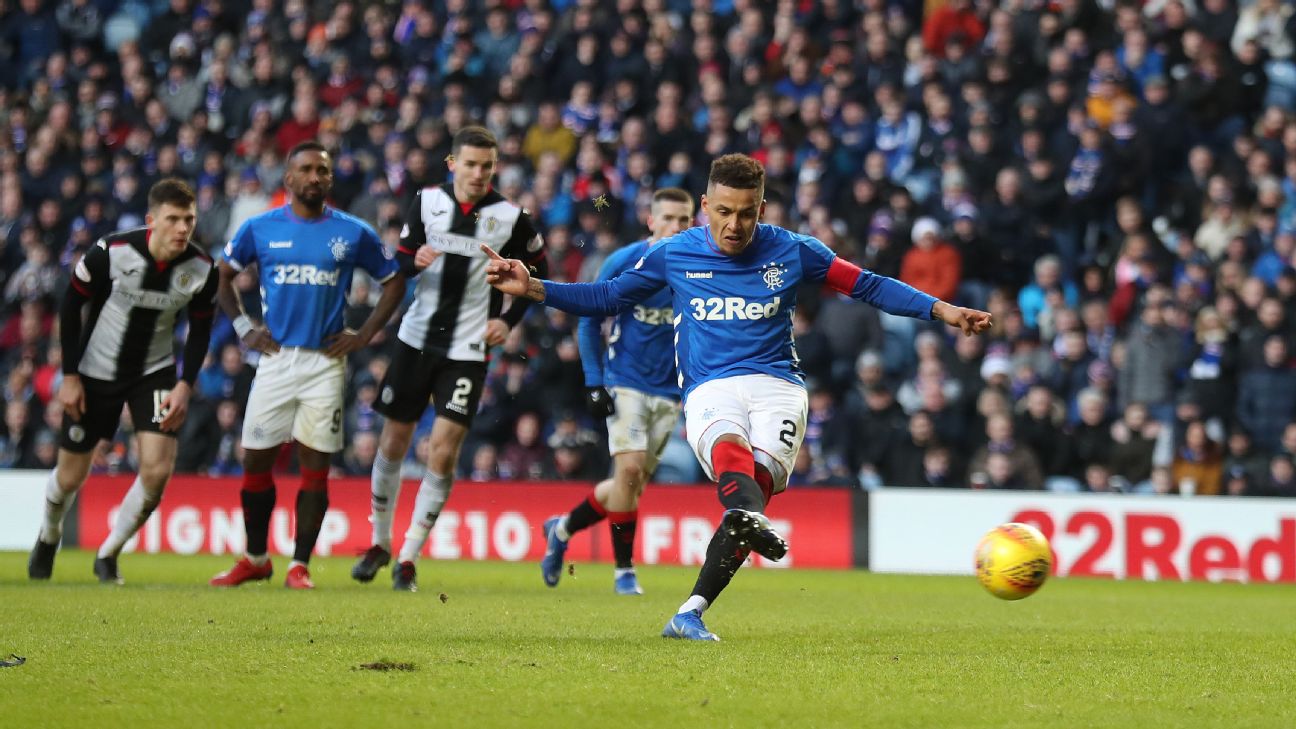 Steven Gerrard said after Rangers were awarded four penalties in Saturday’s 4-0 win over St Mirren that his team should have had five spot kicks.

Rangers kept the pressure on Scottish Premiership leaders Celtic with the easiest of home wins at Ibrox, which closed the gap to their Glasgow rivals to three points. Celtic travel to St Johnstone later on Sunday.

Captain James Tavernier opened the scoring from the spot in the third minute after Jermain Defoe had been tripped in the box, but missed a second penalty in the 26th minute after Defoe had again been impeded.

Referee Andrew Dallas pointed to the spot again in the 55th minute when St Mirren’s Greg Tansey blocked Tavernier’s cross with his hands, the Rangers skipper making no mistake this time around to put Rangers 3-0 up.

Incredibly, Dallas awarded a fourth penalty to the home side in the 80th minute when substitute Daniel Candeias was wrestled to the ground, though the infringement appeared to have taken place just outside the area.

Despite having the chance to score a hat trick of penalties, Tavernier handed the ball to Defoe, who rifled past the St Mirren goalkeeper to get on the scoresheet in his first home game since arriving from Bournemouth on loan last month.

⚽️ Ibrox was the place to be this afternoon if you love penalties! pic.twitter.com/jC50WZe7Qq

While Gerrard conceded it was highly unusual to get four penalty decisions in one match he thought striker Alfredo Morelos should have had another late on.

“First one is stonewall, a hundred percent penalty. Second is debatable, I’m not sure how much contact there was,” he told RangersTV. “Number three was the hand ball and number four right on the 18-yard box was debatable as well.

“But two are definites for me and two are debatable and we feel as if the officials have missed a clear one on Alfredo, so there could have actually been five which is very strange.

St Mirren boss Oran Kearney thought Rangers got more than they should have.

“At the time we felt very aggrieved at the decisions that were made, having watched them back,” he told the club’s website.

“There’s one penalty today and there’s three that aren’t penalties.”