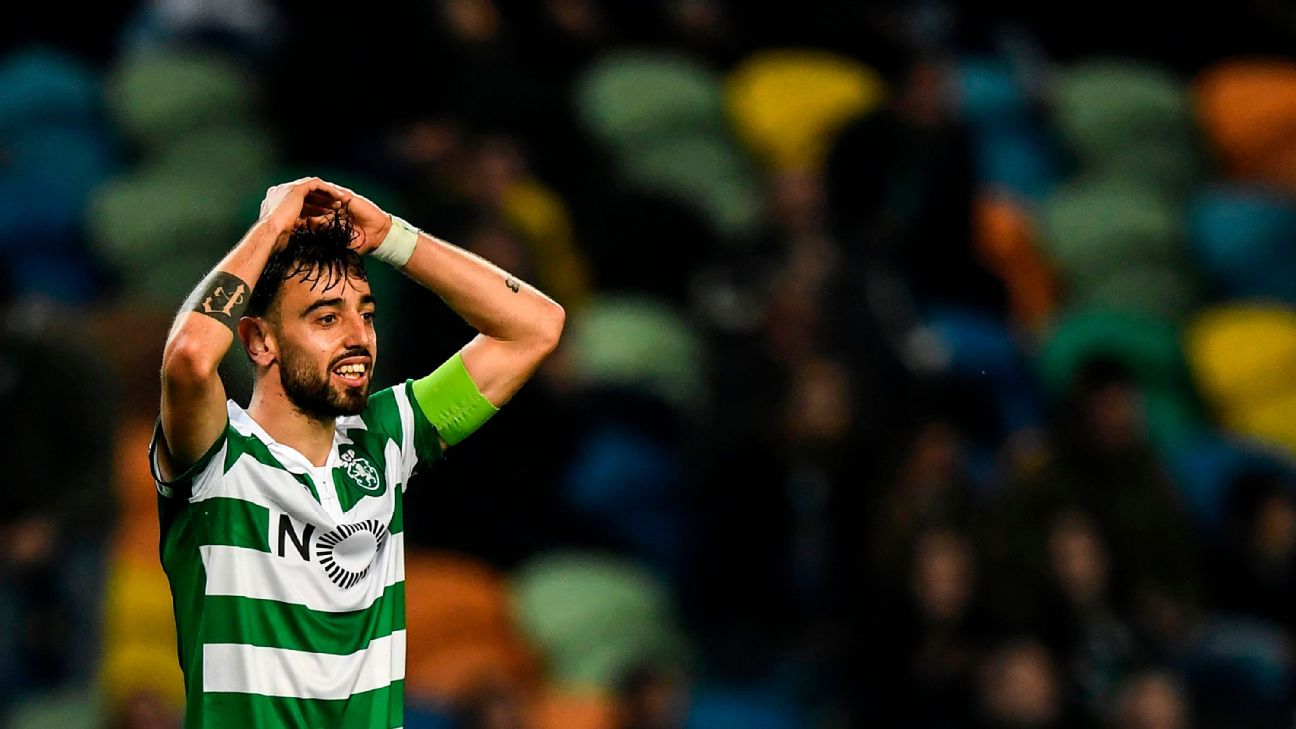 Manchester United are set to step up their attempts to overhaul their midfield following the imminent signing of Aaron Wan-Bissaka, with Sporting Lisbon’s Bruno Fernandes and Newcastle’s Sean Longstaff among their top targets, sources have told ESPN FC.

With Ole Gunnar Solskjaer signing Daniel James earlier this summer and closing in on a £50 million deal for Wan-Bissaka, attention will now turn to United’s midfield.

– When does the transfer window close?
– Check out all the completed transfers

Ander Herrera, who is leaving on a free transfer, is expected to be unveiled as a Paris Saint-Germain player next week after his contract at Old Trafford officially expires on Sunday.

Solskjaer has targeted Fernandes, Longstaff, Saul Niguez and Youri Tielemans with the expectation that at least one new midfielder will arrive before the start of the season.

Sources have told ESPN FC there have been informal meetings with Fernandes’ agent Miguel Pinho in London, although talks covered a range of topics.

Privately, Manchester City, Tottenham and Liverpool have distanced themselves from a move for the Sporting Lisbon man, who scored 31 goals in 50 games last season. The Portugal international, 24, would likely cost around £65m.

Longstaff, 21, fits Solskjaer’s profile of young British players he can develop, much like Wan-Bissaka and James, and would likely command a fee of around £25m. Newcastle, according to sources, have not yet been approached with a formal offer.

Meanwhile, United are set to stick to the £80m price tag slapped on striker Romelu Lukaku. Inter Milan are keen to sign the Belgian with sources telling ESPN FC they are ready to propose an initial loan deal with an obligation to buy.

Solskjaer, however, is not actively looking to sell and the 26-year-old, who has scored 42 goals in two seasons at the club, is in the Norwegian’s plans for the new campaign.

Lukaku, who fears he has slipped behind Marcus Rashford in the pecking order, has indicated he would be open to a move to Serie A but United will demand a hefty fee who a player who cost £75m two years ago.