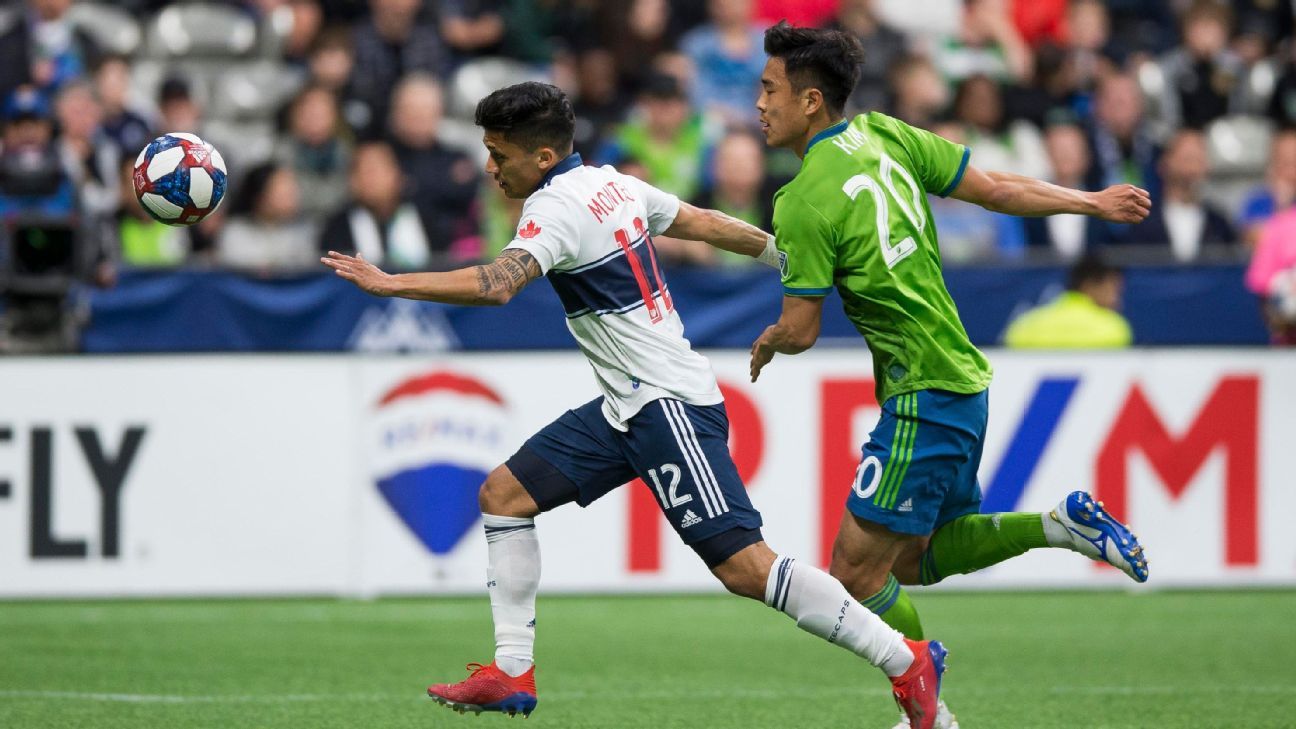 Stefan Frei made three saves to post his second shutout of the season as the Seattle Sounders remained undefeated in MLS play this season with a 0-0 draw Saturday night against the host Vancouver Whitecaps.

The Sounders gained a point while improving to 3-0-1. Vancouver (0-3-1) got its first point of the season after losing its first three games, all by one goal.

Seattle forward Raul Ruidiaz, who had scored in each of the first three games this season, took a game-high five shots but failed to get one on net.

Frei’s best save came in second-half stoppage time, as he made a diving stop on Joaquin Ardaiz‘s 10-yard shot. The ball caromed to Hwang In-Beom near the far post, but Seattle defender Kim Kee-hee blocked the rebound. Referee Robert Sibiga originally ruled a handball against Kim in the penalty area, but overturned the call on video review.

Frei knocked away a left-footed shot from the top of the 6-yard box by Vancouver’s Victor Giro, just before the ball could reach Whitecaps forward Fredy Montero at the far post.

Frei also made a diving stop on a shot by Vancouver’s Lass in the 39th minute.

Crepeau made a lunging save on a 30-yard strike by Seattle’s Gustav Svensson in the 64th minute.

Vancouver defender Erik Godoy cleared a left-footed shot by Chad Marshall off the goal line in the 50th minute.

Two minutes later, Whitecaps defender Doneil Henry snuffed out a left-footed shot by Ruidiaz before it could reach Crepeau.

Ruidiaz also had a shot from the right side of the 6-yard box blocked in the 78th minute.

It was the 136th overall meeting in all competitions between the teams since 1974 in the old North American Soccer League, the most matches of any rivalry in the U.S. and Canada. The Sounders have a 65-49-22 edge.