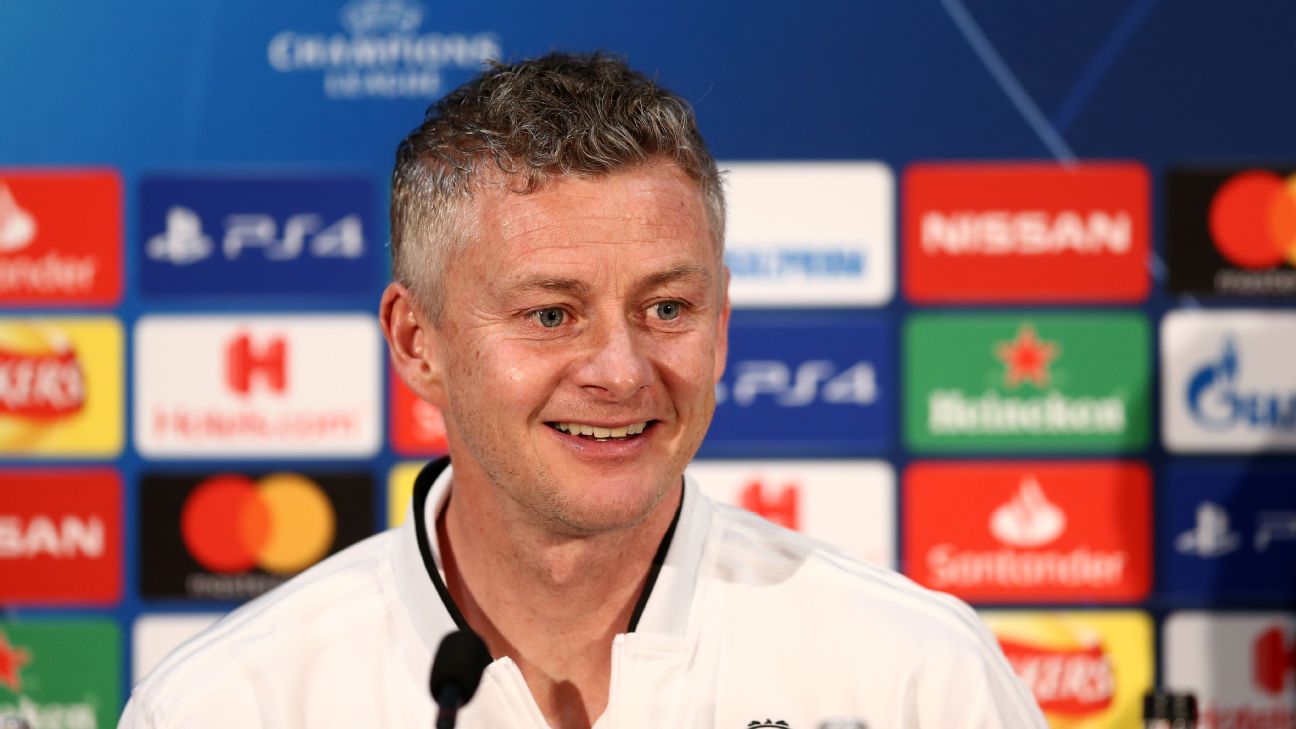 Ole Gunnar Solskjaer is the only serious candidate to succeed Jose Mourinho as full-time Manchester United manager, with sources telling ESPN FC that no other current manager or coach has been approached to discuss the position.

Despite the club’s determination to seek a high-profile, experienced coach to replace Mourinho following his sacking on Dec. 18, sources have told ESPN FC that Solskjaer has moved ahead of Tottenham’s Mauricio Pochettino and Juventus coach Massimiliano Allegri — neither of whom have so far been approached about the United job — due to the incredible transformation he has overseen, on and off the pitch, since temporarily leaving his role as coach of Norwegian club Molde.

Solskjaer, who was appointed caretaker-manager following Mourinho’s exit, has guided United to 12 victories and two draws during his interim reign in charge, with the only defeat coming at the hands of Paris Saint-Germain in the Champions League round of 16 first-leg at Old Trafford on Feb 12.

United’s run of form has seen them close an 11-point deficit on the top four positions to currently sit one point adrift of fourth-place Arsenal in the Premier League. The team have also reached the FA Cup quarter-finals having eliminated Arsenal and Chelsea away from home in the earlier rounds.

Senior figures at United would not discuss the managerial search when contacted by ESPN FC, insisting only that an appointment will be made at the end of the season, as originally planned.

But having initially turned to Solskjaer, a former United player and reserve-team manager, to bring an air of calm and stability in the wake of Mourinho’s troubled final weeks at the club, the Old Trafford hierarchy now regard the 46-year-old as having made a compelling case to be given the job permanently.

One source has told ESPN FC that Solskjaer has “completely changed the mood”at the club since his arrival, with his ability to get the best from the likes of Paul Pogba, Anthony Martial and Marcus Rashford another big factor in his favour with the Glazer family, the club’s owners, and executive vice-chairman Ed Woodward.

And despite the likelihood of a Champions League exit against PSG in next week’s second-leg in Paris — United trail 2-0 from the first game — the view within the club is that Solskjaer has far exceeded expectations while in caretaker charge and any pursuit of another manager would risk halting the progress being made under the Norwegian.

Pochettino, who is under contract a Spurs until 2023, would be a costly acquisition for United, with the Argentine’s contract reportedly worth £35 million over the period of his deal at the London club.

And Allegri, while proving himself to be a serial winner in Italy with Juventus, would represent a gamble due to his lack of experience of English football.

While it is understood that no appointment is imminent at United, Solskjaer is now in a strong position to land the job permanently due to his success in the role to date and the challenges of negotiating a deal for a rival coach in time to have them in place quickly enough to make plans for next season.