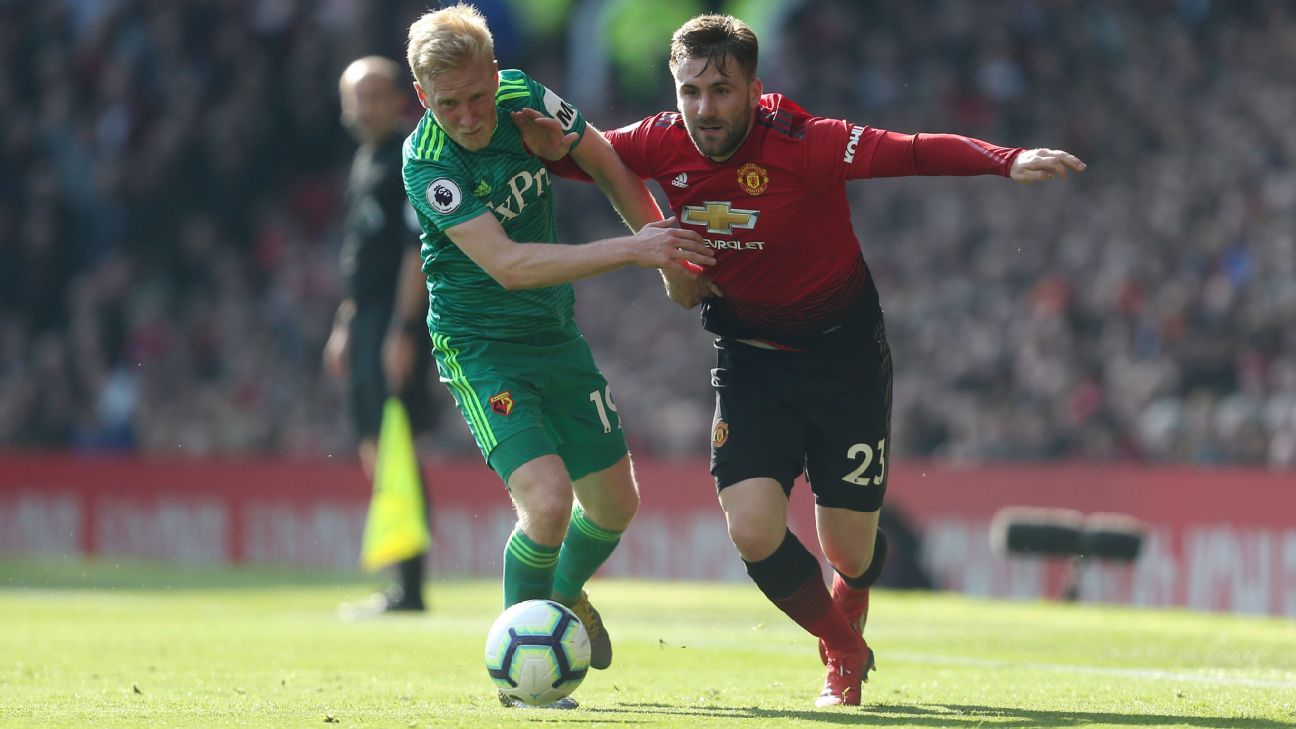 MANCHESTER, England — Ole Gunnar Solskjaer said Manchester United had got away with a sloppy display against Watford to put themselves “almost in the driving seat” to finish in the top four.

Goals from Marcus Rashford and Anthony Martial earned a 2-1 win over impressive Watford at Old Trafford. The result moved Solskjaer’s side up to fourth with seven games remaining, level on points with third-placed Tottenham.

“The first 20 minutes we started so slow and sloppy. You could see we have had players out with injuries and, with the international break, not been able to train them,” Solskjaer told a news conference.

“It is one of them first games after international break that you know could be a potential banana skin. We came away with a win, that is great, but I think everyone knows we can perform better. Three points, you can’t get more.

“There are four very good teams are challenging for two places [in the top four]. We are almost in the driving seat. We have given ourselves a good chance.”

Watford ended the game having had 20 shots at David De Gea‘s goal — 12 more shots than United managed — but only Abdoulaye Doucoure‘s late consolation to show for it.

Solskjaer described the FA Cup defeat to Wolves before the international break as the worst performance of his reign, but suggested it had been trumped by what he saw against Watford.

“After PSG, that was a mental challenge after the high of that,” he said. “We went to Arsenal, played really well and lost, and then we had the chance to get to the semifinal. That was a poorer performance than when we lost to Wolves.”

One highlight for Solskjaer was the performance of Luke Shaw, who set up Rashford’s goal with a wonderful pass through the Watford defence.

But it was not a productive afternoon for Paul Pogba, and Solskjaer said he may have made a mistake by deploying the France international in a deeper role.

“Luke has got so much in his locker,” the manager said. “He is exceptional going forward and I can’t wait to see him blossom. I thought he was total class today until he got cramp.

“Paul is important for us, but we couldn’t keep the ball today. We had 50-50 possession at home, you are a bit disappointed with that.

“Paul has been away, played two games with France. He was a bit deeper, so that is something we may have to think about, to get him more involved.”