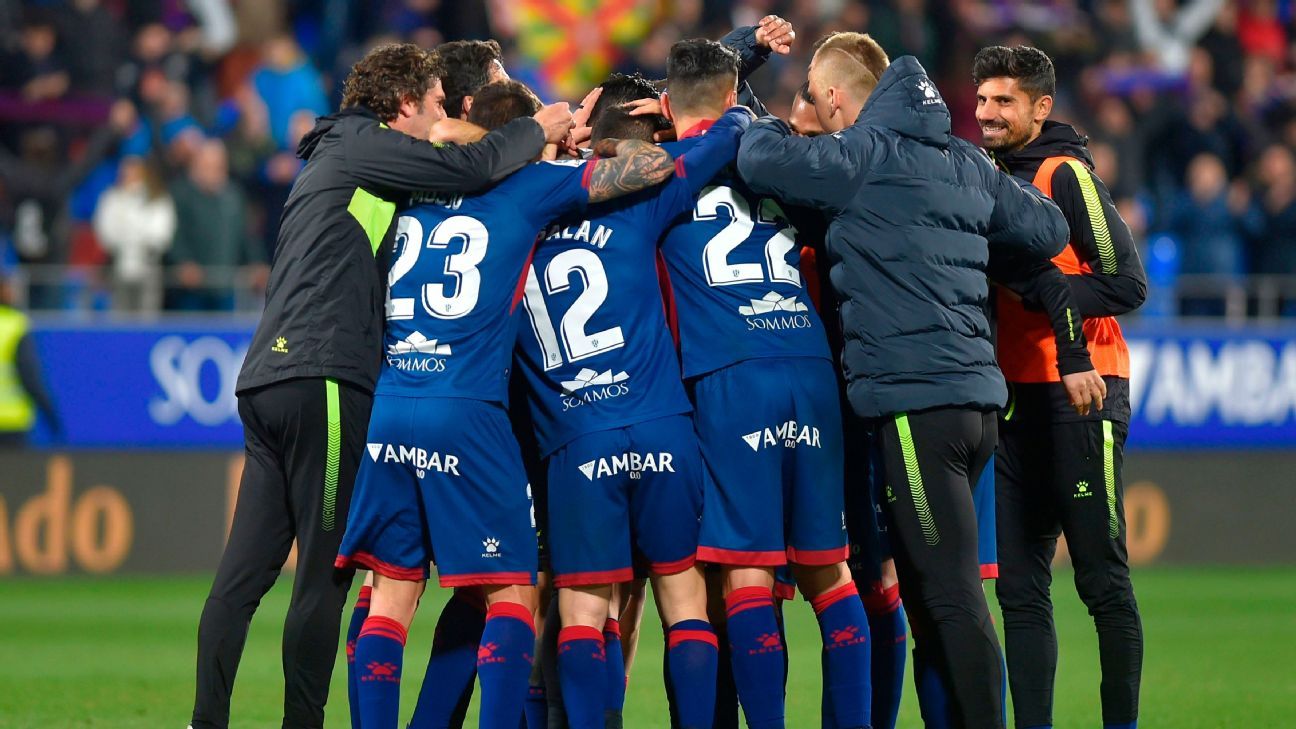 Sevilla’s chances of qualifying for next season’s Champions League were further harmed when they suffered a 2-1 defeat at La Liga’s basement club Huesca on Saturday after a frantic finish.

Sevilla, who had equalised with an 84th minute penalty from from Wissam Ben Yedder, thought they had snatched a winner in stoppage time when Munir El Haddadi put the ball in the net but the goal was ruled out for offside.

Then, in the eighth minute of added time, Huesca’s Ezequiel Avila slid to the floor to smash the ball into the net.

Venezuelan midfielder Juanpi had given the struggling home side an ideal start by scoring in the seventh minute, but Sevilla regrouped in the second period and laid siege to Huesca’s goal.

French forward Ben Yedder, who had earlier seen a goal narrowly ruled out for offside, pulled Pablo Machin’s side level from the spot after a lengthy video assistant referee (VAR) review.

That led to eight minutes of time being added and, although Sevilla looked far more likely to grab the next goal, Argentine Avila showed his nerve to complete a rapid counterattack, prompting wild celebrations in the El Alcoraz stadium.

Sevilla had the opportunity before the game to provisionally go fourth in the standings but, instead, slipped down to sixth after still not having won an away game in the league since September.

Alaves moved into fourth position to occupy the final Champions League spot after winning 2-1 at Villarreal, although Getafe can reclaim it when they visit Real Betis on Sunday.

Huesca, meanwhile, gave their unlikely bid for survival a huge boost and, although they are still bottom of the standings, they are now only three points from escaping from the drop zone.