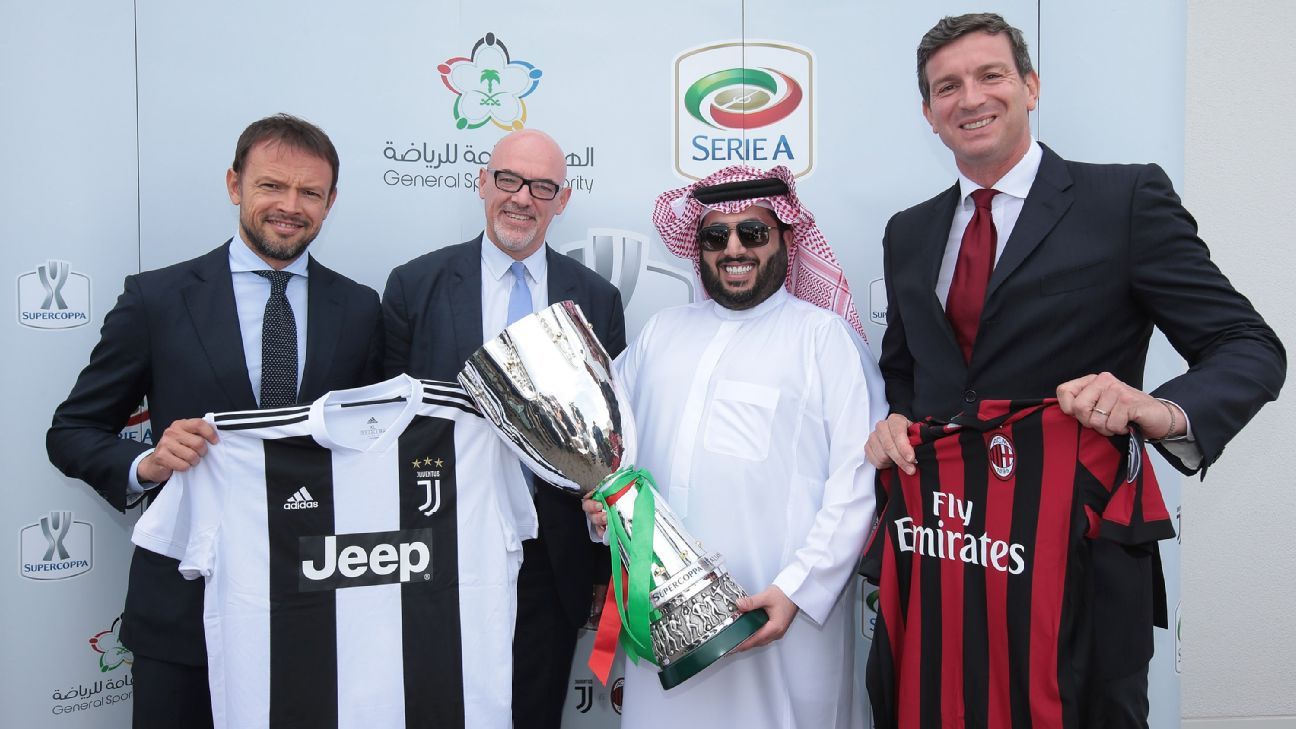 Serie A have defended the decision to have sections reserved solely for men at the Supercoppa final between Juventus and AC Milan in Saudi Arabia.

The league’s decision to host the event in the Saudi city of Jeddah caused controversy with Amnesty International calling upon the two clubs to boycott the match following the killing of journalist Jamal Khashoggi.

However, it was confirmed the match would be played on Jan. 16 — and information on the event released by Serie A said sections indicated as “singles” are reserved only for men. Those indicated as “families” are mixed for men and women.

The decision was widely criticised and Serie A president Gaetano Micciche responded to the criticism with a statement.

“Until last year, women were not allowed to attend any sporting event whatsoever,” Micciche wrote. “A few months on they have access to many sections within a stadium.

“We are working to ensure that the next time we host a tournament there, women will be able to sit wherever they like.”

Micciche also pointed out that “women will be allowed to enter the stadium alone and without a chaperone as had been erroneously reported by those who want to exploit the topic.”

He added that this match’s legacy will be “the first official international competition women were able to watch live.”

But Italian deputy prime minister Matteo Salvini condemned the imposed restrictions as “disgusting” and said he wouldn’t watch the match.

“To have the Italian Supercoppa being played in an Islamic country where women cannot go to the stadium unless they are accompanied by a man is sad. It’s disgusting. I won’t watch the game,” said Salvini, contradicting Micciche’s claim that women would be allowed in the stadium without a chaperone.

Giorgia Meloni, head of the far-right Brothers of Italy party, called for the final to be postponed.

“It should be organised in a country that respects our women and our values,” she wrote in a Facebook post.

The Italian Supercoppa was first staged in 1988, and this will be 10th time it is played outside of Europe. The first was in 1993, when Milan and Torino met in Washington, D.C.

A tennis exhibition match between Novak Djokovic and Rafael Nadal, which had been due to take place in Jeddah on Dec. 22, was called off due to an injury to the Spaniard. Both players had expressed doubt as to whether they would play and Amnesty International had also urged for the match not to go ahead.

Information from Reuters was used in this story.