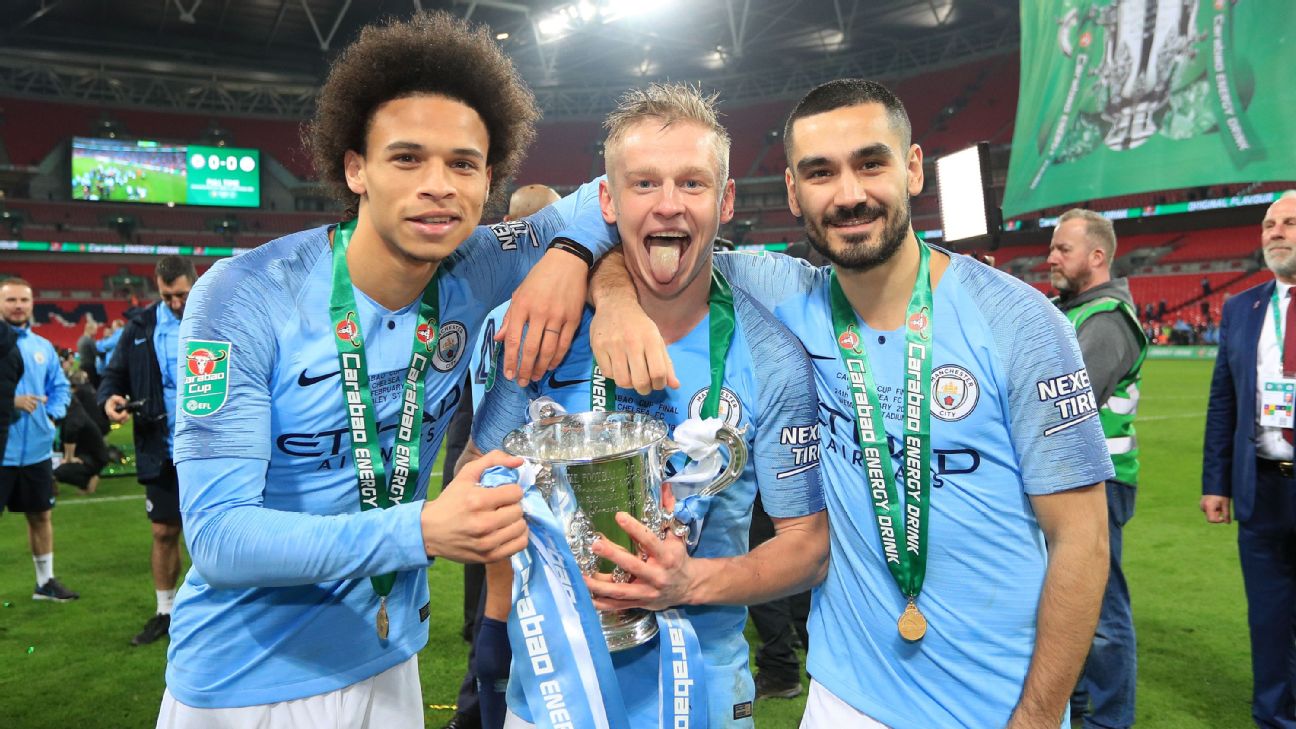 The Premier League champions have been busy tying down their young players to long-term contracts over the past 12 months with Raheem Sterling, Kevin De Bruyne, Aymeric Laporte, Gabriel Jesus and Ederson among those to have agreed new deals.

And City have been in talks with Sane, 23, since last summer with his deal running out in June 2021.

Pep Guardiola said he wants Sane to stay “for many, many years” when discussing a possible contract extension in December.

The Germany international, who moved to City in a £37 million move from Schalke in 2016, responded by praising the City boss for improving him as a player ahead of Wednesday’s international friendly with Serbia.

“He has had a great influence on me,” Sane told a news conference. “Because of him I improved a lot and got to his level. Also because of my great teammates.

“But he always tries to make all of us better every day. That is his main goal. We work always on our weaknesses.”

Meanwhile, Zinchenko is set to be rewarded with a new deal after becoming an integral part of City’s push for a quadruple.

The Ukraine international looked to be heading out of the Etihad in the summer with Wolves ready to play £16m for the 22-year-old.

But he has once again been pressed into action as an emergency left-back following injuries to Benjamin Mendy and Fabian Delph and has made the most of the opportunity with a series of outstanding performances.

Zinchenko, who has started 21 matches in all competitions, has impressed Guardiola with his displays and is now set to be rewarded with a new long-term deal.