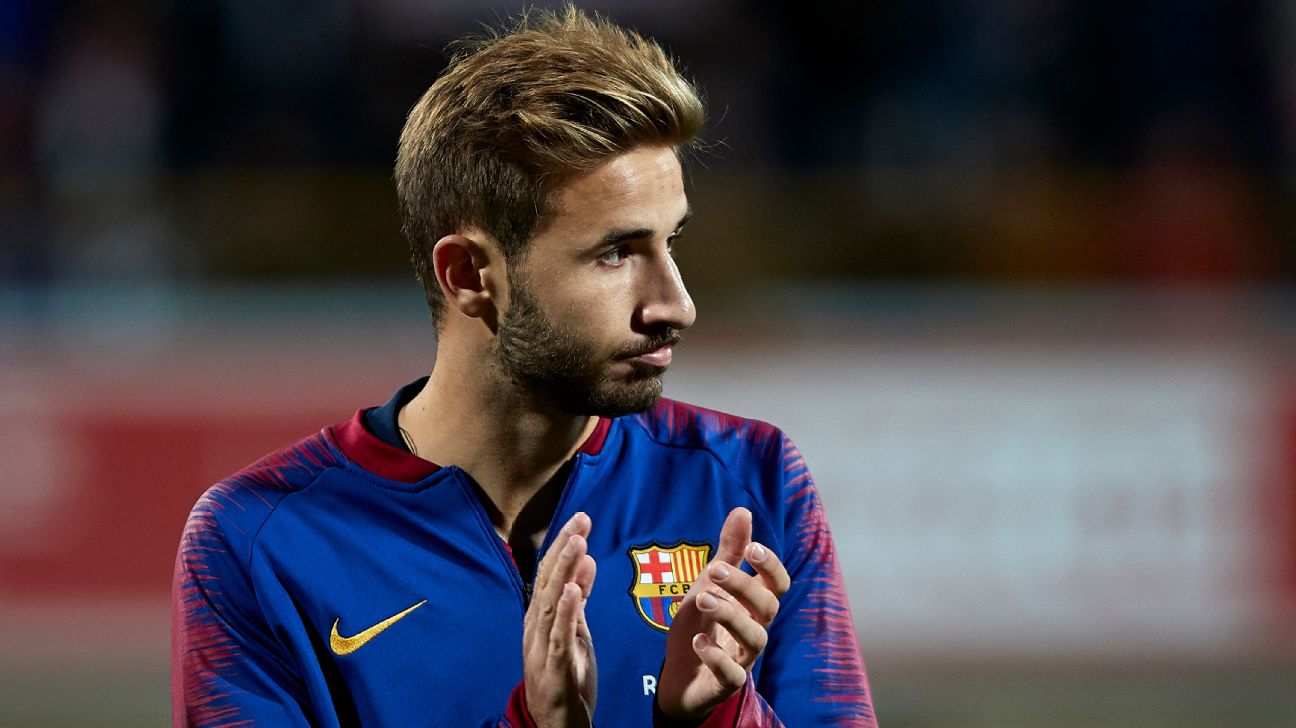 BARCELONA, Spain — Sergi Samper has confirmed that he will sign for Japanese club Vissel Kobe after his Barcelona contract was cancelled, ending an 18-year stay.

Samper, who made one Barca appearance this season, said his desire to play regular football again was the main reason behind his decision to move to Japan at the age of 24.

The midfielder said former Barca captain Andres Iniesta, who signed for Vissel Kobe last summer, had played a key role in convincing him to join the J-League club.

“I just want to play — I want to enjoy football again and this gives me that chance,” Samper told a news conference attended by friends, family and Barca coach Ernesto Valverde on Tuesday.

“The club’s owner [Hiroshi Mikitani] presented an ambitious project to me. He convinced me I’d be key to the development of that project. They want to play in Barca’s style.

“Iniesta called me to convince me, too. That was important. He explained the project, told me that he’s really happy there and that it’s a good place to be.”

Samper said he had learned of Vissel Kobe’s interest through Gerard Pique last week. Pique has close links to Mikitani who, as well as owning Vissel Kobe, is the CEO of Rakuten, the Japanese e-commerce company that sponsors Barca.

After joining as a six-year-old, Samper captained every youth team as he progressed through the Barcelona academy, making his first team debut in the Champions League in 2014.

But a series of injuries halted his progress, also disrupting loan spells at both Granada and Las Palmas.

An injury in his first appearance this season, in the Copa del Rey game against Cultural Leonesa, means he leaves Barcelona having made just 13 first-team appearances.

Samper, who will also link up with former Barca striker David Villa, can join Vissel Kobe immediately because the transfer window in Japan is still open.