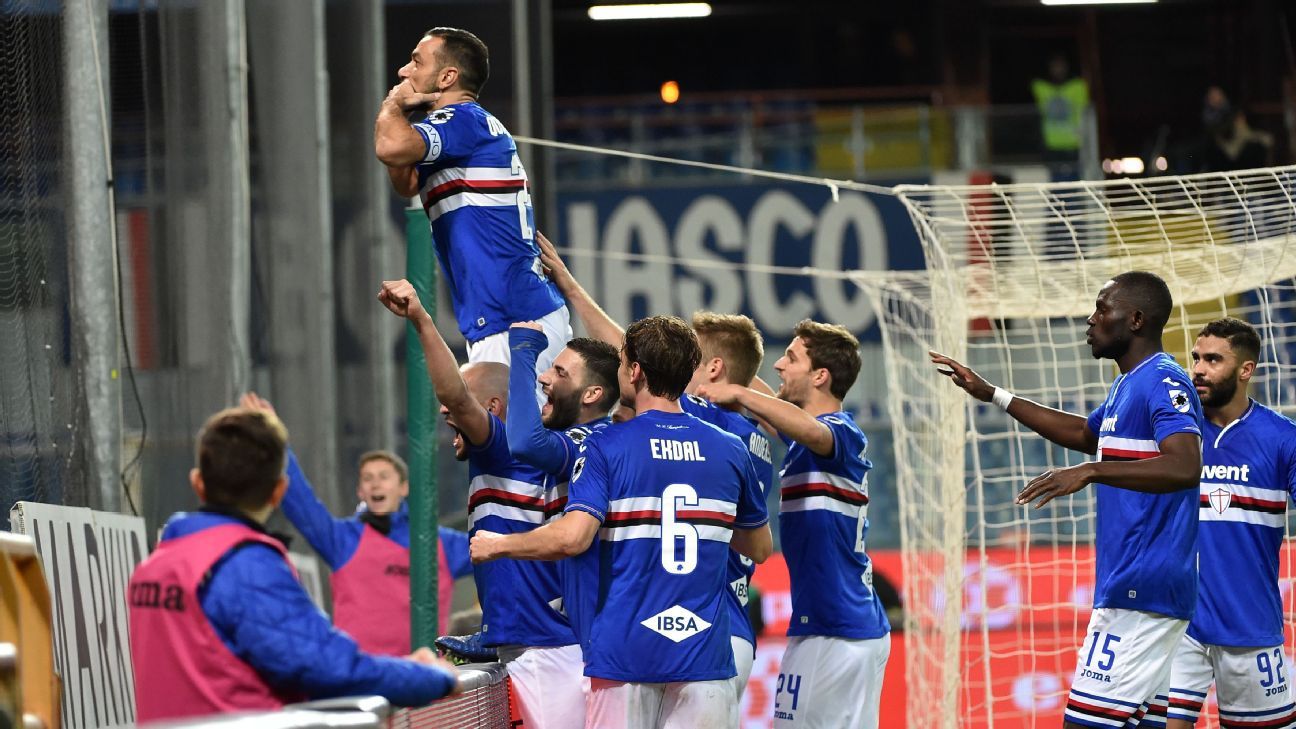 Veteran forward Fabio Quagliarella scored for a record-equalling 11th Serie A match in a row as he converted two penalties to lead Sampdoria to a 4-0 win over Udinese on Saturday.

The 35-year-old took his tally for the season to 16 as he matched Gabriel Batistuta’s feat, which the Argentine achieved for Fiorentina in 1994.

Sampdoria made a slow start but took control after Valon Behrami tripped Gregoire Defrel and Quagliarella rifled the penalty into the bottom left corner in the 33rd minute.

Behrami’s unhappy evening ended when he was substituted eight minutes later in what appeared to be a tactical switch, the Swiss directing an angry look at Udinese coach Davide Nicola as he left the pitch.

The home team were awarded another penalty when Nicholas Opuko blocked Nicola Murru‘s shot with his hand in the 56th minute and Quagliarella again went left, firing his shot into the roof of the net this time.

Karol Linetty turned in Riccardo Saponara‘s pass for the third in the 68th minute before Manolo Gabbiadini scored his first goal since his move from Southampton, meeting Quagliarella’s low cross first time at the far post.

The win lifted Sampdoria to sixth in the table with 33 points while Udinese are 16th with 18 points.

Earlier, Sassuolo ended a run of seven home matches without a win by thumping Cagliari 3-0.