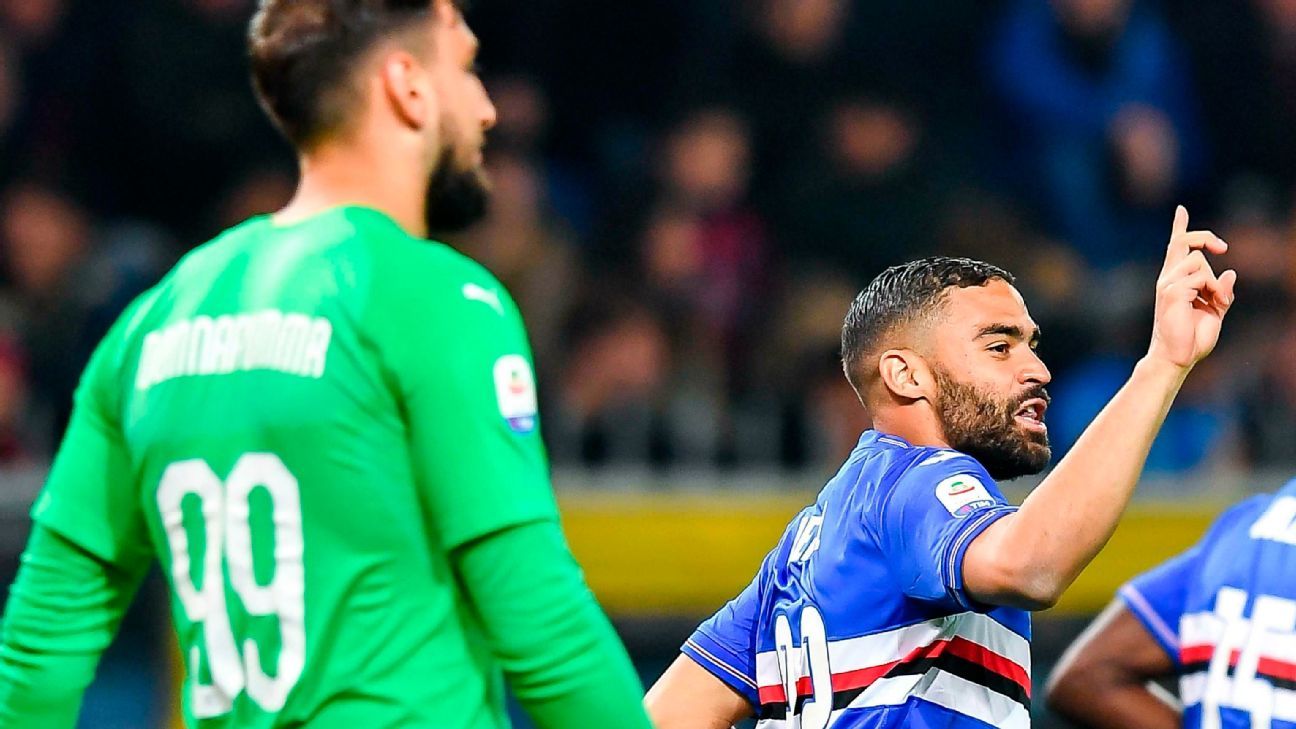 Sampdoria pounced on a glaring error by AC Milan goalkeeper Gianluigi Donnarumma in the first minute to beat Gennaro Gattuso’s side 1-0 in an end-to-end Serie A match on Saturday.

Donnarumma collected a back pass from Alessio Romagnoli but gave the ball straight to Sampdoria forward Gregoire Defrel who tapped in from close range after 33 seconds to hand Milan a second successive league defeat.

Milan gave a disjointed performance and often struggled to play their way out of defence as eighth-placed Sampdoria pressed aggressively.

Fourth-placed Milan (51 points) never gave up, however, and had a late penalty appeal turned down following a long VAR review of a tackle by Nicola Murru on Krzysztof Piatek.