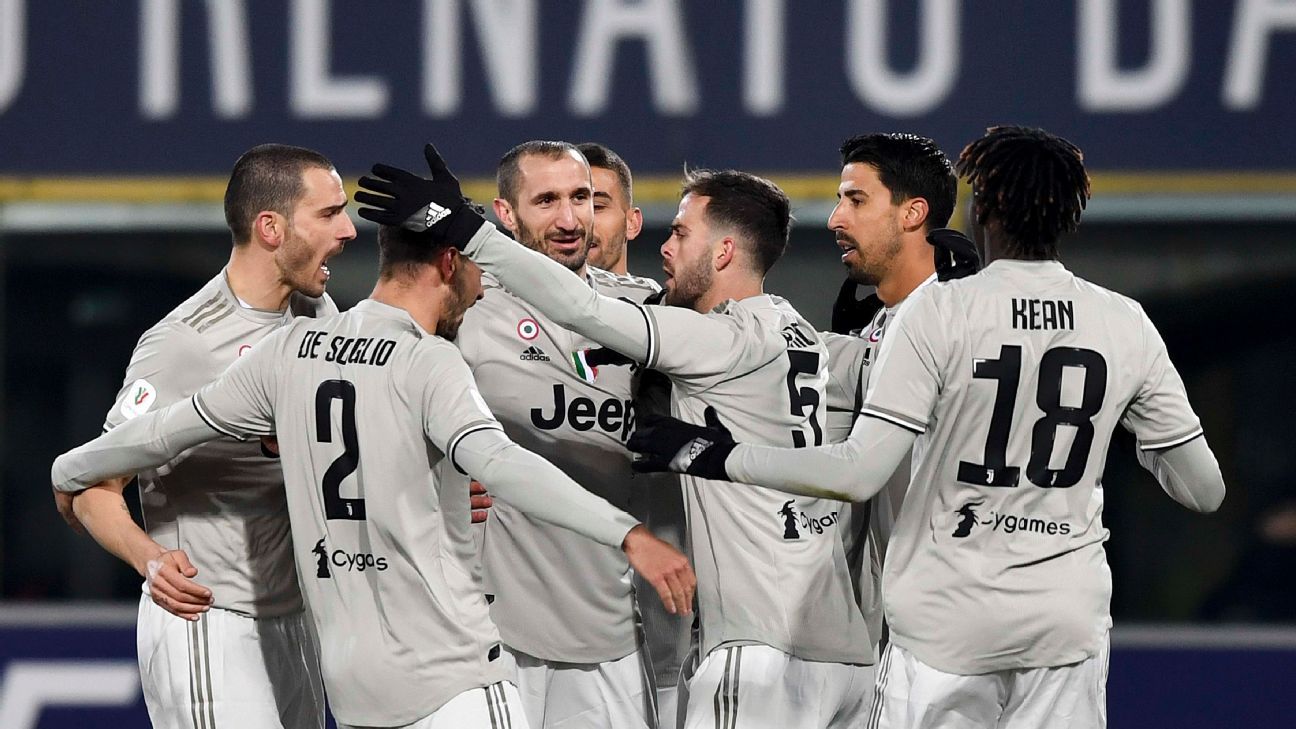 Cristiano Ronaldo was among several regular players who didn’t start though defending champion Juventus nevertheless eased into the quarterfinals of the Coppa Italia on Saturday.

Juventus, who achieved the league and cup double in the past four seasons, won at Bologna 2-0 and will next face Atalanta or Cagliari.

Juventus coach Massimiliano Allegri said on Friday that Ronaldo would play at Bologna and insisted the superstar was calm after being asked this week by police to provide a DNA sample in a rape investigation.

Ronaldo was in the reserves with fellow forward Paulo Dybala, while Mario Mandzukic, Juan Cuadrado, Andrea Barzagli and Joao Cancelo were injured. He was brought after the hour mark with the match all but won.

Bologna gifted Juventus the opener in the ninth minute as goalkeeper Angelo Da Costa collided with teammate Arturo Calabresi as they both went to defend Mattia De Sciglio‘s long ball, allowing Federico Bernardeschi to fire into an open net.

Bologna wasted chances to level and Juventus doubled their lead four minutes into the second half when Douglas Costa‘s shot was deflected and teenager Moise Kean fired in the rebound.

Juventus are next scheduled to travel to Saudi Arabia for Wednesday’s Italian Super Cup against AC Milan.