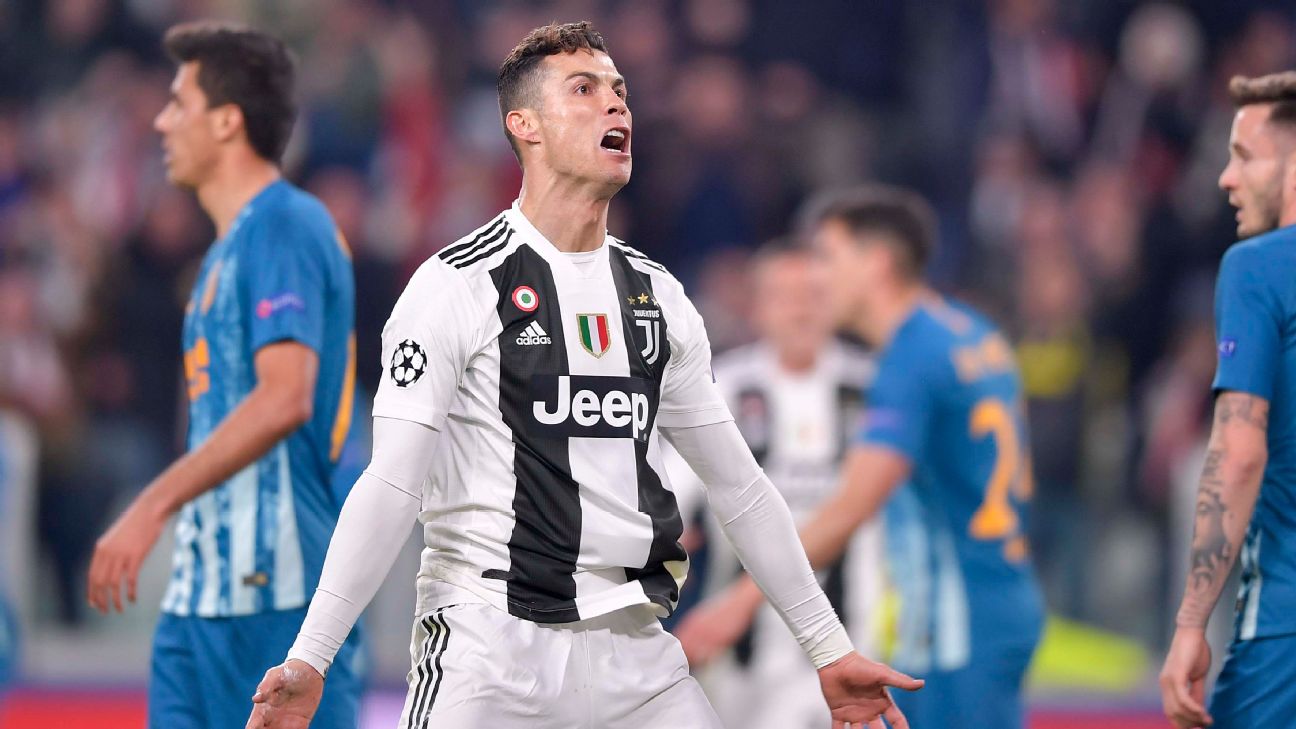 Cristiano Ronaldo said Juventus had signed him for nights like Tuesday after his hat trick saw them overturn a 2-0 defeat from the first leg to eliminate Atletico Madrid from the Champions League.

The Portugal international forward’s goals took the Bianconeri into the quarterfinals and kept him in the hunt for a sixth Champions League title — a fourth in a row — and he reflected on a “magic” night.

“This had to be a great night and it was one, not just for my goals but for the team,” he told Sky Sport Italia. “Maybe this is why Juve signed me. I just do my job and it was a magic night. We’ve not done anything yet, but we’re very proud.

Meanwhile, Juve defender Leonardo Bonucci said criticism of the Bianconeri‘s first-leg performance had inspired them to turn things around and reach the quarterfinals.

Talk in the Italian media of the season being considered a failure in the event of an elimination from the Champions League in the last 16 — despite signing Ronaldo in the summer — had been doing the rounds ever since Juve were beaten in Madrid.

That merely provided the motivation for the Italian champions to bounce back, according to Bonucci.

“Somebody was already celebrating, but we replied on the field,” Bonucci told Sky. “A lot of things have been said since that game and these days, but as always Juve provided their answer on the field.

“We showed we’ve got [guts] for the whole game. Remember that we had players out, yet this was a great game with what we tried in an incredible atmosphere — the stadium was really our 12th man tonight.

“Certainly all that was said had touched us personally and when that happens, you give that bit more. People are only looking for mistakes, but that’s how it is and the coach and the team are experienced enough and we have thick skin.”

Juventus boss Massimiliano Allegri was worried his side could lose their cool from the first leg but his fears were unfounded.

“The boys read the game in the best possible way, playing at a high tempo and exploiting the width of the pitch,” he said.

“I wanted to us play like that also in the first leg, but then I changed something and it didn’t go the right way.

“It was a fluid, cool and calm performance. We had been waiting for this evening for a long time and we risked having a frenetic game, instead we had to pressure them whilst also keeping a balance, and we did it.”