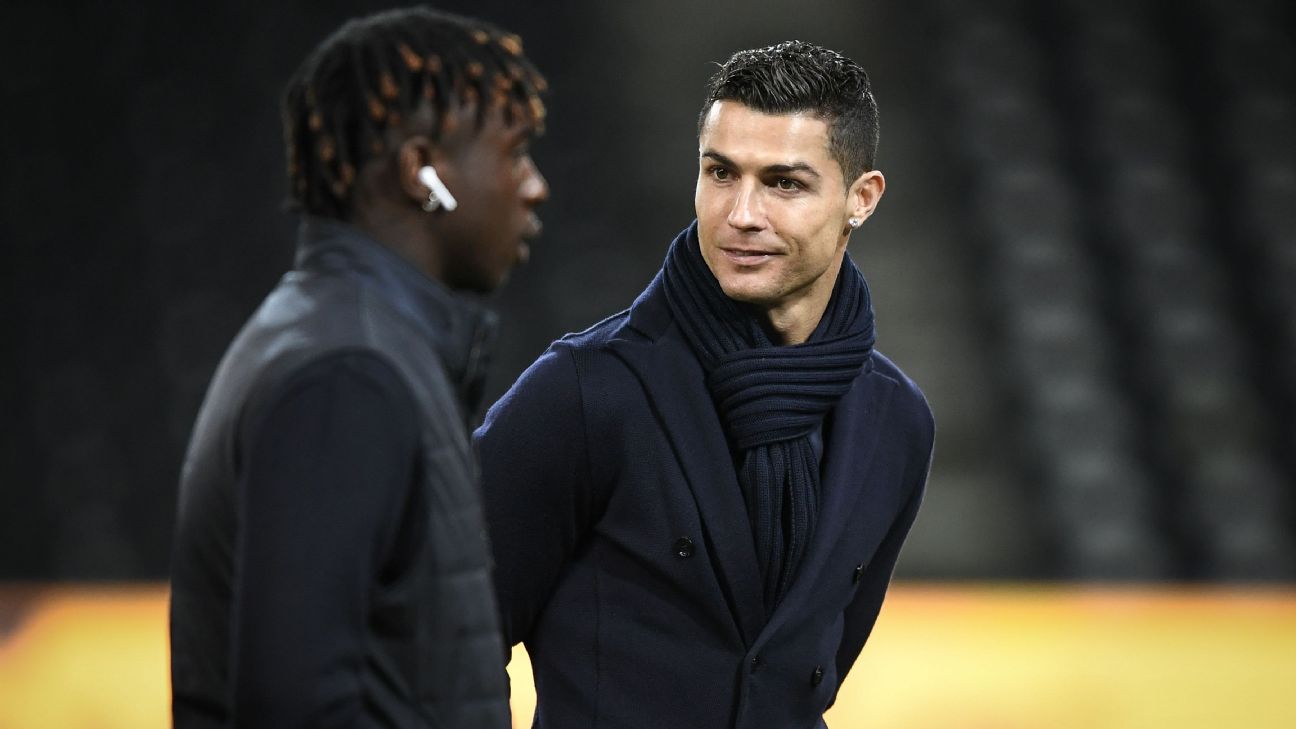 Italy forward Moise Kean has said he is learning from Juventus teammate Cristiano Ronaldo after becoming the country’s youngest goal scorer for more than 50 years.

Kean, 19, scored Italy’s second goal on his first start for his country as they began their European Championship qualifying campaign with a 2-0 home win over Finland on Saturday.

He became the youngest striker to start for Italy in more than a century and said the chance to work with Ronaldo at Juve had benefited his game.

“I can only learn from him. It happens every day,” Kean said. “I’m just trying to stay ready by training to my fullest. There are a lot of records to break, and I’m ready to break them.”

Kean only made his first start for Juve on March 8, scoring twice in a 4-1 home win over Udinese as Ronaldo was rested.

It was just his third Serie A appearance of the season after spending most of the campaign as an unused substitute, but the performance elevated him straight into Roberto Mancini’s full Italy squad.

And Mancini tipped the forward for stardom, telling reporters: “His prospects are huge, but let’s not forget that we’re talking about a 19-year-old kid.

“We expect great things from him but we also need to accept the mistakes. He’s destined for greatness. He’s got a lot of skill and is always improving. But having talent isn’t enough. You’ve also got to play calmly, with joy.”