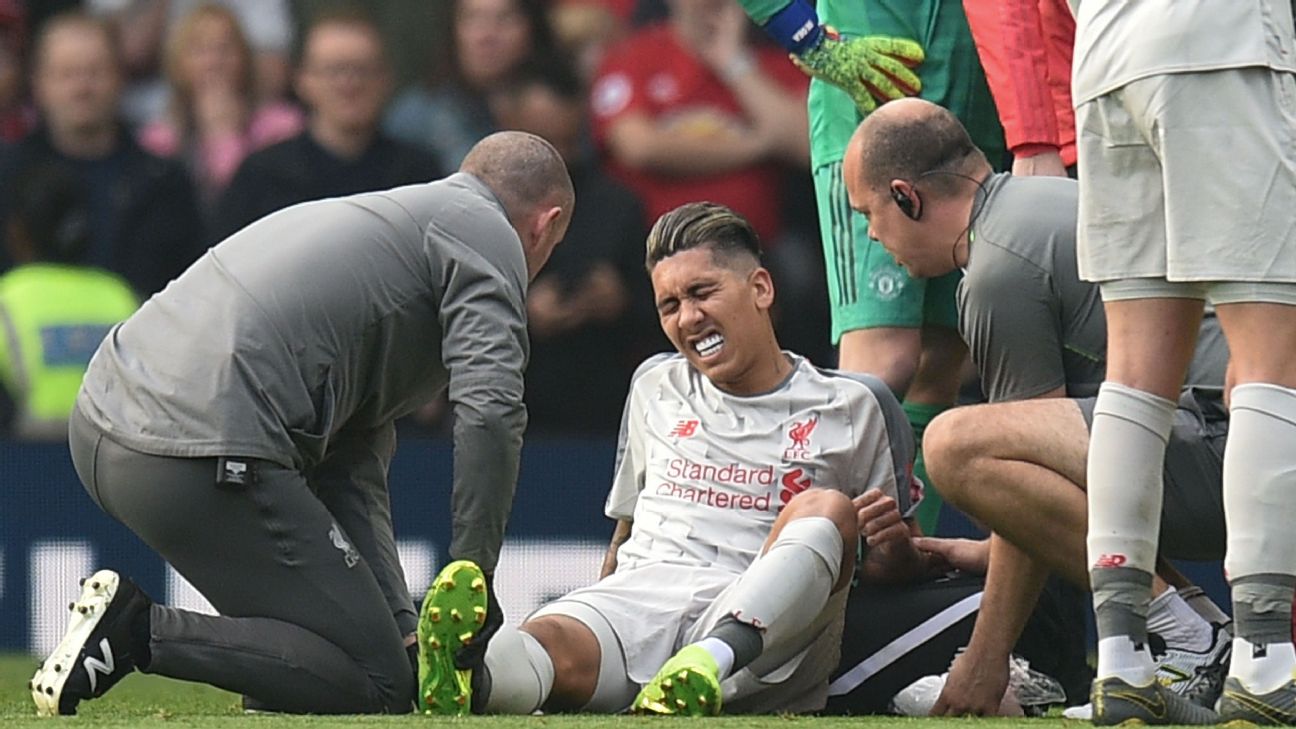 LIVERPOOL, England — Jurgen Klopp has said Roberto Firmino avoided a serious injury against Manchester United and has a “big chance” of featuring in Sunday’s Merseyside derby.

Firmino left Old Trafford on crutches after injuring his ankle in the first half of last Sunday’s goalless draw.

While the Brazilian faces a race against time to be fit for Wednesday’s encounter with Watford, he is more likely play against Everton.

“He looks good, we were obviously lucky,” Klopp said a news conference on Tuesday. “It is not as serous as we thought in the first moment, but if Bobby leaves the pitch it is not a good sign.

“We play tomorrow and it will be very close for that, but there’s still a chance for the derby [on Sunday]. Because it’s Bobby, I would say ‘yes [there is a chance for Watford]’, but I don’t know if I would use that chance.

“Writing Bobby off is a big mistake because he recovers very quick.”