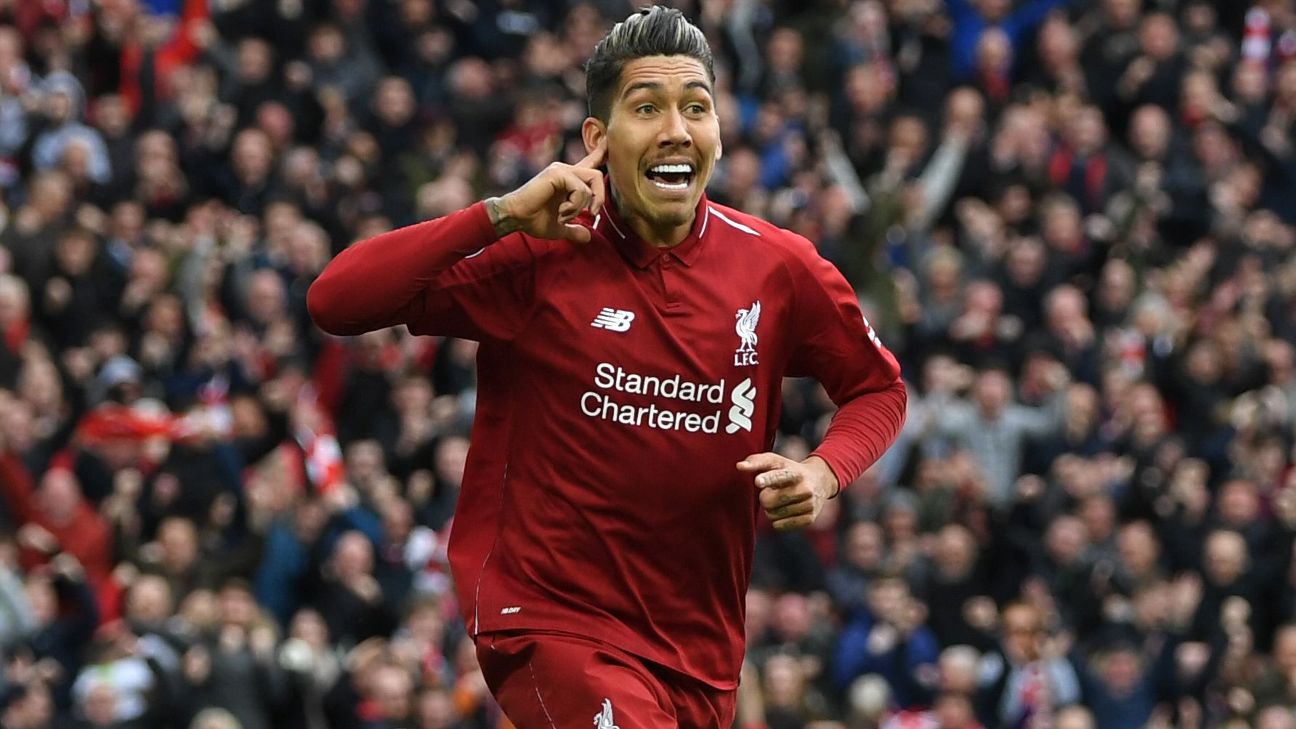 Liverpool returned to the top of the table in the most dramatic of circumstances, as a stoppage-time freak own goal from Toby Alderweireld gave Jurgen Klopp’s men a huge win after a hard-fought encounter with an impressive Tottenham side.

The fight and resilience of this team is something every Liverpool fan should be proud of. At 1-1 they looked in trouble and Spurs had chances to win it, but Klopp’s men dug deep and found a way to get the three points. A draw wouldn’t have ended their title hopes but it would have made things a lot more difficult.

The second-half performance wasn’t good at all. The Reds were on the back foot and lost control of the midfield. When Spurs equalised few could claim that it hadn’t been coming.

6 – Eyebrows were raised when the team was announced and Fabinho wasn’t in it. The Brazilian has become a key player and leaving him out was a strange call from Klopp. It could be argued that the German then waited too long to bring him on, as his belated introduction (along with that of Divock Origi) certainly helped the Reds regain control of the game and ultimately win it.

GK Alisson, 6 — Too casual at times with his distribution and had one or two erratic moments. Made a decent save to deny Harry Kane but had no chance when his compatriot Lucas Moura fired in the equaliser.

DF Trent Alexander-Arnold, 7 — Excellent on the ball, defended well and showed a tremendous range of passing. Struck the post from an inswinging corner and provided the cross that led to the winning goal.

DF Joel Matip, 7 — Solid. Did what he needed to do and even though Liverpool’s other centre-backs are now fit again, Matip is holding onto his place on merit now.

DF Virgil van Dijk, 7 — Largely untroubled defensively but had to show his quality late on when he had Moussa Sissoko and Son Heung-min both bearing down on him. The Dutchman elected to allow Sissoko a run on goal and instead wisely took away the option of passing to Son, a decision that paid off as Sissoko looked reluctant to shot before eventually missing the target with his weaker foot.

DF Andy Robertson, 8 — Another rampaging display from the Scot, particularly in the first half when Liverpool were on top and he was able to charge forward at will. A pinpoint cross created the opener for Roberto Firmino and in the second half he showed his defensive quality with a goal-saving block to deny Christian Eriksen.

MF Jordan Henderson, 5 — Started brightly but his influence waned the longer the game went. He probably should have been replaced 10 minutes before he eventually was.

MF Georginio Wijnaldum, 6 — Plenty of work rate but was unable to really make much of an impact. Looked livelier following the introduction of Fabinho when he seemed to be given more licence to run forward.

MF James Milner, 6 — Some moments of quality but it was all a bit of a slog for Liverpool’s midfield, Milner included. Replaced by Origi as Klopp elected to chase the game and get an extra attacker on.

FW Roberto Firmino, 8 — Scored a fine header and was excellent in the first half, where his clever one-touch passing and ability to link the play helped Liverpool dominate. Faded after the break as Tottenham took control of the game, but worked tirelessly off the ball.

FW Sadio Mane, 7 — The man in form, but Spurs generally kept him well shackled. Went close with two curling efforts in the first half and impressed with his willingness to run back and help out defensively.

FW Mohamed Salah, 6 — Things just aren’t going his way at the moment and this was another below par display from the Egyptian. To his credit though he kept going and didn’t allow his head to drop. Got his reward late on when his header was parried by Hugo Lloris onto the shins of Alderweireld and into the net for the decisive goal.

MF Fabinho, N/R — Excellent after replacing Henderson. Should have started and Klopp will no doubt think twice about leaving him out again, as he’s become a key player over recent months.

FW Divock Origi, N/R — Made a positive contribution on the left wing after coming on for Milner.

DF Dejan Lovren, N/R — Sent on for the dying seconds to deal with the potential aerial threat of Fernando Llorente.