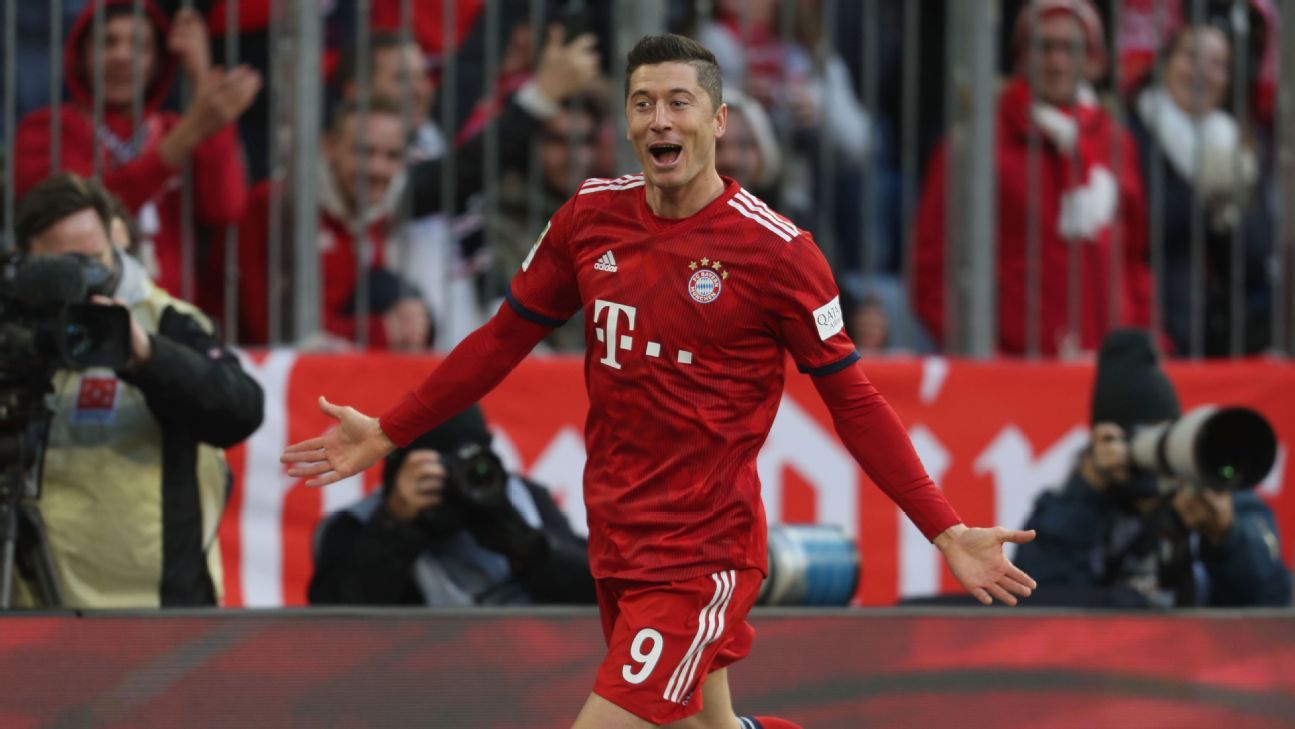 Robert Lewandowski has said he could retire from football when his contract expires at Bayern Munich in 2021.

Lewandowski, 30, looked set to leave Bayern in May when his agent Pini Zahavi claimed the striker wanted a fresh start elsewhere.

“He needs a change and a new challenge in his career,” Zahavi said at the time.

But Lewandowski has said he now feels settled at Bayern and has not ruled out making them the last club of his career.

“I feel that, after all those rumours and problems are off the table, I am at FC Bayern with all of my heart,” Lewandowski told Sport Bild. “I am here 100 percent. I don’t like it when things are not resolved, problems hover in the air. The situation is different now, I am relieved.

“I feel well here at Bayern, I want to meet expectations. A move is not on my mind. I admit other things were an issue in the summer, but that’s over.”

The Poland captain will be almost 33 when his deal at Bayern ends in June 2021 and added: “I don’t know if I’ll be at a top level to play at Bayern towards the end of my career. But it’s definitely an option for me to retire from football at Bayern.”

Lewandowski, who joined Bayern on a free transfer from Borussia Dortmund in 2014, has scored 19 goals in 23 matches in all competitions this season.