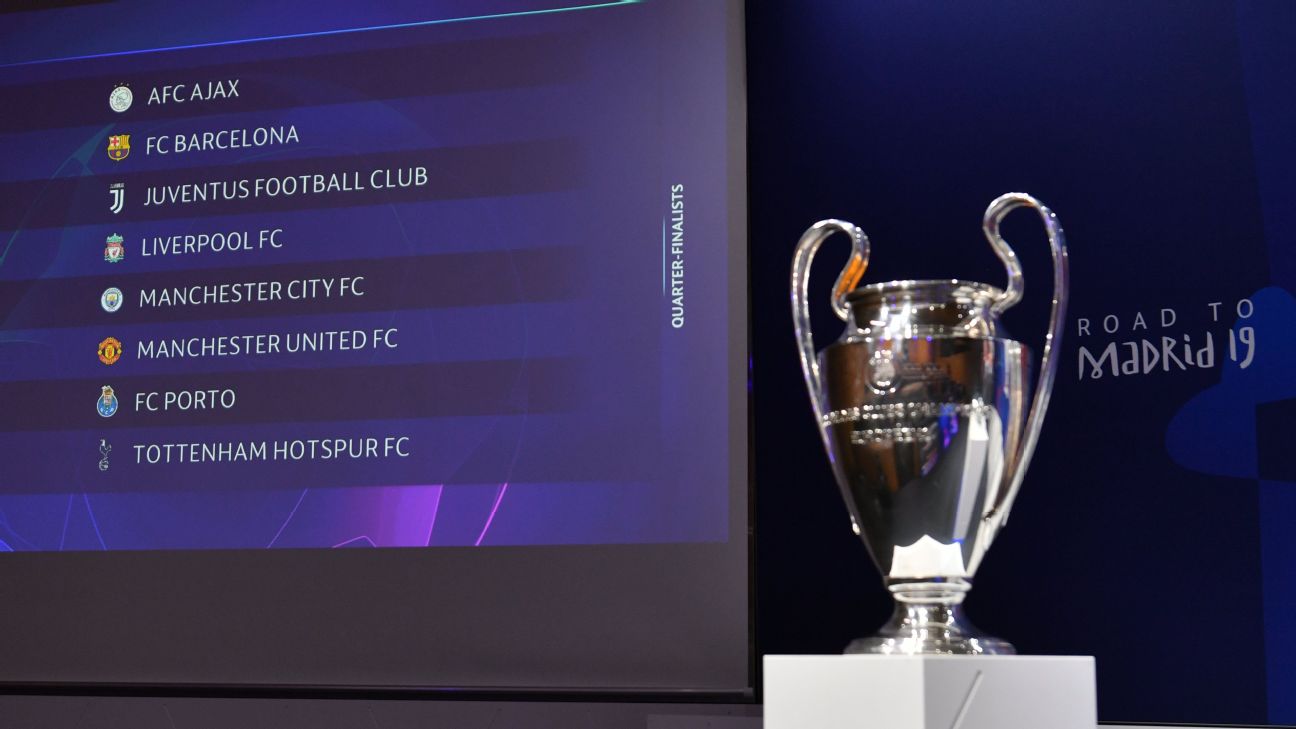 Ole Gunnar Solskjaer will return to the scene of one of his most famous nights after Manchester United were drawn against Barcelona in the quarterfinals of the Champions League.

There is an all-Premier League clash between Tottenham Hotspur and Manchester City, while Liverpool’s challenge for a Champions League and Premier League double sees them come up against Porto and Ajax face Juventus.

Catch up with the draw here.

Tottenham or Man City vs. Ajax or Juventus
Man United or Barcelona vs. Liverpool or Porto

The quarterfinal first legs are scheduled for April 9/10; the second legs set for April 16/17. The semifinals will be played April 30/May 1 and May 7/8.

The final will take place in Spain at Atletico Madrid’s Estadio Metropolitano on Saturday, June 1.

Arsenal have been handed a difficult draw against Serie A side Napoli in the quarterfinals of the Europa League.

The Gunners were due to have the second leg at the Emirates, but their tie was switched as they are not permitted to play at home on the same night as Chelsea. The Blues will meet Slavia Prague, who sensationally dumped Sevilla out the competition in extra time on Thursday night, with the second leg at Stamford Bridge.

Napoli or Arsenal vs. Villarreal or Valencia
Benfica or Frankfurt vs. Slavia Prague or Chelsea

The quarterfinal first legs are scheduled for April 11; the second legs set for April 18. The semifinals will be played May 2 and May 9.

The final will take place in Azerbaijan at Olympic Stadium, Baku on Wednesday, May 29.