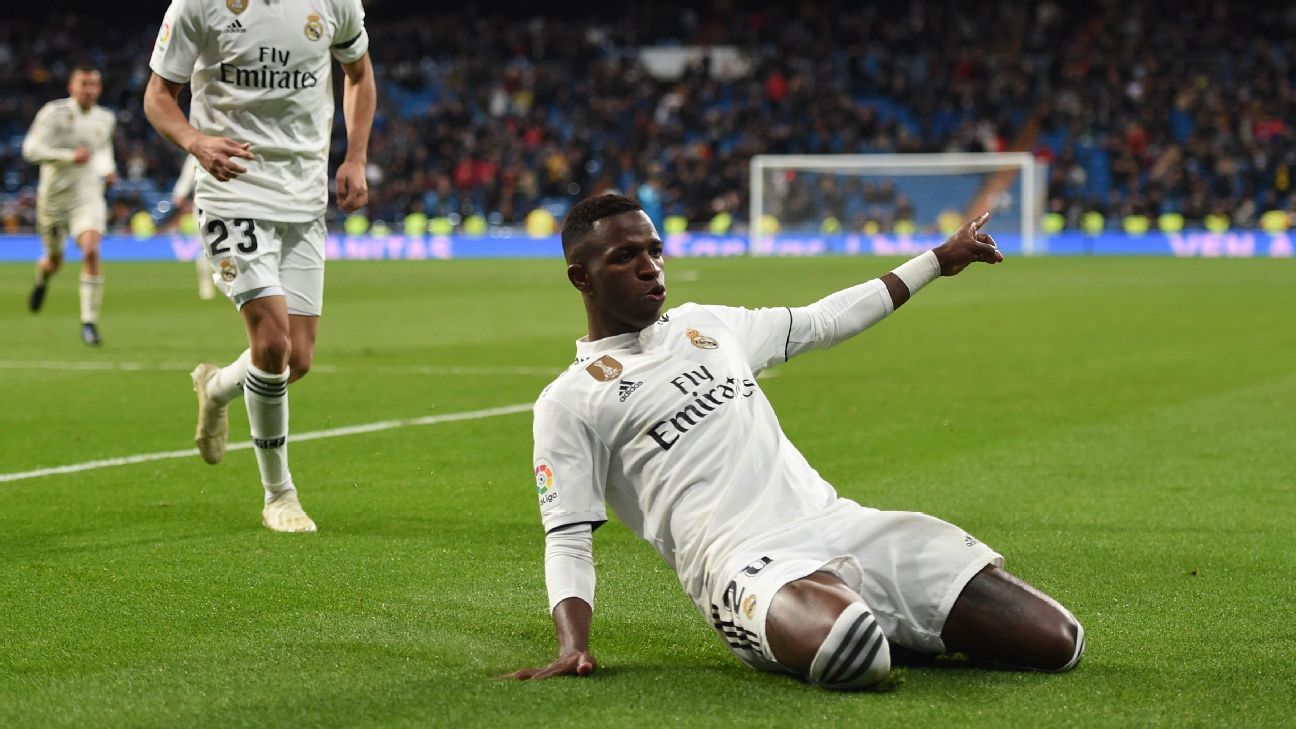 Real Madrid teenager Vinicius Junior was roundly praised for his eye-opening display in Wednesday’s Copa del Rey win over Leganes, with coaches and teammates tipping the former Flamengo star for greatness in the years ahead.

With Gareth Bale, Marco Asensio and Karim Benzema all failing to fill the gaping hole left by Cristiano Ronaldo’s departure to Juventus, the 18-year-old Brazilian who began the season toiling in Spain’s third division with Madrid’s reserve side has unexpectedly turned into a figure of inspiration at the club.

Real started the year by drawing with Villarreal and losing to Real Sociedad, falling to the unfamiliar position of fifth in La Liga, an embarrassing 10 points behind leaders Barcelona.

But Vinicius gave a sparsely-attended Santiago Bernabeu something to believe in on Wednesday with a stunning performance in the 3-0 win over Leganes, bringing fans to their feet with a spectacular volley which rounded off the scoring.

“Hope is called Vinicius,” raved Spanish newspaper Marca, and the Brazilian was also lauded by his coach and teammates.

“Vinicius transmits joy, he has always hasd talent but to show it at the Bernabeu speaks volumes of his ability,” said coach Santiago Solari, who has faced fierce criticism for Real’s limp start to 2019.

“He is brave, he takes players on and destroys defences in a way that we see less and less these days.”

Vinicius was signed by Real from Flamengo for €40 million ($46m) but was seen as a future prospect and was barely given a chance by Solari’s predecessor Julen Lopetegui, who was sacked in October.

“If he continues like he is now and surrounds himself with people who support him he will have a huge future,” added Real defender Nacho.

“He still has to work hard, but he is demonstrating that he is a spectacular player.”

With seven players including Bale, Asensio and Toni Kroos unavailable due to injury or suspension, Vinicius is almost certain to start against Betis, a game Real badly need to win to kickstart their bid to return to the top four and ensure they qualify for next season’s Champions League.

Betis, who are four points and one place behind Madrid in the standings, are of the most attractive sides in the league and became the first team in over two years to beat Barcelona at the Nou Camp.

Barca, who have stretched their lead over nearest challengers Atletico Madrid at the top of the table to five points, host Eibar on Sunday, while Atletico entertain Levante and third-placed Sevilla visit Athletic Bilbao.