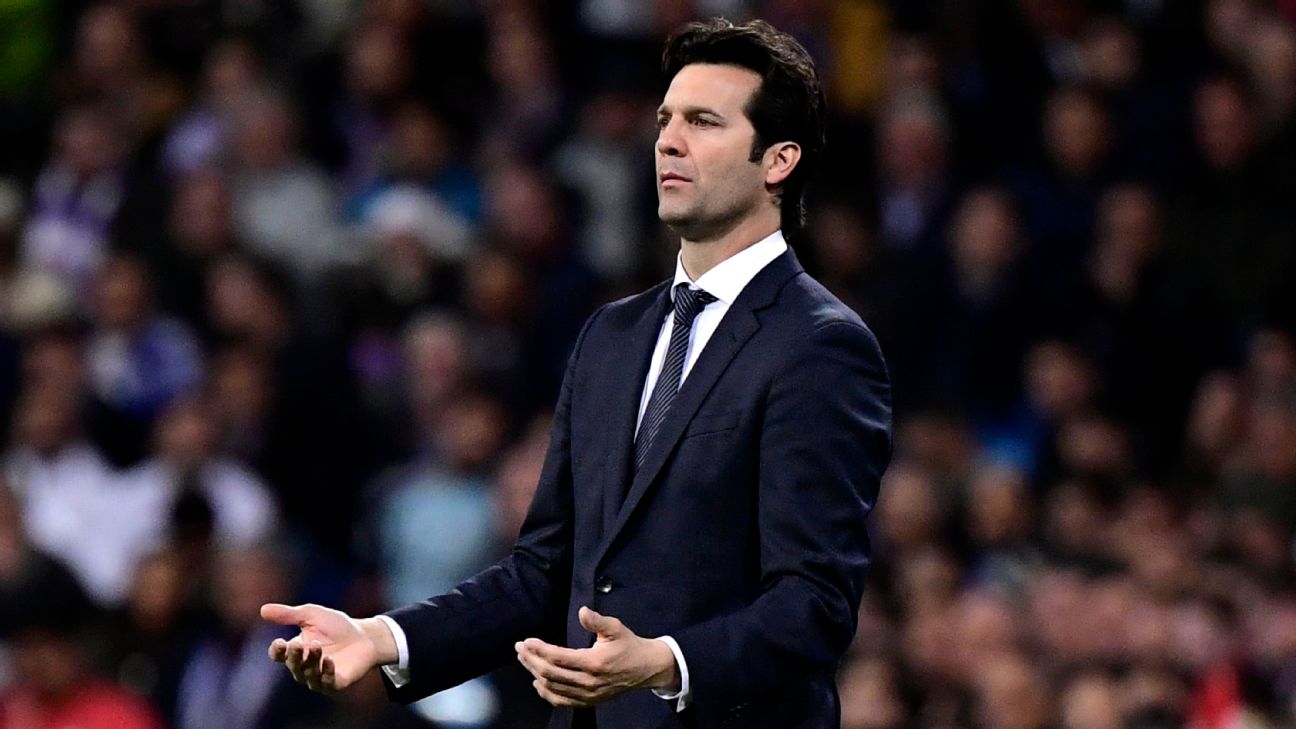 Real Madrid coach Santi Solari told ESPN “if we knew the future we would all play the lottery” in response to questions about his tenure at the club after they crashed out of the Champions League on Tuesday night to Ajax.

The defending champions suffered a shock 4-1 defeat at the Bernabeu — a third home loss in seven days — to go out of the competition 5-3 on aggregate despite leading 2-1 from last month’s round of 16 first leg in Amsterdam, and former Manchester United boss Jose Mourinho is linked with a return to replace Solari.

When quizzed on his future, Solari told ESPN: ”Who knows [what the future holds]. If we knew the future we would all play the lottery.

“It was a tough week for us. Three important games in a row and it didn’t turn out the way we wanted. Sometimes football is that way. I don’t have much more to say.

“We need to dedicate ourselves to work, and not give up. In this tough year, which we knew may be tough and it is proving to be tough, but here we are playing with our hearts.

Mourinho, who recently said that he wouldn’t have a problem returning to the Spanish capital for a second spell at the club, has played down reports he is set to replace Solari.

“It makes me proud, but Real Madrid have a manager,” Mourinho told La Sexta. “Obviously, it’s flattering, but nothing more than this.

He added: “I have not sent any message to the players because of the rumours, but they know that when they have won, I was happy and they know that I am not happy at all with what happened [against Ajax].”

Mourinho also said that the focus should be on what this Real Madrid side has achieved rather than its demise.

“I saw the elimination,” Mourinho said. “It’s surprising but I see it in a very respectful way for everything they’ve done before.

When asked whether he would like to see Mourinho return to the Bernabeu, former Real Madrid president Ramon Calderon told ESPN: “Absolutely not. I’ve already mentioned the amount of damage he caused here.

“His style of play is not what the Bernabeu wants. What the fans want is what we’ve just seen from Ajax; bravery, aggression with a lot of speed and boldness. Mourinho doesn’t do this.

“I believe that he will be here next year as he’s the only manager who the president respects and it’s because he puts the dressing room in order and he demands the players to work hard.”

Madrid defender Nacho, who received a late red card in the match, admitted that it was always going to be difficult for the club to win the competition this season after securing four titles in the past five seasons.

“It’s true that we weren’t going to be winning the Champions League all of our lives and kings fall,” he said. “A night like this would have happened sooner or later.

“We are destroyed. We are not accustomed at this point of the season to be out of contention for every title. It’s very complicated. We are out of the Copa and the Champions League and La Liga looks almost impossible. I think this is a turning point for this club.”