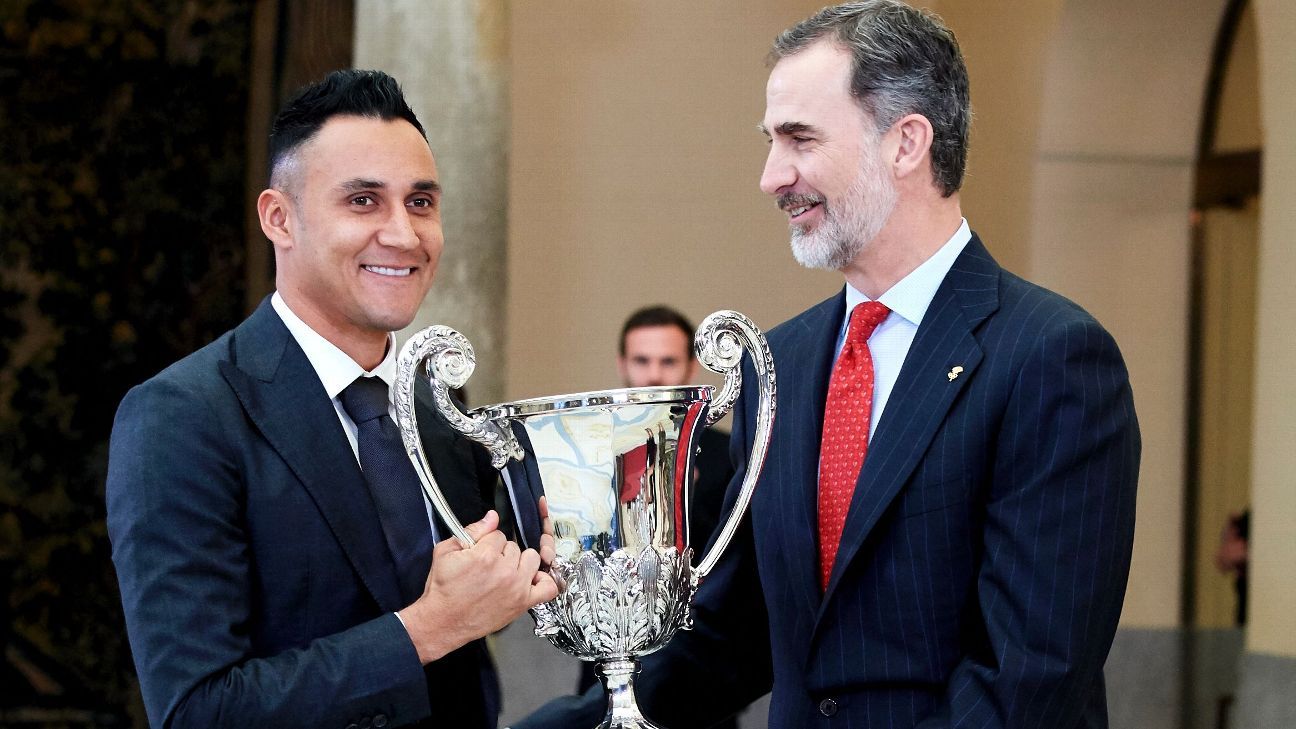 Real Madrid goalkeeper Keylor Navas has said he will leave the club the moment realises he is no longer first choice.

The Costa Rica international had been the club’s No. 1 since the 2015-16 campaign when Iker Casillas moved to Porto. Navas started all three of the Champions League finals Real Madrid won in a row from 2016 to 2018. However, last summer, Los Blancos signed Thibaut Courtois from Chelsea for £35 million and Navas has not featured in La Liga since Aug. 26.

An injury to Courtois may present the 32-year-old with a run in the first team, but Navas has said he is always confident he will be first choice.

“The day I do not think I can be a starter, I’m going home,” Navas said after picking up his National Sports Award 2017 from King Felipe VI of Spain. “I have always worked for that [to be the Real Madrid No. 1] but then there’s one person who decides and we have to work and do things right when it’s time to play.

“I have to wait. We don’t know what’s going to happen [with Courtois’ injury.] Only the manager knows. I am 100 percent available to the coach — we have to be united.”

Reports have suggested Navas could sign a new deal at the club — and he said he is hopeful of staying long-term.

“I see myself here for many years,” he said. “I will always fight.

“Nobody knows the future but I live in the present, which is Madrid and I will continue to give everything.”